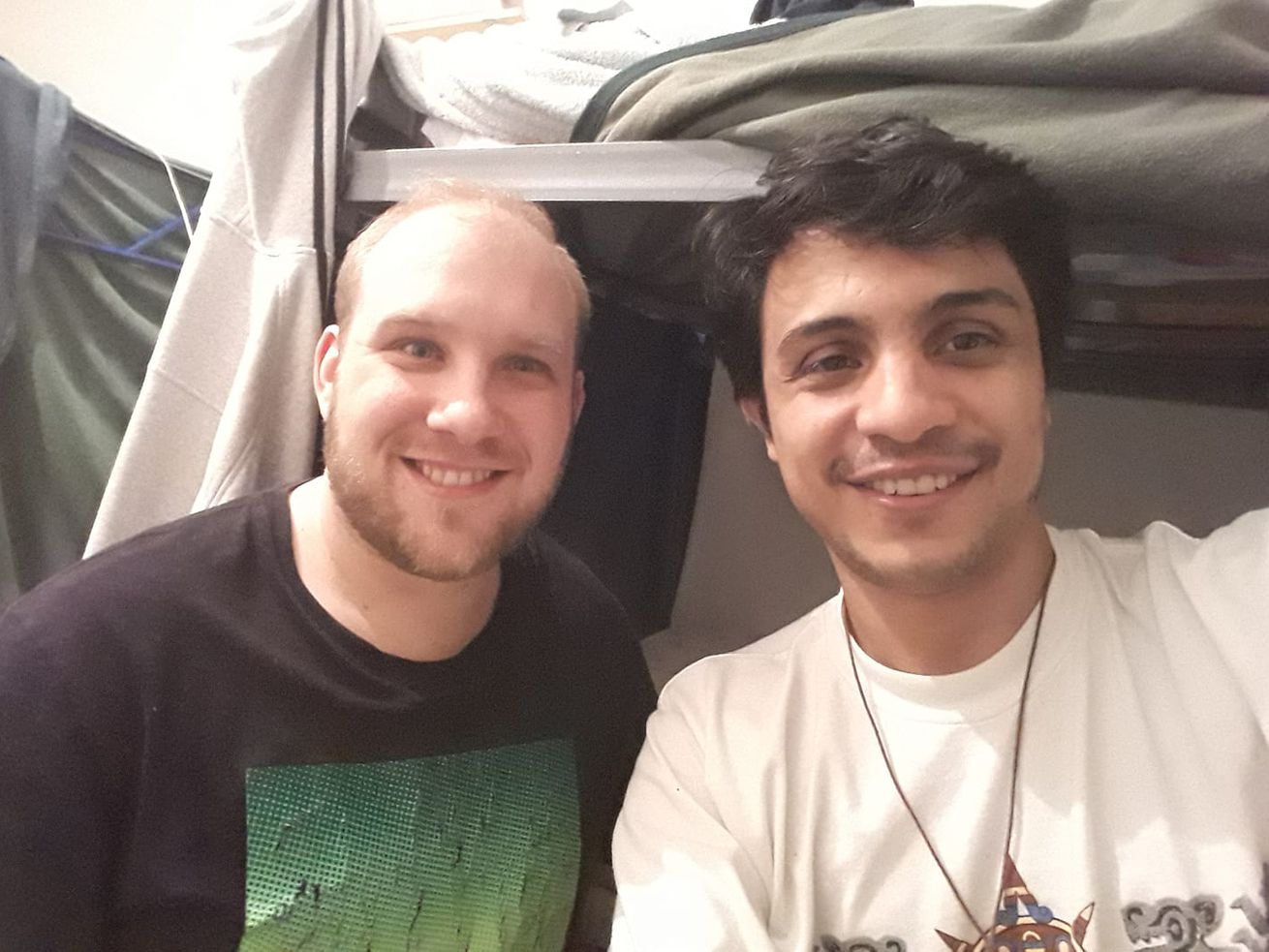 When Lorent Saleh finally won his freedom from El Helicoide, months after Josh Holt’s release, Holt shared this photo of the two of them from their time in prison together on his Facebook page. | Josh Holt

Editor’s note: This is the latest in a series of articles related to the KSL Podcast, “Hope in Darkness.” Find all episodes at kslnewsradio.com/hope-in-darkness.

SALT LAKE CITY — A class divide between political and common prisoners inside Venezuela’s El Helicoide prison, in part, led up to a riot there that threatened the life of a Utah man.

Josh Holt had been held by the Venezuelan government for 23 months when the prisoners revolted in May 2018. The uprising, its causes and how it finally ended are the subject of the latest episode of his podcast, “Hope in Darkness: The Josh Holt Story.”

A locked gate at El Helicoide served as both a physical and a metaphorical divide between political prisoners, those jailed for disagreeing with the Venezuelan government, and common prisoners, those serving time for “typical” crimes such as robbery, murder, assault and fraud.

Prison officials kept the political prisoners in cells above the locked gate in the prison’s ramping hallway. There, they received more privileges than the common prisoners on the other side of the gate.

On the morning of May 16, 2018, guards unlocked the gate for a planned visitation day, when prisoners could host guests in the hallway.

A political prisoner named Gregory Sanabria, who had accused his cellmate of stealing his Wi-Fi device, stood near the top of the hallway, within sight of a room the political prisoners used as a gym because it had free weights.

His cellmate had connections in another cell on the common prisoners’ side of the gate.

“There are certain prisoners that run that jail on the inside, and the guards just guard it from the outside,” Josh Holt said of the common prisoners in question. “You could kind of see this cell as being one of those. … There were upward of three, four people that would actually run that cell and tell people what to do, where to do it. … And two of those people that were leaders in that cell happened to be connected to this one person that Gregory was getting it into.”

That day, another political prisoner who became a friend of Holt’s, Gabriel Valles, said the guards helped set Sanabria up for a confrontation with the people in that cell. He described what happened next as a trap laid to ensnare Sanabria.

“Gregory didn’t realize that they were there, and they ended up grabbing Gregory and throwing them in between two locked cell doors so that no one could come in and no one could go out,” Holt said. “They had one person holding the door so that Gregory was stuck.”

Valles shared video to Instagram documenting the beating Sanabria endured. One eye was swollen shut, and purple bruising covered half his face.