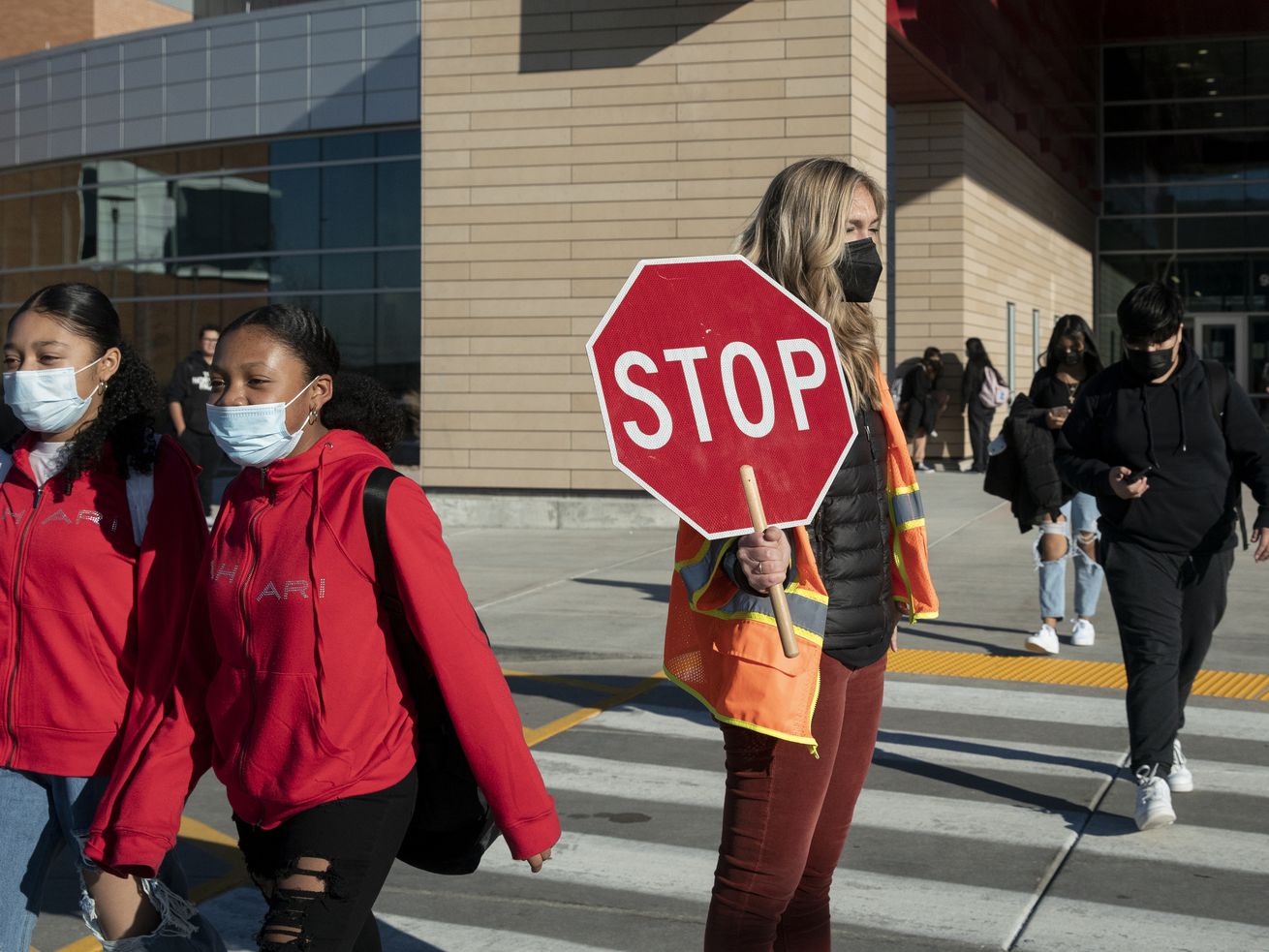 Most student masked up, but hundreds of parents seeking exemptions

Salt Lake students had already been wearing masks to school under an earlier city order so there was no noticeable difference, said district spokeswoman Yándary Chatwin.

The county order recommends the use of respirator-type masks, which the school district also recommends, but it does not have sufficient numbers on hand to provide one to every student and staff member every day.

“Accordingly, we will encourage use of them, but students will not be penalized if their face covering is not a respirator,” said spokeswoman Yándary Chatwin.

Some parents were seeking exemptions from mask-wearing in schools districts in the county, which was also the case last spring before state officials lifted the requirement.

Canyons School District received some 600 exemption requests from schools across the district on Monday, although the majority of requests came from the Draper area, said school district spokesman Jeff Haney.

How to get involved in the Utah Legislature, whether you have 5 minutes or all day

“We encourage parents who wish to submit their exemption forms to contact either the district office or their child’s school and it will be sent to them,” he said.

Both Granite and Murray school districts reported about 99% compliance to the order.

While the order is in place for 30 days, Murray District spokesman Doug Perry said that is only 19 school days and most parents are aware of changing conditions due to the rapid spread of the omicron variant.

“I think the collective hope is that in February everyone can resume the protocols we began the school year with. In the meantime, we are appreciative of the kindness and respect we have seen displayed among our district students and their families,” he said.

Implementing the mask order was just one of several challenges school districts face on Monday as the variant’s spread resulted in teachers, school bus drivers and other school employees calling in sick or quarantining after testing positive for COVID-19.