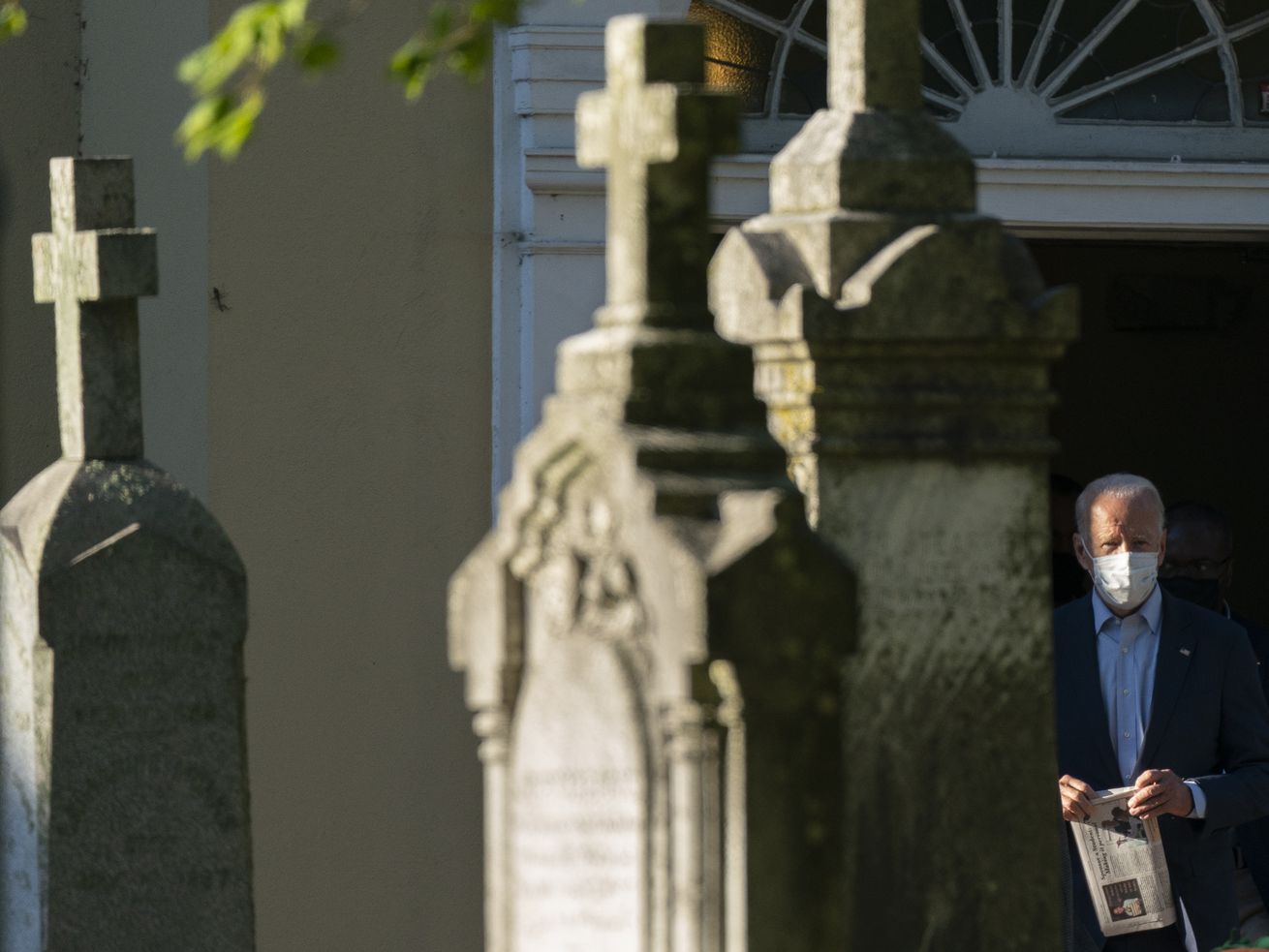 Without much fanfare, Biden will become the second Catholic U.S. president since John F. Kennedy in 1960

The Rev. Martin Diaz was 9 years old in 1960 when John F. Kennedy became the first Catholic president of the United States.

What the rector of the Cathedral of the Madeleine in Salt Lake City remembers most from that time is the famous line from Kennedy’s inaugural address, “Ask not what your country can do for you — ask what you can do for your country.” But seeing a member of his faith rise to the highest office in the land meant something more.

Spenser Heaps, Deseret News
The Rev. Martin Diaz prepares to offer communion to those attending Mass at the Cathedral of the Madeleine on Tuesday, May 12, 2020.

“It was a source of pride,” Father Diaz said. “I’m a Catholic kid and one of my group is now president. … I was devastated when he was assassinated.”

While Kennedy received close to 80% of the Catholic vote in 1960, Catholic voters were split between Biden and President Donald Trump. Father Diaz realizes times have changed and opinions are mixed, but he hopes the new president will use his understanding of Christlike values to engineer positive reform.

Inside the newsroom: Can the example of others convince you to get a vaccination?

“Going forward, I think that he will put emphasis on issues that are important not just to Catholics, but to everyone,” said Father Diaz, one of more than 300,000 Catholics in the Beehive State.

It’s one of various opinions expressed by Catholics in Utah as Biden prepares for his inauguration on Jan. 20.

The first point made by Mickey Gallivan, a nonpracticing Catholic who lives in Salt Lake City, was that Biden’s Catholicity didn’t appear to be an issue in his campaign, although former Notre Dame football coach Lou Holtz called him “Catholic in name only.”

“I was not aware of any ‘Catholic’ political movement for or against Joe Biden. He certainly didn’t try to use it, or consciously avoid it, during his campaign,” Gallivan said. “So much of Catholic politics is built around the abortion issue. Biden certainly was open about his pro-choice position. But I didn’t hear any conversation about his Catholicism being an issue.”

If Biden were more aligned with the Catholic faith, especially regarding life issues, perhaps more Catholics might feel better about him as president, said Father John Evans of St. Thomas More Catholic Church in Cottonwood Heights.

“Beyond the big political issues, the fundamental part of the respect for the dignity and the value of the human person is what is preeminently on the table for Catholics,” Father Evans said. “Because without that, everything else can fall like a …read more