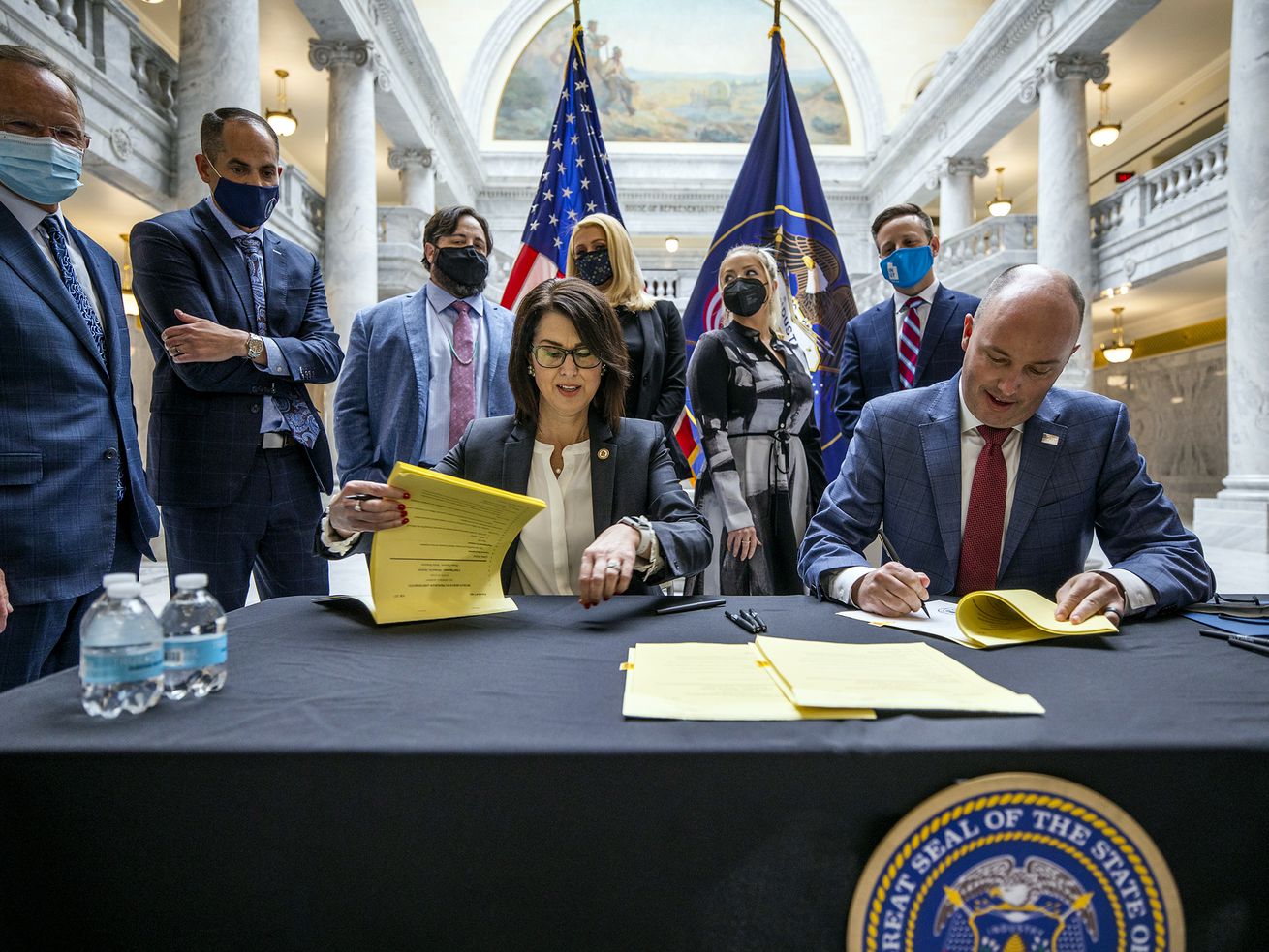 From police reform to pandemic response, the changes to Utah policies made by lawmakers during the annual legislative session that ended in March will begin on Wednesday.

Here’s a look at the impact some of the 502 bills passed by the 2021 Legislature could have on your life.

Ben Brewer, Deseret News
With well over a thousand gun enthusiasts in attendance at the South Towne Expo Center during the 2013 Rocky Mountain Gun Show, weapons were well-displayed for potential buyers, Jan. 5, 2013.Our safety

Utahns will no longer need to acquire a permit to carry a concealed weapon under HB60, but permits will still be needed for traveling to states with permit reciprocity agreements. HB216 allows residents under age 21 to apply for and carry a concealed weapon with a provisional permit.
A slew of bills related to police officers and their use of force will also become law: SB106 will establish more uniform use-of-force standards across the state. SB157 implements a program to assist cities and counties to establish citizen advisory boards. SB13 seeks to ensure a police officer can’t skirt an internal investigation simply by jumping to a new police department.

Law enforcement and peace officers will be required to go through training to familiarize them with autism spectrum disorder and other mental disorders under HB334.
Lawful permanent residents of the U.S. who have lived in the country for at least five years and who have legal authorization to work here can now qualify to serve as a police officer or dispatcher through SB102.

SB34 places limitations on the circumstances when government entities may use image databases for facial recognition comparisons.
For juvenile, nonrepeat sexual offenders charged in district court, SB50 lets them stay off the sexual offender registry and receive a sentence consistent with what would be made in juvenile court.

Gang enhancements will be limited to only apply to crimes committed by three or more people instead of two under SB51.
After noting a rise in first responders suffering mental health effects due to their jobs, the Legislature passed HB248, which will pay for new programs geared to first responders throughout the state.

In DUI accidents involving serious injury or death, HB47, also known as “Sarah’s Bill,” allows courts to refuse releasing a suspect on bail if the court finds they will be a danger to the community if released.
Those who commit domestic violence and already have two previous domestic violence convictions within the last 10 years will see …read more