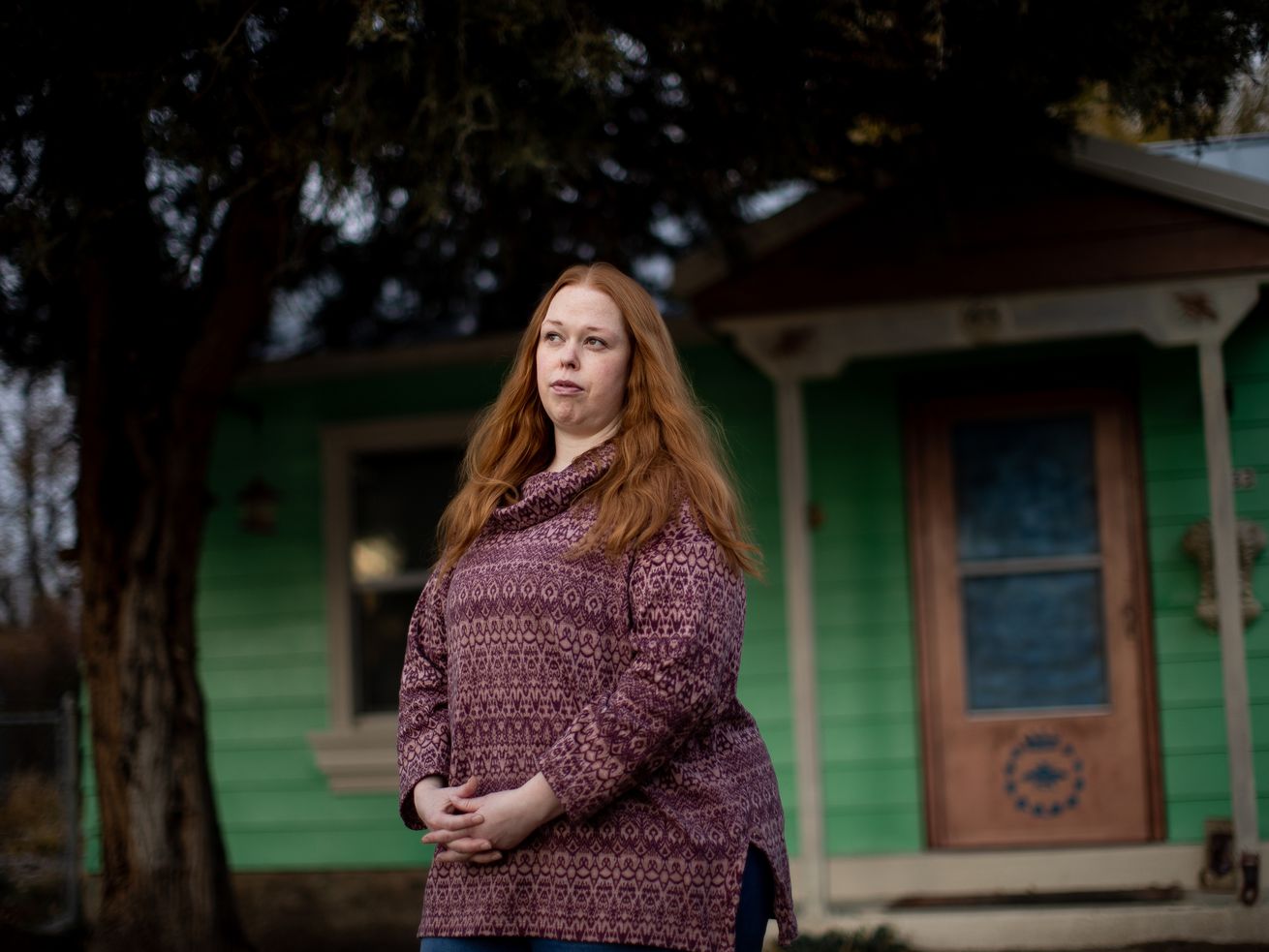 Katie Black Wood poses for a photograph outside of her home in Layton on Tuesday, Nov. 17, 2020. Wood’s 70-year-old father, Tom Black, is an inmate at the Utah State Prison and has contracted COVID-19. | Spenser Heaps, Deseret News

Black, 70 years old and short of breath, called to say he tested positive for COVID-19, a development his family believes has exacerbated his Parkinson’s disease. Six other inmates who lived in the same wing of about 200 — the prison’s oldest and those in poor health — have died after getting the coronavirus.

Black believes he may be next. Once others around him fell sick, he telephoned to discuss his funeral and the money he had saved to cover the cost, said his daughter, Katie Black Wood.

“He says he’s just going to die,” Wood said. “He feels like he’s dying right now. But they haven’t taken him to medical or anything. They’re just letting them get worse, where he can’t even push numbers on a phone.”

When the state confirmed the virus had infiltrated Black’s dormitory, advocates and family members ramped up calls for the release of those most susceptible. While the prison has sent home more than 1,100 early in order to free up room, remaining inmates are alleging a lack of medical care, including for older, ill men who have the virus.

Seven men ranging in age from 50 to 82 years old have died after testing positive for COVID-19, with three drawing their final breath this week. Dozens more are hospitalized.

Fellow inmates have reported that a 71-year-old man in the same Oquirrh 5 facility as Black had complained that he couldn’t breathe for about four or five days before being hospitalized Nov. 14. They contend he struggled to stand up and had blue lips and fingernails, said Sara Wolovick, an attorney with the ACLU of Utah who has been in touch with those inside the prison. The inmate died Tuesday.

“We’ve been hearing disturbing reports about people having serious symptoms for days,” Wolovick said. “They might have talked to med-techs but are not being taken to the infirmary, so the symptoms just persist.”

More than 1,100 prisoners — roughly a quarter of the population at its Draper and Gunnison sites — have tested positive for the virus as of Friday, according to the Utah Department of Corrections.

The first outbreak, attributed to an infected medical worker who treated inmates while asymptomatic, began in late September.

In response to a question about protocol for monitoring and caring for sick inmates, the prison reiterated its infirmaries offer comprehensive medical care, …read more