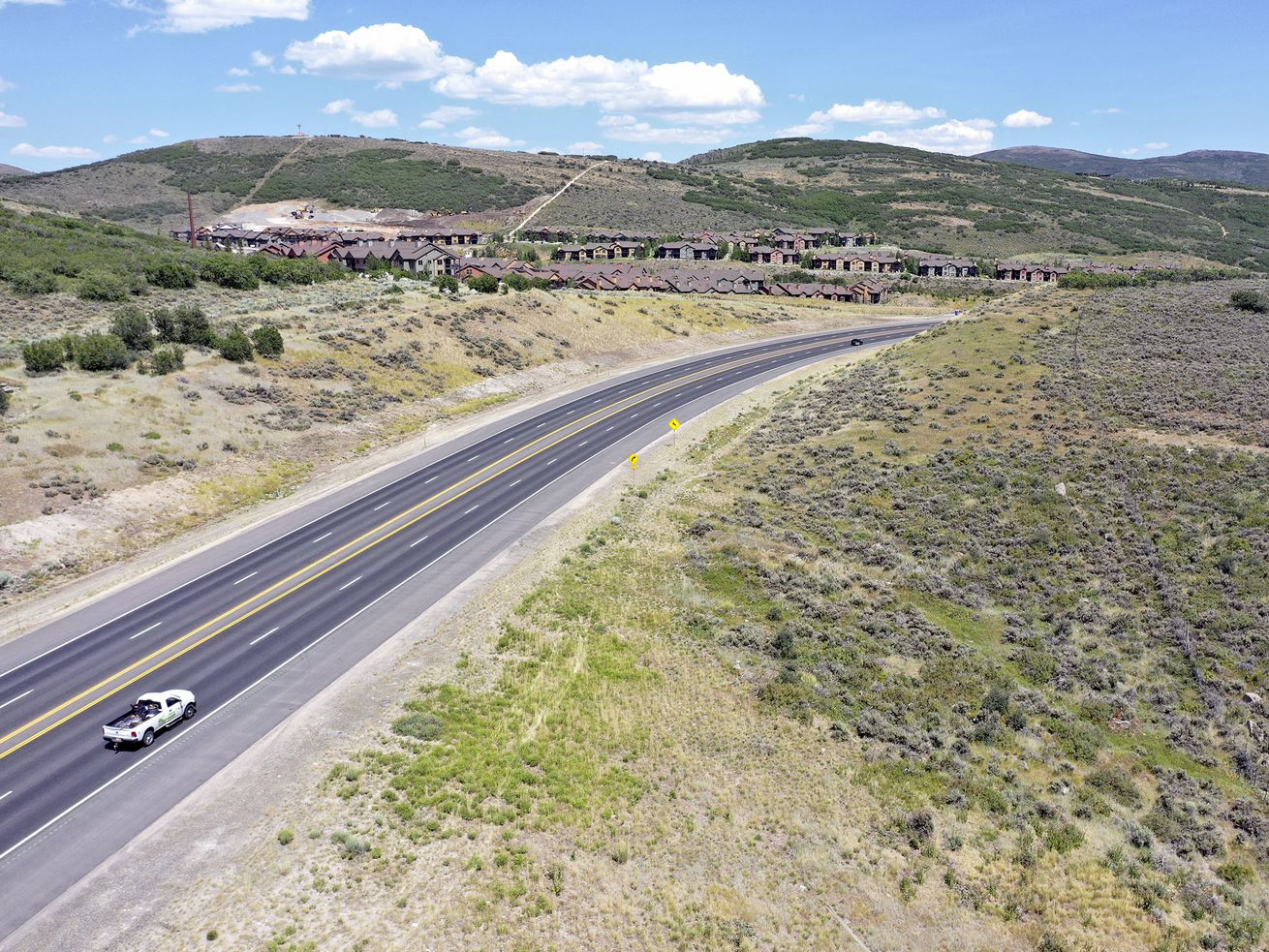 The town of Hideout wants to annex hundreds of acres from Summit County and Wasatch County, including land on both sides of state Route 248, near the Black Rock Ridge community, in Wasatch County on Monday, July 20, 2020. | Kristin Murphy, Deseret News

HIDEOUT, Wasatch County — After a four and a half hour meeting, and with several conditions and caveats, the Hideout Town Council voted 3-2 to annex 350 acres east of Park City.

“I think we may have reached the right balance at this point of protecting ourselves and being able to move forward,” said Councilwoman Chris Baier, who joined with Ralph Severini and Jerry Dwinell in voting to approve the annexation.

It was Baier’s argument that helped sway Severini and Dwinell to vote for the annexation, which she argued the town needs to support its growing population.

Hideout officials spent the first two hours of the meeting reviewing a scaled down version of a development first proposed this summer, when they voted to annex about 655 acres. However, legal challenges from Park City and Summit County resulted in a judge blocking that annexation, and the Utah State Legislature repealing the law allowing this type of annexation.

That repeal is set to go into effect Monday, so Hideout officials had to decide if they wanted to make a second attempt at a revamped annexation or try and work with Summit County officials on a plan to provide more commercial development to serve the community of about 8,000 residents. Park City and Summit County have been fighting to keep the area as open space.

This Gorgeous Mercedes-Benz 300SL Gullwing Is Up for Grabs

The first four council members said they liked the development plans, but felt the rushed timeline didn’t allow for the development to be adequately studied, including traffic plans and access to new housing developments.

“I think we have gotten so far into the weeds, I don’t think even a nine iron can get us out of here,” said Councilman Bob Nadelberg as the meeting approached 11:45 p.m. “We need to move forward and get a vote … I feel like we’re rushing this. It’s ridiculous. We need to go through a more traditional process.”

To do otherwise, he said, would be “asking for trouble.”

Dwinell and Severini expressed more confidence that they could work with Summit County officials. But Baier, who spoke last, said she shared some of her colleagues’ concerns with the process and the need for further study of certain issues, but she felt less confident that Summit County would work with them to develop the land in the way Hideout envisioned.

“Currently, an annexation across county lines, without the approval of that county, is legal,” she said. “Going back to the project itself, I’m a little disappointed we couldn’t get more commercial and mixed use in there. I do agree with my council members who have said, we really need more time to study the things we don’t know.”

She continued, “But I’m going to say this. I’m not as optimistic as the rest of my fellow council …read more