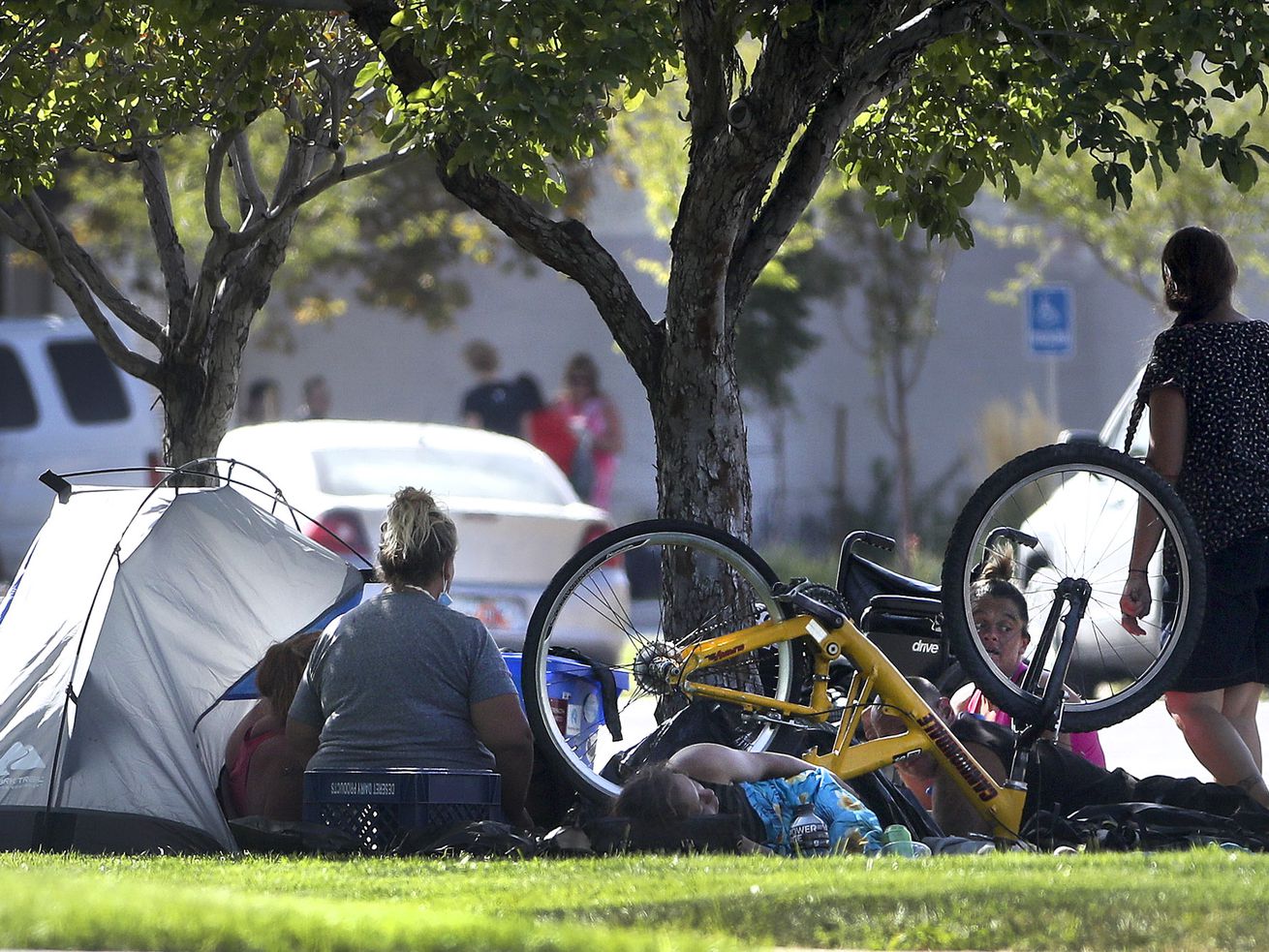 Brooklyn sat on the grass wrapped in a hooded sweatshirt with his legs tucked in a sleeping bag. His mates, Christian and Richard, stood nearby. This is homelessness in Salt Lake City

The temperature was in the mid-40s Saturday afternoon, but when Salt Lake’s cityscape blocked the low, late-afternoon November sun, the cold in the shadows felt much more biting.

Brooklyn sat on the grass wrapped in a hooded sweatshirt with his legs tucked in a sleeping bag. His mates, Christian and Richard, stood nearby, about 100 yards north of a group of about 25 others camped on the corner of 100 South and 200 North in Salt Lake City.

A few feet east up 100 South were a dozen more people scattered in two groups. Most would settle in for the night; others would wander east a full city block farther up the road, where a group of four, sitting on a strip of grass outside the 7/11 had grown to 10 within an hour. One woman there was also using a sleeping bag to fight the chill.

“Where are you sleeping tonight?” I asked, as I started to get to know the guys.

Christian and Richard said they’ve known each other for 30 years. Richard grew up in the Avenues nearby. His grandparents lost their house, his father died, and after a military stint things didn’t go well. Christian and I didn’t go deeply into his story. Brooklyn — his street name — said he, too, was a military veteran, listing a few tours, including Afghanistan. He was the one who responded to my question about where they would sleep.

“Right here,” he said, pointing to the stretch of grass.

When I asked if services for veterans were helping them at all, all three laughed. This was the immediate, big kind of laugh reserved for the uninitiated and uninformed.

“Nothing against you,” they said to me, “but they ain’t helping.”

I asked Christian if a tent would help him get back on his feet?

“I need to help myself,” he said, taking responsibility for his current circumstances. But a tent and a place to put it would be a start, he agreed. Richard then weighed in:

“We’d even move it every 16 days if they wanted us to.” They just want to be able to live without being rousted.

Deseret News reporter Katie McKellar and photojournalist Jeffrey Allred today present their exploration of a possible solution for Salt Lake City. They traveled to Austin, Texas, in search of both short- and long-term solutions that have caught the attention of city leaders across the country, including in Utah.