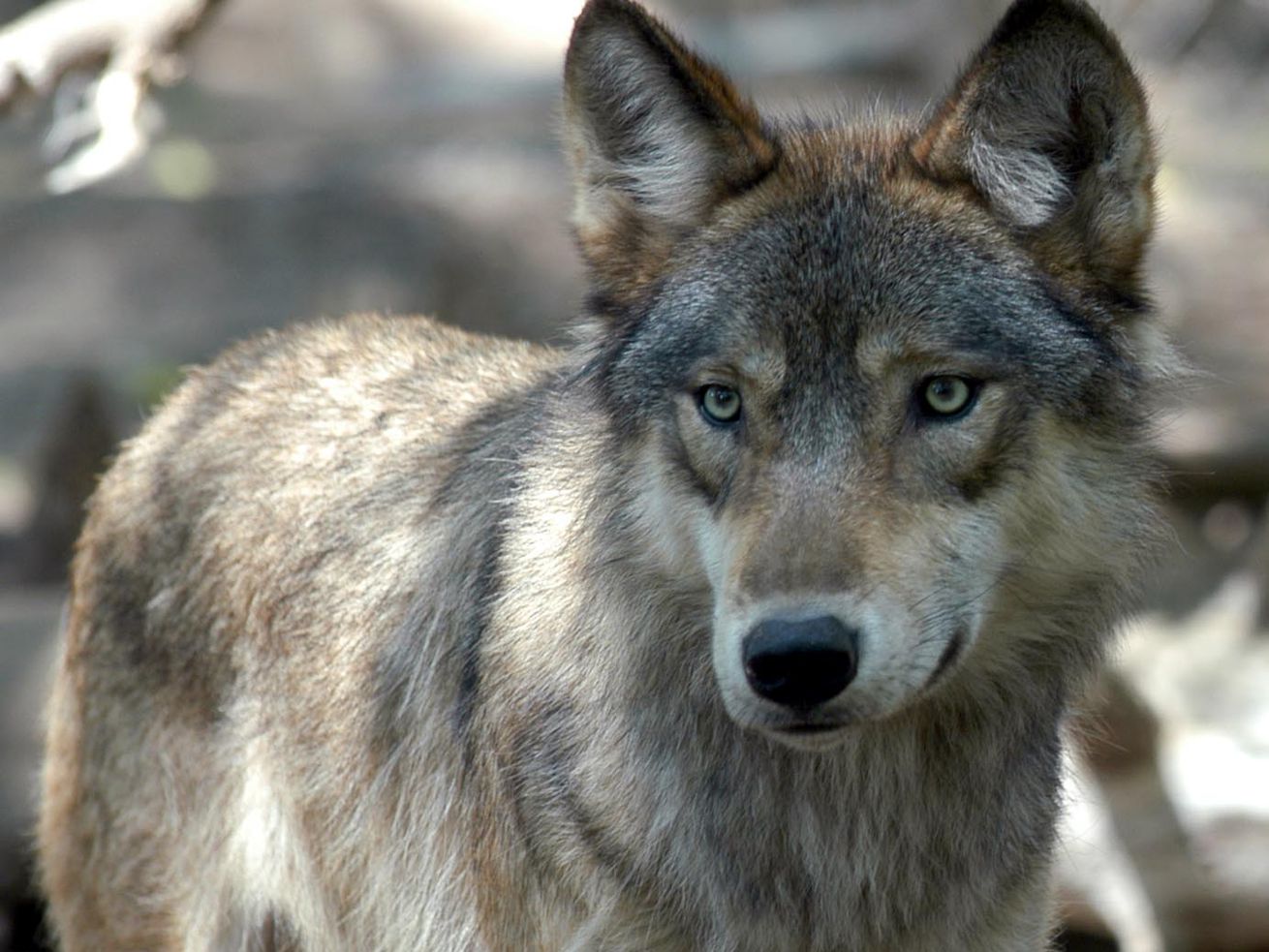 A gray wolf is pictured at the Wildlife Science Center in Forest Lake, Minn., on July 16, 2004. Utah Division of Wildlife Resources say a hunter recently found a dead animal near Duchesne that is either a wolf of wolf hybrid. | Dawn Villella, Associated Press

Hunters in Duchesne recently found what they thought could be a dead wolf near a gas station along U.S. Route 40 in Duchesne last week. After officials from the Utah Division of Wildlife investigated, they said it was more likely a wolf-dog hybrid.

Turns out, it was actually a German shepherd.

That’s according to wildlife officials, who made the announcement Friday after confirming the animal was a pet that was hit and killed by a vehicle.

Conservation officers with the Division of Wildlife learned that a Duchesne resident with a black German shepherd witnessed his dog get hit by a vehicle. The dog died, and the elderly owner was unable to remove it, according to a press release from the division.

Utah Division of Wildlife Resources
An animal that wildlife officials said could be a wolf or a wolf hybrid is pictured dead on the side of U.S. Route 40 near Duchesne on Tuesday, Jan. 4, 2022. Wildlife officials have confirmed the animal was a domesticated German shepherd.

After the animal was found, biologists noted the animal’s claws had signs of wear, as if they had been repeatedly scratched on a hard surface. It had brown color between its toes and the back of its legs — black wolves usually have gray or white coloring there, but not brown. It was also roughly four feet long, while most wolves usually span between five and six feet.

Tonya Kieffer-Selby, conservation outreach manager stationed for the division’s Vernal office, said the carcass had characteristics of a wolf-dog hybrid. But she even drew comparisons to a domesticated dog, telling the Deseret News last week it was “a little bigger than a German shepherd.”

“It could be that it was someone’s pet that just got hit at the wrong place at the wrong time,” she said at the time.

Dogs and coyotes are often mistaken for wolves in Utah. “Wolf sightings are commonly reported, but upon further investigation, most of them have turned out to be coyotes or domestic dogs,” said Kim Hersey, the mammal conservation coordinator for the Division of Wildlife.

A fact sheet of the differences between a wolf, a wolf-dog hybrid, a coyote and a domesticated dog can be found on the division’s website.

It’s safe to say any wolf enthusiasts hoping to confirm a sighting of the elusive animal in Utah will spend Friday with their tail between their legs. But the division’s announcement at least throws a bone to the many hunters and ranchers who say wolves pose a danger to livestock and deer and elk herds. Meanwhile, paranormal aficionados …read more