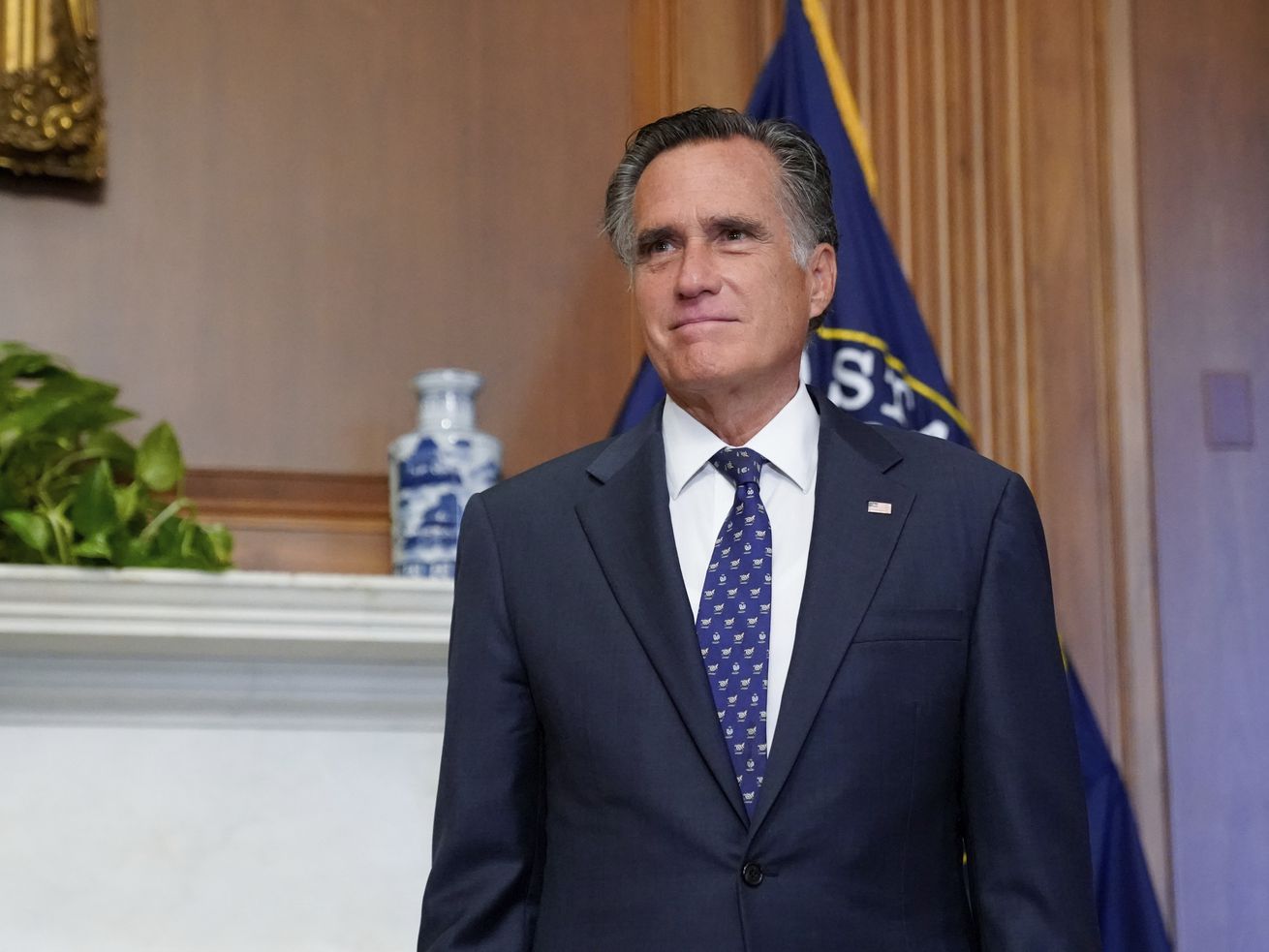 SALT LAKE CITY — Sen. Mitt Romney called for a stop to the “hate-filled morass” that has become American politics, including from President Donald Trump whose character and leadership he has criticized in the past.

“The president calls the Democratic vice president ‘a monster;’ he repeatedly labels the speaker of the House ‘crazy;’ he calls for the Justice Department to put the prior president in jail; he attacks the governor of Michigan on the very day a plot is discovered to kidnap her,” the Utah Republican wrote in a social media post Tuesday.

Romney wrote that it’s time to “lower the heat” and that leaders from the top and leaders of all kinds, including parents, reporters, professors and union chiefs, should “tone it down.”

“The crescendo of anger leads to a very bad place,” he wrote. “No sane person could want that.”

Asked if anything specific prompted Romney’s post, his spokeswoman Liz Johnson said she had nothing to add beyond the statement.

Romney, the 2012 GOP presidential nominee, has stayed quiet as the election approaches, but what he sees in politics has apparently weighed on him. He wrote that he’s “troubled” that it has moved away from spirited debate to “a vile, vituperative, hate-filled morass that is unbecoming of any free nation — let alone the birthplace of modern democracy.”

Romney also condemned Democrats for launching “blistering attacks” of their own, “though their presidential nominee refuses to stoop as low as others.” He ripped House Speaker Nancy Pelosi, D-Calif., for tearing up Trump’s State of the Union speech on national television.

In the midst of my money woes, the instructions for my new kettle prove a welcome diversion

In the same commentary, Olberman said Trump and his “supporters, and his collaborators, and the Mike Lees and the William Barrs, and the Sean Hannitys, and the Mike Pences, and the Rudy Gullianis and the Kyle Rittenhouses and the Amy Coney Barretts must be prosecuted and convicted and removed from our society while we try to rebuild it.”

Lee responded to Olberman’s attack on Parler, a conservative alternative to Twitter, calling it false and defamatory and made with reckless regard to the truth.

“Even worse, it’s just plain evil. I will get death threats over this. Thanks Keith. Thanks MSNBC. I hope you sleep well while my family suffers the consequences of your shameful rhetoric. What the hell is wrong with you?” Lee wrote.

My thoughts on the current state of our politics: pic.twitter.com/oYY4zlX6ZP