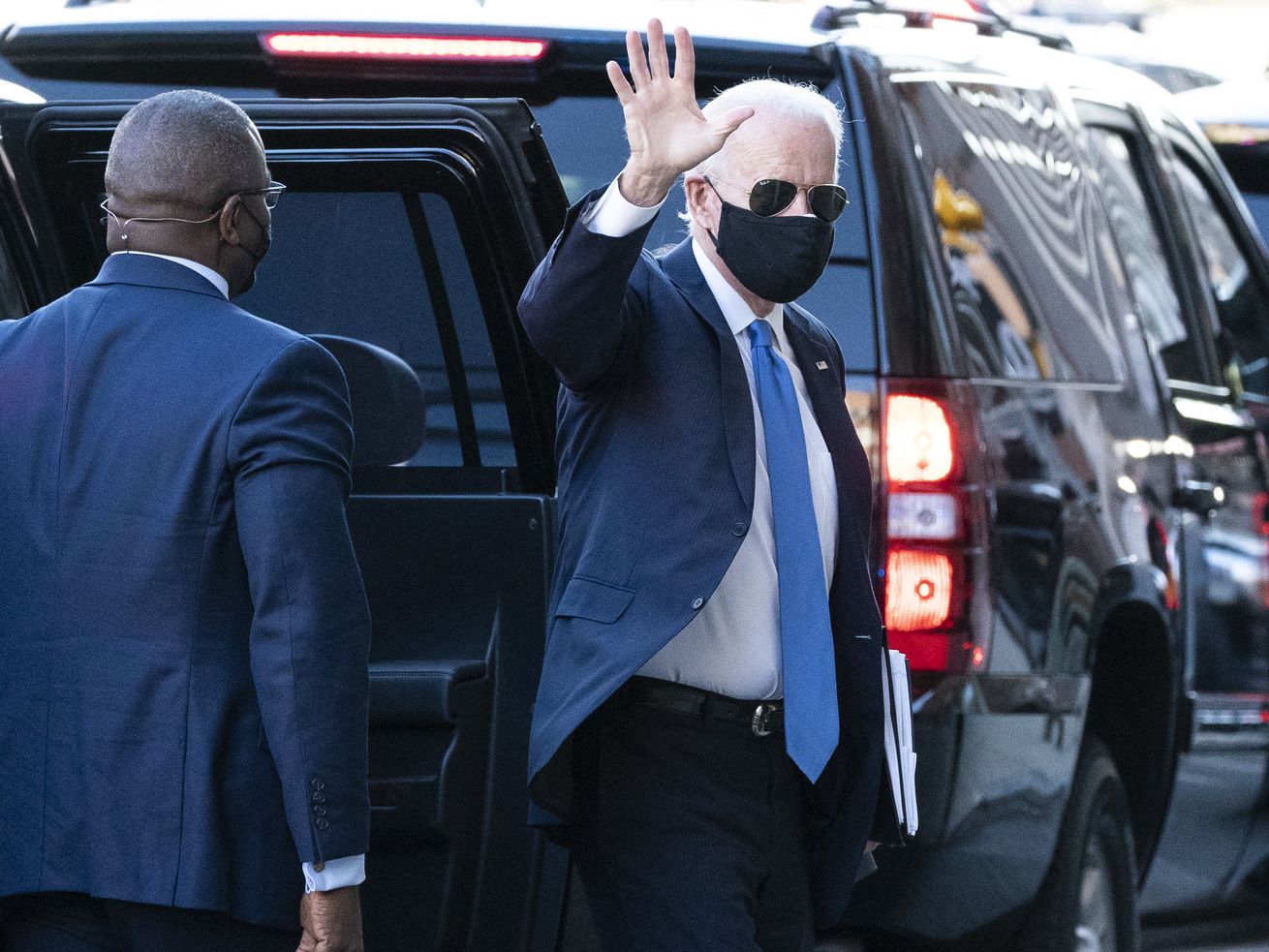 SALT LAKE CITY — President-elect Joe Biden sought to send a message of depoliticized support to cities across the U.S. in a speech Friday during the closing session of the National League of Cities’ virtual conference.

Biden committed to working closely with local governments across the nation when he’s sworn in as president on Jan. 20 — particularly when it comes to tackling the COVID-19 pandemic now ravaging the country. He promised to do so — regardless of whether those cities’ home states voted for him or not.

“I want you to know that my administration will have your back, I promise you,” Biden said in his address in a video recording broadcast during the league’s all-virtual City Summit.

“There are no red cities. There are no blue cities. There are only American cities. American states — period. I really mean that. These are American challenges. We have to meet them with one country, as one country. Not as, as I said, with red and blue states, but the United States. And Vice President-elect (Kamala) Harris and I are committed to being real partners to you so we can coordinate a real nationwide response to these crises.”

Salt Lake City Mayor Erin Mendenhall said she was encouraged by Biden’s words and what they mean to Utah’s capital city — a blue island in the very red state of Utah where a majority of voters supported President Donald Trump.

“As we look ahead to what will be to months of work and eventually recovery for Salt Lakers in the wake of this pandemic, I’m heartened to hear President-elect Biden’s acknowledgment that American cities are on the front lines of the nations challenges, and that his administration has our back,” Mendenhall said in a prepared statement.

“The Biden administration clearly wants to face what’s ahead as one country, and knowing that city leaders have a seat at the table as partners in that recovery is going to be crucial as we look to rebuild stronger and more equitably in our communities.”

Salt Lake County Mayor Jenny Wilson — a Democrat who won reelection against her Republican opponent in Utah’s most populous county, which also leans more liberal compared to the rest of Utah — said Biden’s words were “music to my ears.”

Wilson said there’s “no doubt” that Utah’s COVID-19 surge is “largely due to lack of clarity” from President Donald Trump’s local-control approach to COVID-19.