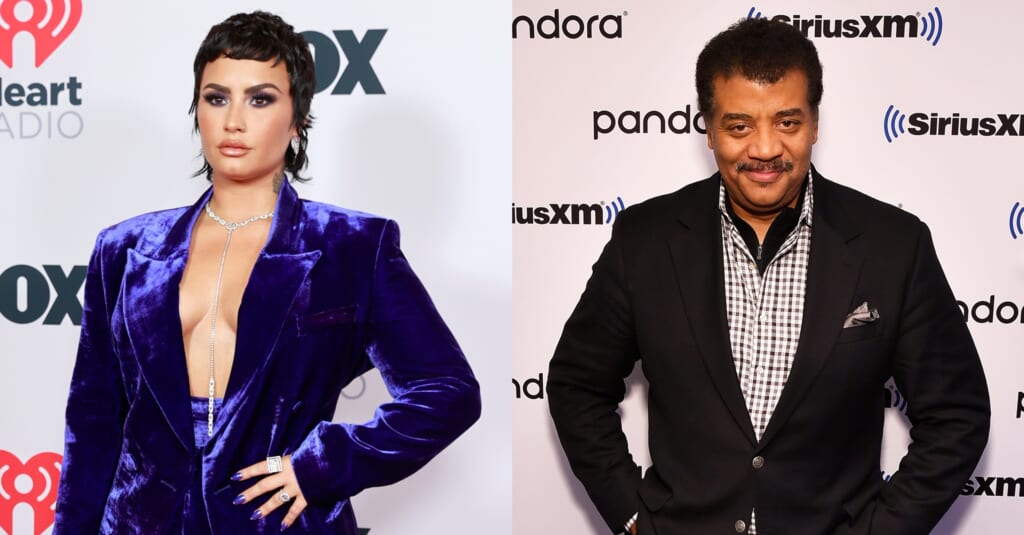 Neil deGrasse Tyson isn’t worried about offending extraterrestrials by referring to them as “aliens,” despite Demi Lovato’s concerns.

While promoting their new show Unidentified With Demi Lovato, the 29-year-old pop star—who uses “they” pronouns—told Australia’s  PEDESTRIAN.tv that people should stop using the new A-word because “‘aliens’ is a derogatory term for anything. That’s why I like to call them ETs!”

Tyson jokingly challenged Lovato’s claim in a new interview with TMZ, saying, “All the aliens I’ve ever met — they have no feelings.”

“So to be worried about offending them by calling them an alien… What thinking is going on in the head of a species of life from another planet?” the famous astrophysicist, author and television host said.

“I know it’s very considerate of [Lovato]. But… Really? Really?”

However, Tyson is “all in” on ceasing usage of the word “alien” to describe undocumented or illegal immigrants, as the New York Daily News notes.

“When I refer to aliens, just to be specific, I always say ‘space aliens,’” he joked before concluding his thoughts on the matter.

“The only invocation for the word ‘alien’ is for creatures from outer space that want to kill us all. Plus, why should I even believe they know English?”