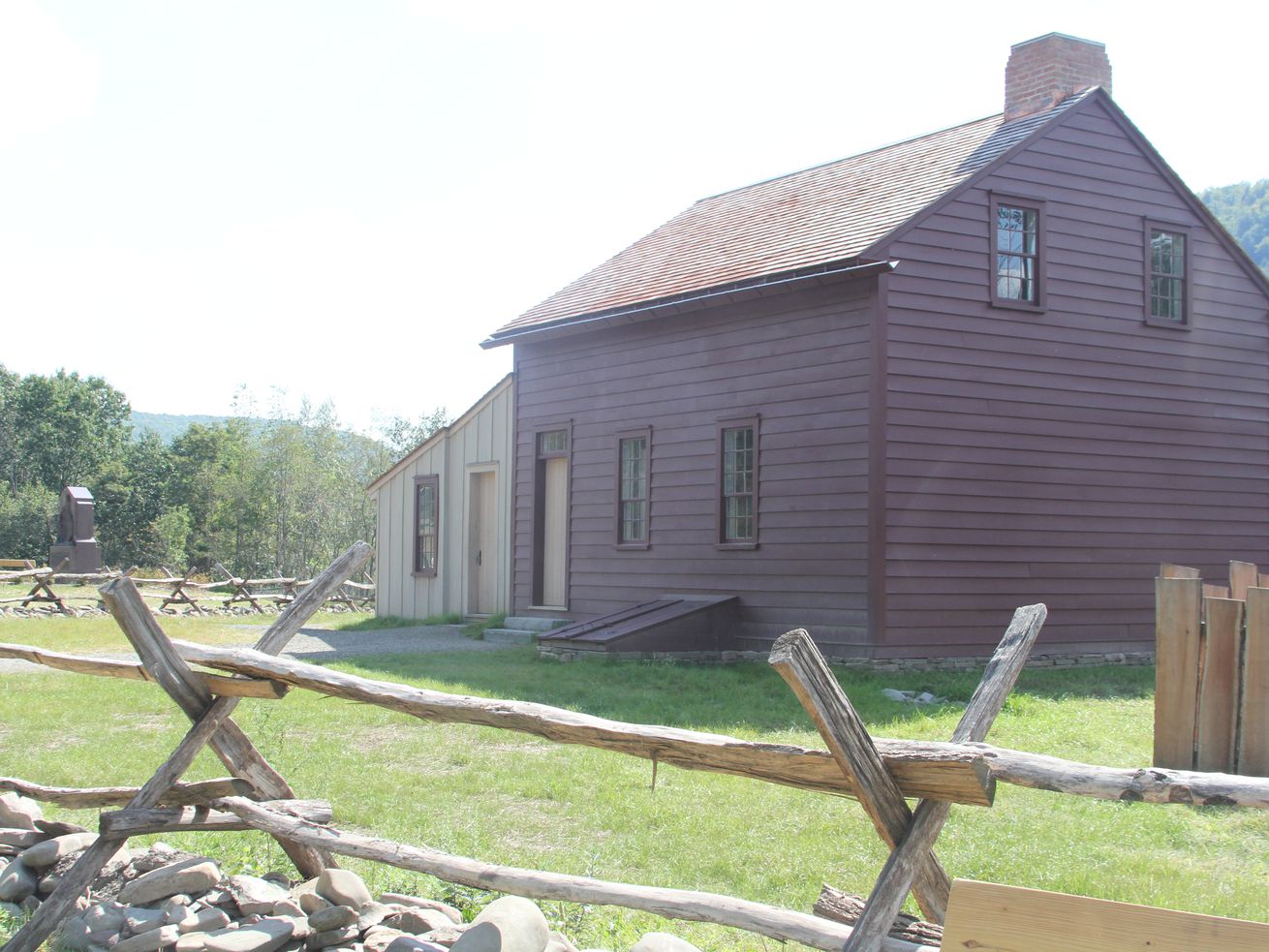 The replicated home of Joseph and Emma Smith is among the features at the Priesthood Restoration Site in Susquehanna County, Pennsylvania. | R. Scott Lloyd, Church News

As members of The Church of Jesus Christ of Latter-day Saints begin studying the Doctrine and Covenants as part of this year’s “Come, Follow Me” curriculum, the Joseph Smith Papers Project is releasing a new podcast that examines a pivotal period in early Latter-day Saint history.

“The Priesthood Restored: A Joseph Smith Papers Podcast” is a six-part miniseries that explores the events and circumstances surrounding the restoration of the priesthood.

The documentary-style podcast, which features interviews with historians, researchers and general authorities of the church, is hosted by Spencer W. McBride, a volume editor for the Joseph Smith Papers’ “Documents” series. All six episodes were released on Jan. 14.

When asked how he might pitch the podcast to members of his Latter-day Saint ward in a Sunday Zoom meeting, McBride took this approach.

“I would say that these six episodes are going to take familiar stories and familiar events and illuminate them for you,” he said. “We’re not saying everything that you thought you knew about the priesthood restoration is different. What we’re saying is here’s a few important details that you may not know. They are going to vastly expand the way you think about both the restoration of the priesthood and the role of priesthood in the lives and religious devotion of Latter-day Saints.”

Intellectual Reserve, Inc.
Spencer McBride is the host of the new Joseph Smith Papers Project podcast, “The Priesthood Restored,” which was released on Jan. 14, 2021.

McBride was the host of last year’s “The First Vision: A Joseph Smith Papers Podcast,” which was released in timing with the commemoration of the 200th anniversary of the First Vision. The “First Vision” podcast had more than 1.3 million downloads and streams, McBride said.

“It far surpassed our highest expectations,” he said.

McBride said part of that success can be attributed to the fact that it was a bicentennial year in which President Russell M. Nelson had asked church members to focus their study on the Restoration and on the First Vision in particular. But it confirmed another suspicion as well.

“There is a thirst among church members to understand the research coming out of the Joseph Smith Papers, but to have it in a very accessible and digestible way,” McBride said.

Many Latter-day Saints see the thick, scholarly volumes produced by the Joseph Smith Papers each year and they are both impressed and daunted by them at the same time, the historian said.

“This podcast miniseries is one attempt at kind of repackaging some of the research for a more general audience and making them more accessible to any listener,” he said. “The success of the First Vision podcast confirms that people are looking for this content.”

One of the biggest challenges with “The Priesthood …read more