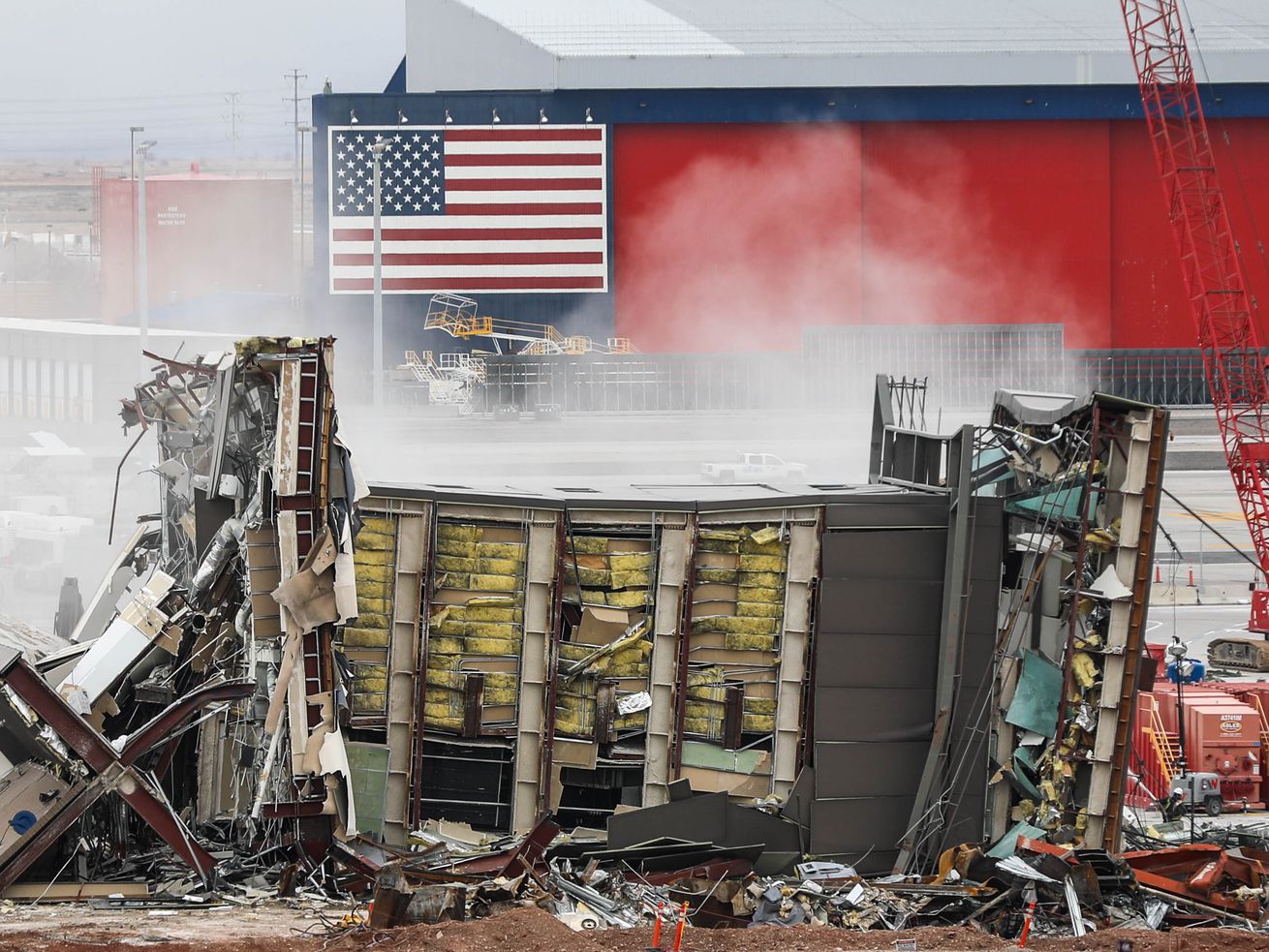 SALT LAKE CITY — Demolition of the old Salt Lake City International Airport passed another milestone Monday as crews took down what is known as the Delta Tower.

The 84-foot high tower was originally built around 1989 for Delta Air Lines to direct planes to their gates after the Federal Aviation Administration turns over control of the aircraft when they land. It continued to operate until the new airport opened last September and the replacement Delta tower became operational.

Airport officials originally planned to keep some of the existing facilities running after opening the new airport, but because of the pandemic not as many gates were needed, said Nancy Volmer, Salt Lake airport spokeswoman.

“This was a major milestone in the demolition of that old facility,” she said.

Officials now intend to have the old airport completely torn down over an eight-month period, saving the project time and money, she said. That will allow the project to move forward quicker for Phase 2 of the new airport to open in 2024, Volmer said.