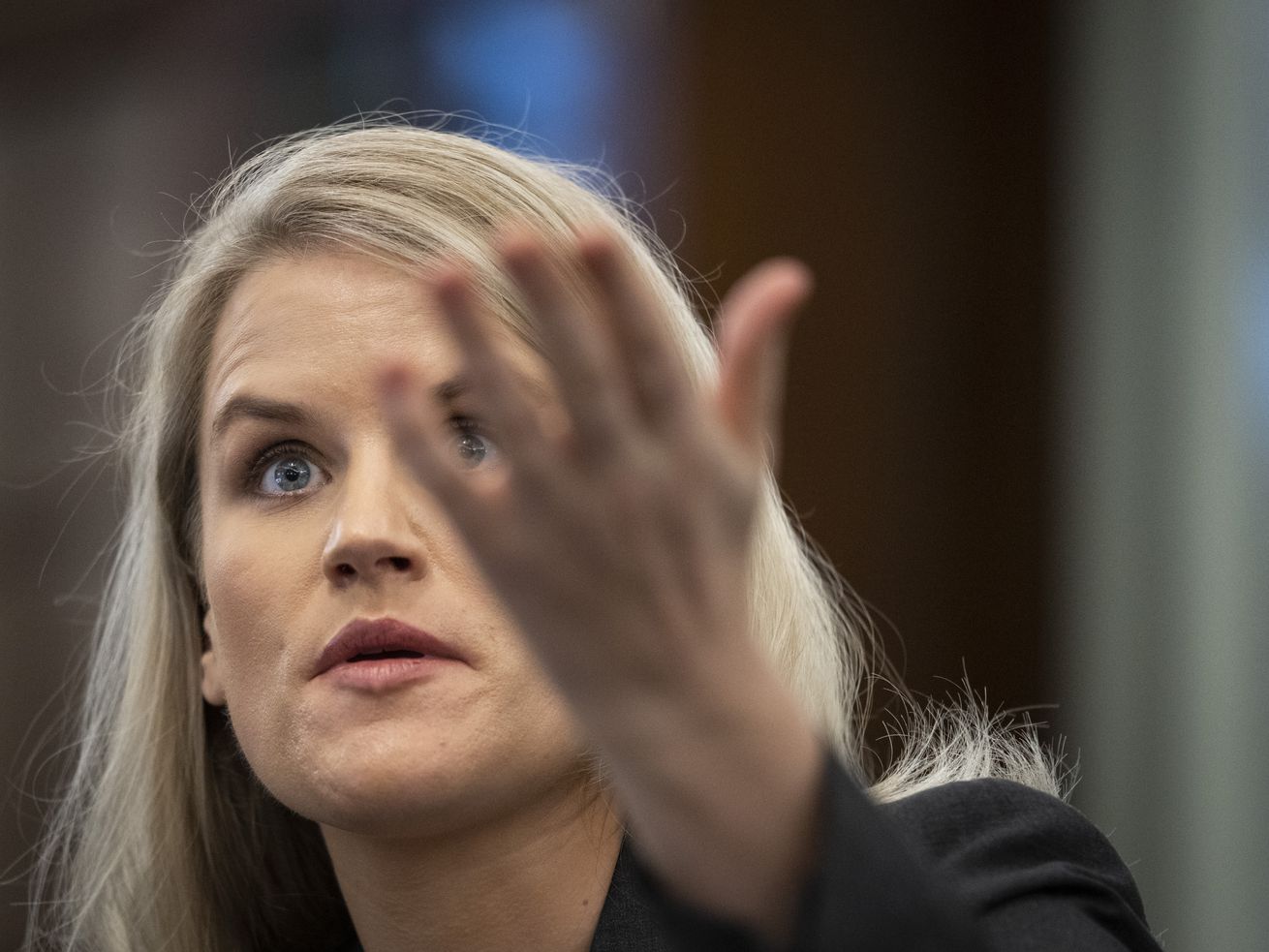 Former Facebook employee and whistleblower Frances Haugen testifies during a Senate Committee on Commerce, Science, and Transportation hearing on Capitol Hill on Tuesday, Oct. 5, 2021, in Washington. The former Facebook product manager who has accused the social network giant of threatening children’s safety — and the integrity of democracy — is urging Congress to take action to rein in a largely unregulated company. | Drew Angerer, Associated Press

Academic research points to a broad sexualization of girls, in everything from fashion to portrayals in the media, that affects self-esteem, performance in school and more.

Chances are, you didn’t find it too inconvenient, and neither did the swirling cultural currents that buffet America’s teens.

It’s been a bad month for the co-owned social media giants, who, in addition to going dark earlier this month, also endured hours of congressional testimony from a former employee who, among many other things, described the company’s own research about how its content harms young girls.

This stirred a lot of discussion nationwide, and rightfully so. As The Wall Street Journal reported after viewing the research from 2020, 32% of teenage girls “said that when they felt bad about their bodies, Instagram made them feel worse.”

“When I went on Instagram, all I saw were images of chiseled bodies, perfect abs and women doing 100 burpees in 10 minutes,” the Journal quoted Anastasia Vlasova, an 18-year-old in Virginia, as saying. She developed an eating disorder she now attributes to the social media platform.

The problem is real and the discussion is important. But focusing solely on Facebook and Instagram is like cutting a couple of federal programs and thinking you have cured government overspending.

During those six hours devoid of short videos and photos, people were bombarded in many other ways by images just as bad for teenage girls and, for that matter, boys. Facebook and Instagram need to be held accountable for the evidence that they are contributing to this harm, but the culture’s problems run much deeper than that.

The Senate Commerce Committee, which heard testimony from former Facebook product manager Frances Haugen, should also consider a paper published by UNICEF earlier this year, titled, “Not an Object: On Sexualization and Exploitation of Women and Girls.”

It begins by stating, “The objectification and sexualization of girls in the media are linked to violence against women and girls worldwide.”

Then it cites disturbing research that finds “Australian girls list body image as one of their top three worries in life, while 81% of 10-year-old girls in the U.S. say they are afraid of being fat.”

The paper, written by Jaimee Swift and Hannah Gould, also says, “All too often, the media sends the message that girls should be pretty, not powerful, noticed, not respected. And this is incredibly harmful, not just to a girl and her development, but to our culture at large.”