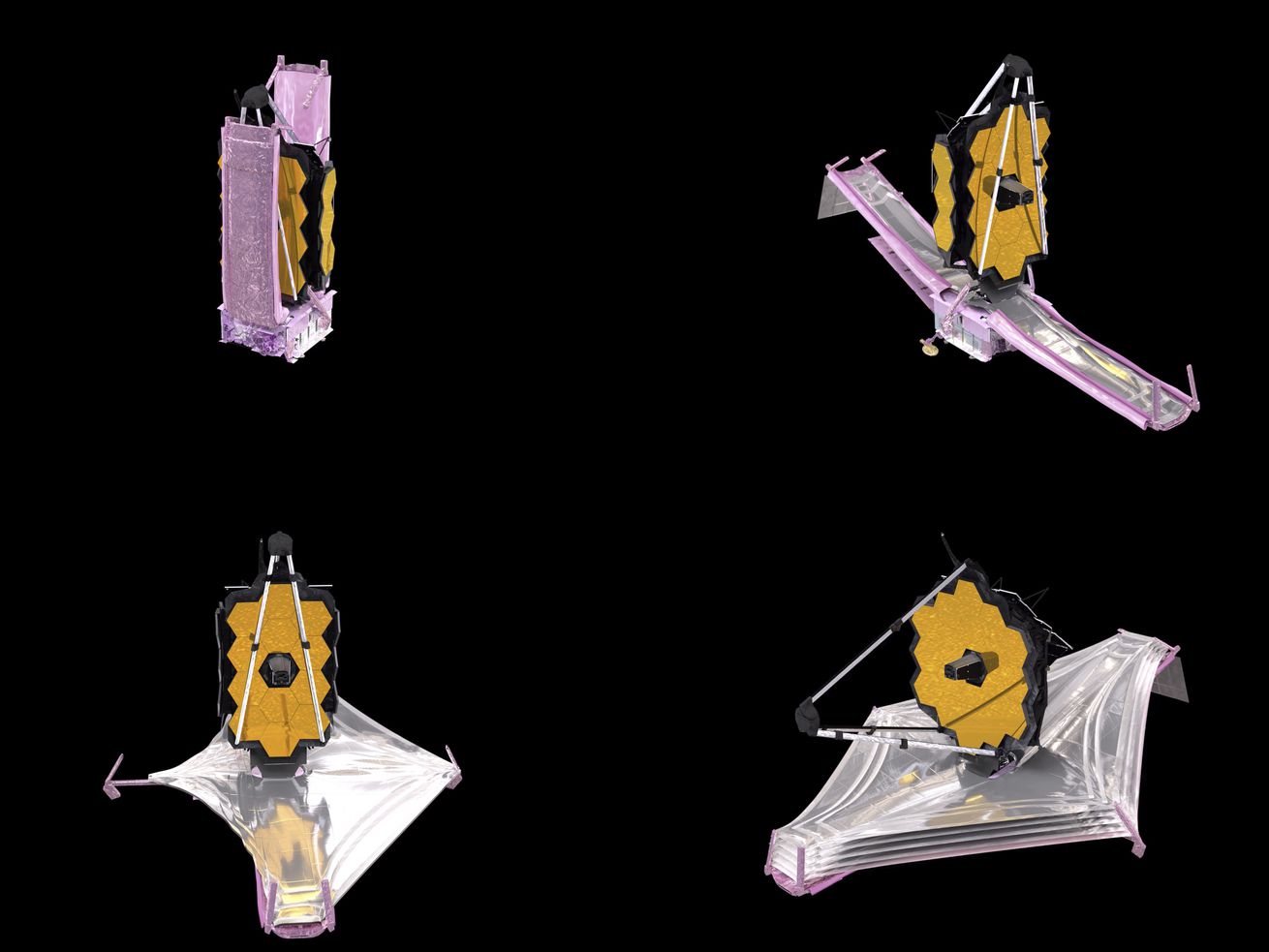 This combination of images from a computer animation made available by NASA in December 2021 depicts the unfolding of the components of the James Webb Space Telescope. Webb is so big that it had to be folded origami-style to fit into the nose cone of the Ariane rocket. | AP

Understanding the universe can help us understand ourselves

That is how actively involved astronomy professor Garth Illingworth of the University of California describes the new James Webb telescope, launched on Dec. 25, 2021. On Jan. 8, the telescope completed the unfolding of the gold-plated primary mirror along with a secondary mirror, as the spacecraft moved into permanent orbit.

The telescope is roughly the size of a tennis court, the culmination of an array of daunting conceptual and engineering challenges. Deployment involved over 50 major steps and 178 release mechanisms.

NASA is implementing this latest space project, in collaboration with counterpart agencies in Canada and Europe. This organization has been central to U.S. space exploration since its creation in 1958, as intense competition with the Soviet Union during the height of the Cold War rapidly escalated.

Striking visual imagery transmitted from the Hubble Telescope, launched in 1990, “… has brought the universe close up and personal to the average citizen. Its images have become part of our culture.” Those are the words of Edward Weiler, head of the Science Division of NASA.

Information gleaned from the Hubble has altered and refined fundamental conceptions in astronomy. Scientists have confirmed that the universe is expanding at an accelerating rate. Galaxies formed shortly after the Big Bang, which created the universe an estimated 13.7 billion years ago.

A reporter was hit by a car on live TV. A conversation about safety in journalism followed

A mission of the Webb telescope is to study galaxies and stars as they appeared relatively soon after the Big Bang. Great potential exists for further insights into the nature of matter, and perhaps dynamics that lead to emergence of life,

The U.S. space program has evolved continuously for many decades, though in the headlines only occasionally. The most dramatic space policy announcement by far was President John F. Kennedy’s pledge in 1961, successfully fulfilled, to land a crew on the moon within the decade — and safely return them.

James Webb, NASA head, led the mammoth moon project. Like his ally Lyndon Johnson, he was a realist who accomplished tough jobs, and to a remarkable degree furthered the public good.

At the same time, other nations in Asia, Europe and elsewhere are developing space programs. Canadian and European involvement with the Webb telescope reflects much broader developments.

India and Japan pursue cooperation between the Indian Space Research Organization and the Japan Aerospace Exploration Agency. This in turn fosters fears in Beijing that the United States is somehow maneuvering behind the scenes to create a partnership designed ultimately to …read more