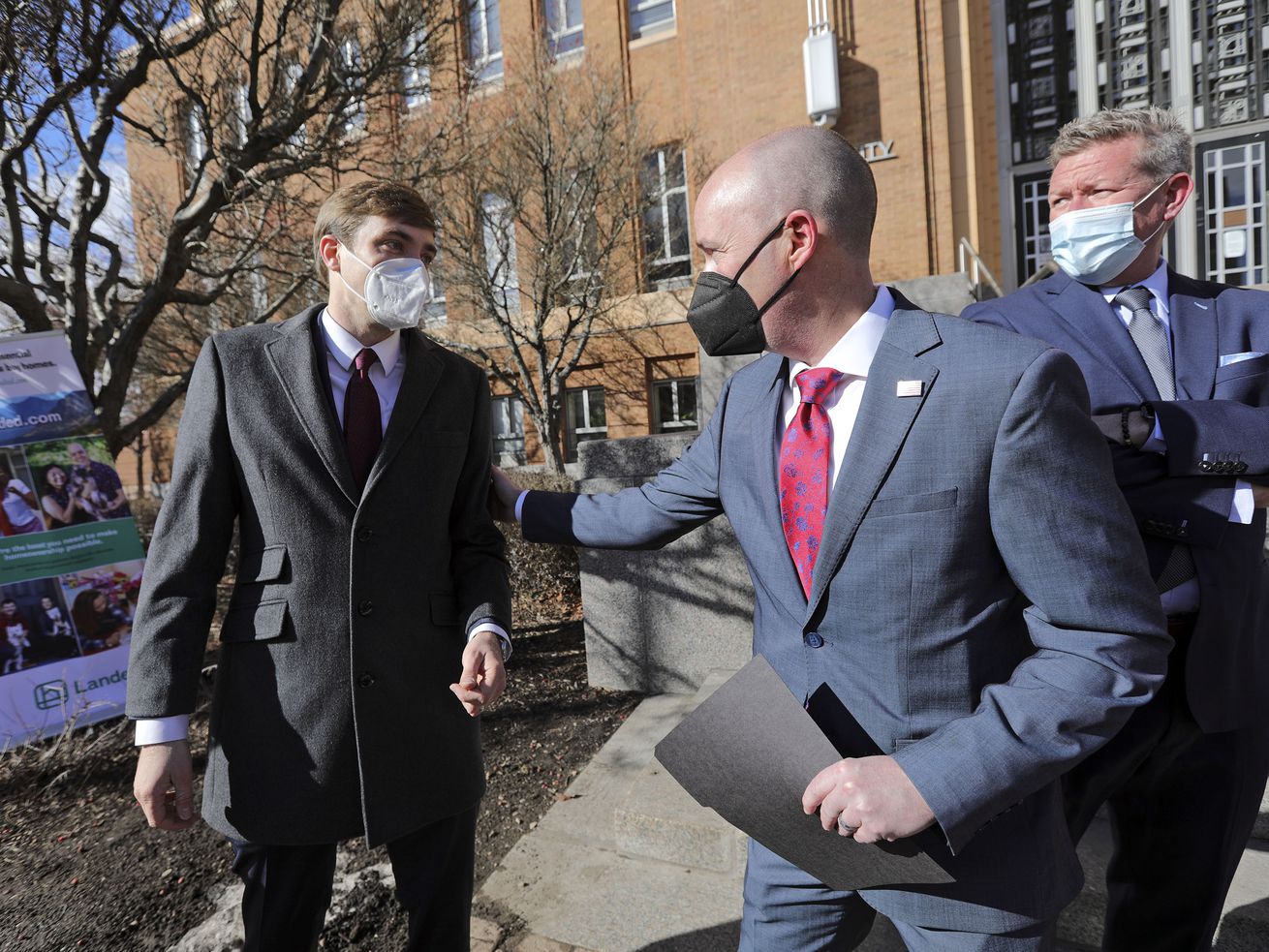 Ian Magruder, Landed’s director of partnerships, left, and Gov. Spencer Cox chat after a press conference announcing the launch of Landed, a down payment assistance program that helps educators and government workers buy a home, outside of Ogden City Hall in Ogden on Tuesday, Feb. 23, 2021. | Kristin Murphy, Deseret News

OGDEN — Buying a home is about to get easier for government employees and educators living in Ogden.

It’s thanks to a new partnership announced Tuesday between Ogden, the Ogden School District and Landed, a personal finance company.

Landed’s down payment program invests alongside employees working in education, government and health care to help them reach a 20% down payment.

Landed’s funds, up to $120,000 per household, come in the form of an equity investment, meaning that homebuyers share in a portion of the gain — or loss, if any — of the value of the home once the partnership is ended, typically by sale or refinance.

The partnership is Landed’s first launch in the state and its first expansion into serving municipal employees,

During Tuesday’s announcement outside of Ogden City Hall, Gov. Spencer Cox noted that ensuring access to home ownership for Utahns is a key priority for his administration and he’s pushing for such public and private partnerships that help secure down payments for essential workers.

“Over the past six years we have seen the largest increase in housing prices in our state’s history,” Cox said. “This is a growth that is unsustainable. Right now in the state there are less than 2,000 homes for sale. Now I don’t know how to put that into perspective, except to say that normally this time of year we would have 20,000 to 30,000 home for sale … so that tells you what’s happening.”

Kristin Murphy, Deseret News
Gov. Spencer Cox speaks during a press conference to announce the launch of Landed, a down payment assistance program that helps educators and government workers buy a home, outside of Ogden City Hall in Ogden on Tuesday, Feb. 23, 2021.