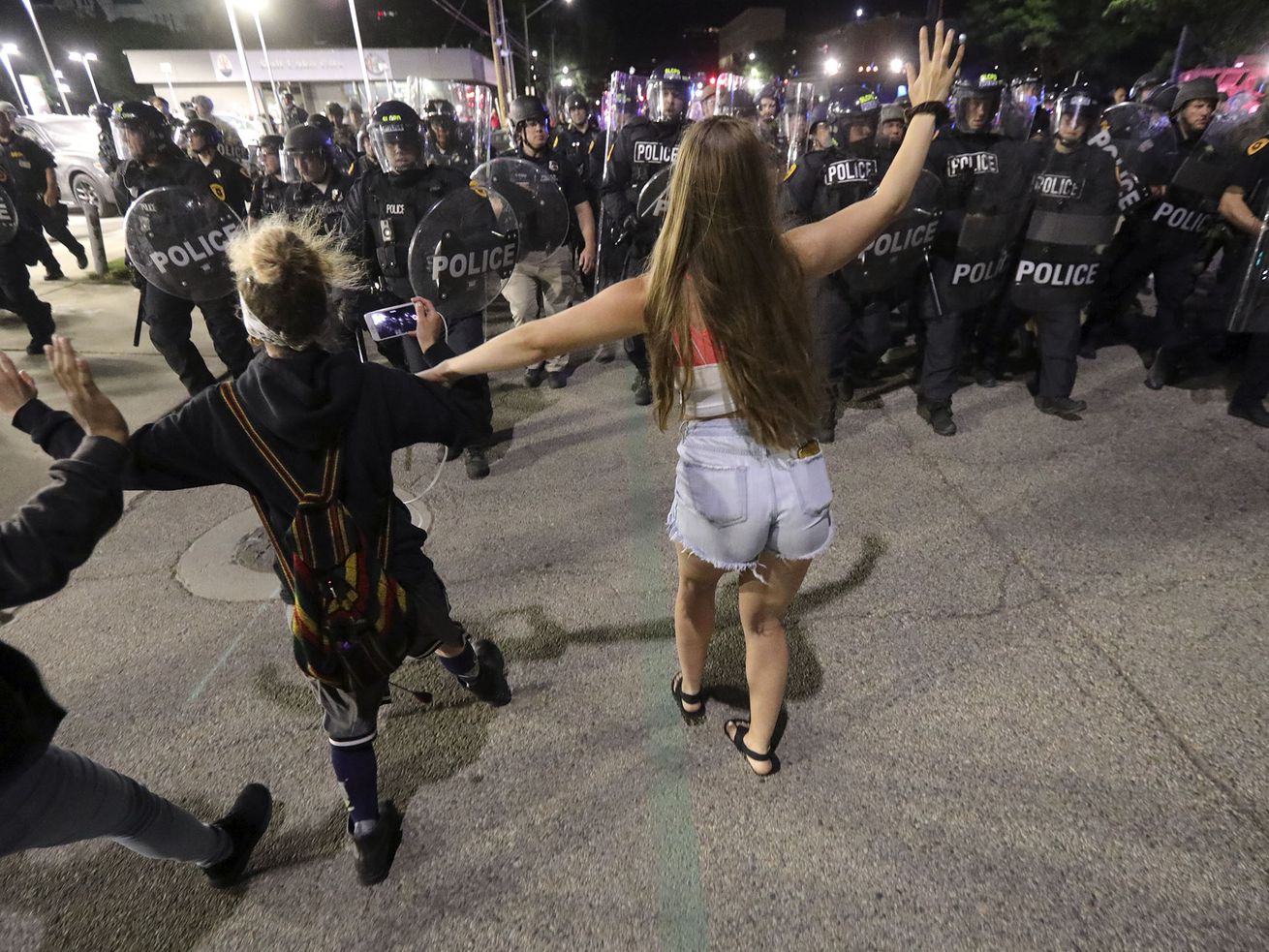 Police push back protesters as they violate curfew to protest the death of George Floyd in Salt Lake City on Saturday, May 30, 2020. More than a year later, over a dozen people who claim their constitutional rights were violated at the protest when Salt Lake City issued and emergency curfew have filed a lawsuit against the city. | Kristin Murphy, Deseret News

Fourteen people who say they were peacefully protesting in downtown Salt Lake City on May 30, 2020, following the death of George Floyd claim their civil rights were violated by the city.

The group, along with their attorney, Brian Jackson, are suing the city claiming an emergency curfew ordered by Salt Lake City Mayor Erin Mendenhall violated their right to assemble. Furthermore, some plaintiffs in the lawsuit claim they were hit by rubber bullets fired by police and unlawfully arrested for exercising their First Amendment rights.

“The use of force to enforce an illegal curfew order is unreasonable in light of the circumstances and the First Amendment rights of these individuals,” the lawsuit states, while also noting that actions by the city and police that night were “motivated by evil or reckless intent” and meant to “punish people for exercising their First Amendment rights.”

A spokesman for Mendenhall’s office, however, said the city is confident that its emergency curfew order was lawful.

“We believe the city’s curfew and actions were proper and lawful given the nature of events on May 30 and June 1, 2020. We are confident that the mayor acted within her legal authority to issue the emergency curfew and the Salt Lake City Police Department acted appropriately during the civil unrest of May 30 and June 1.”

Kristin Murphy, Deseret News
Police take a man into custody as people violate curfew to protest the death of George Floyd, in Salt Lake City on Saturday, May 30, 2020.

The 27-page lawsuit was filed Friday in federal court. The 14 people listed as plaintiffs are from Salt Lake, Davis and Summit counties.

On May 30, 2020, what started off as a peaceful protest over police brutality sparked by the death of George Floyd, turned into a standoff between police and thousands of protesters in downtown Salt Lake City, several of whom caused vandalism and destruction around the city.

During the riot, a Salt Lake City police car was overturned and burned. The state Capitol had graffiti spray-painted on it and numerous buildings and TRAX platforms in downtown Salt Lake had their glass windows shattered.

Officers from 35 agencies statewide responded to the call for help from police that day. Police say they had “rocks, street signs, manhole covers, pepper spray, frozen water bottles, milk jugs, rags and bottles full of feces and urine, (and) explosives” thrown at them that day. Several officers had to be treated for injuries, including one officer who suffered a broken hand after being hit with a chunk of concrete.