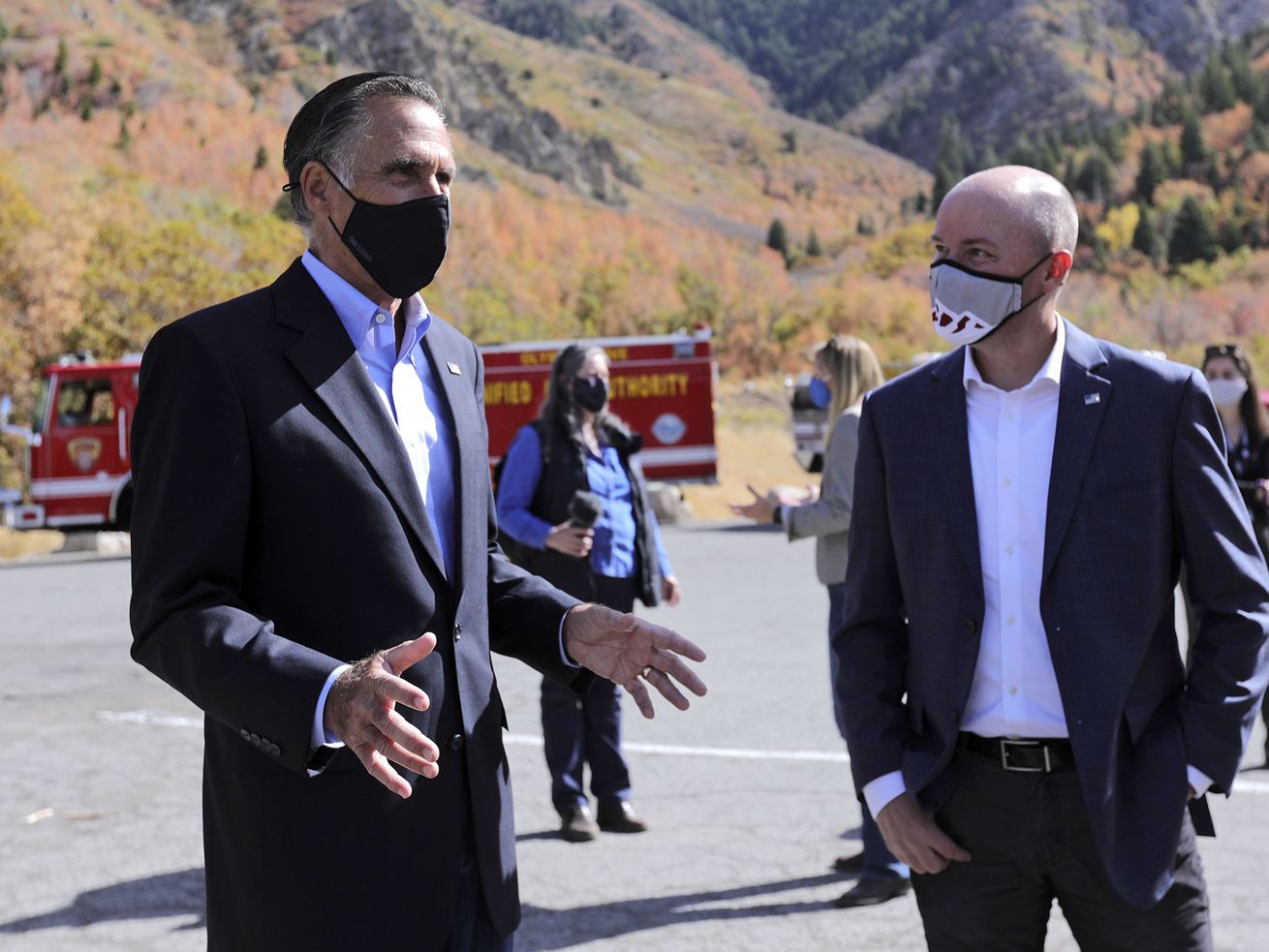 MILLCREEK — While Utah’s 2020 wildfire season may be feeling tame compared to the infernos that have burned through California, Oregon and Washington, the state has still had more than its share of scorchers so far with more than 1,400 fires burning over 300,000 acres and draining $55 million from state coffers.

Jason Curry with the Utah Department of Natural Resources said Utah had wildfires burning every day — 156 straight — from April 18 to Sept. 20 this year. And, Utah wildfires have been increasing every year, with total fires up by about 100 per year since 2015 when 900 wildfires were reported. Nationally, 44,000 wildfires have burned this year, up from 40,000 in 2019.

At a press event Friday, Sen. Mitt Romney, R-Utah, announced he is set to propose legislation that would create a new federal commission tasked with identifying effective strategies to address catastrophic wildfires, before they start.

Romney cited the amount of money and planning dedicated to maintaining national defense efforts as a contrast for how little, historically, has been invested in preempting wildland blazes.

“Do you know how much we spend to protect ourselves from a foreign enemy that might attack us and kill us?” Romney asked. “A trillion dollars a year. When we use those monies, we wisely bring in all the best minds … in the country to see how we can most effectively protect ourselves.

“When it comes to wildfires what are we doing? All going different directions.”

Romney’s proposal looks to hone those efforts with a new 25-member panel, the Wildland Fire Mitigation & Management Commission, which would be jointly managed by two cabinet-level appointees, the secretaries of Interior and Agriculture, as well as the administrator of Federal Emergency Management Agency.

The commission itself would consist of eight federal and 17 non-federal members. The prime directive behind the effort — recommendations to mitigate and manage wildfires. Romney said the panel would be empowered to propose new legislative and administrative direction as well as funding appropriations.

Romney said he acknowledges climate change as a factor in the evolving challenges of managing public lands, including efforts to quell wildfires.

Utah Lt. Gov. Spencer Cox said management actions could include some simple tasks like allowing responsible grazing and removing deadwood, and also called for the support of climate change proponents.