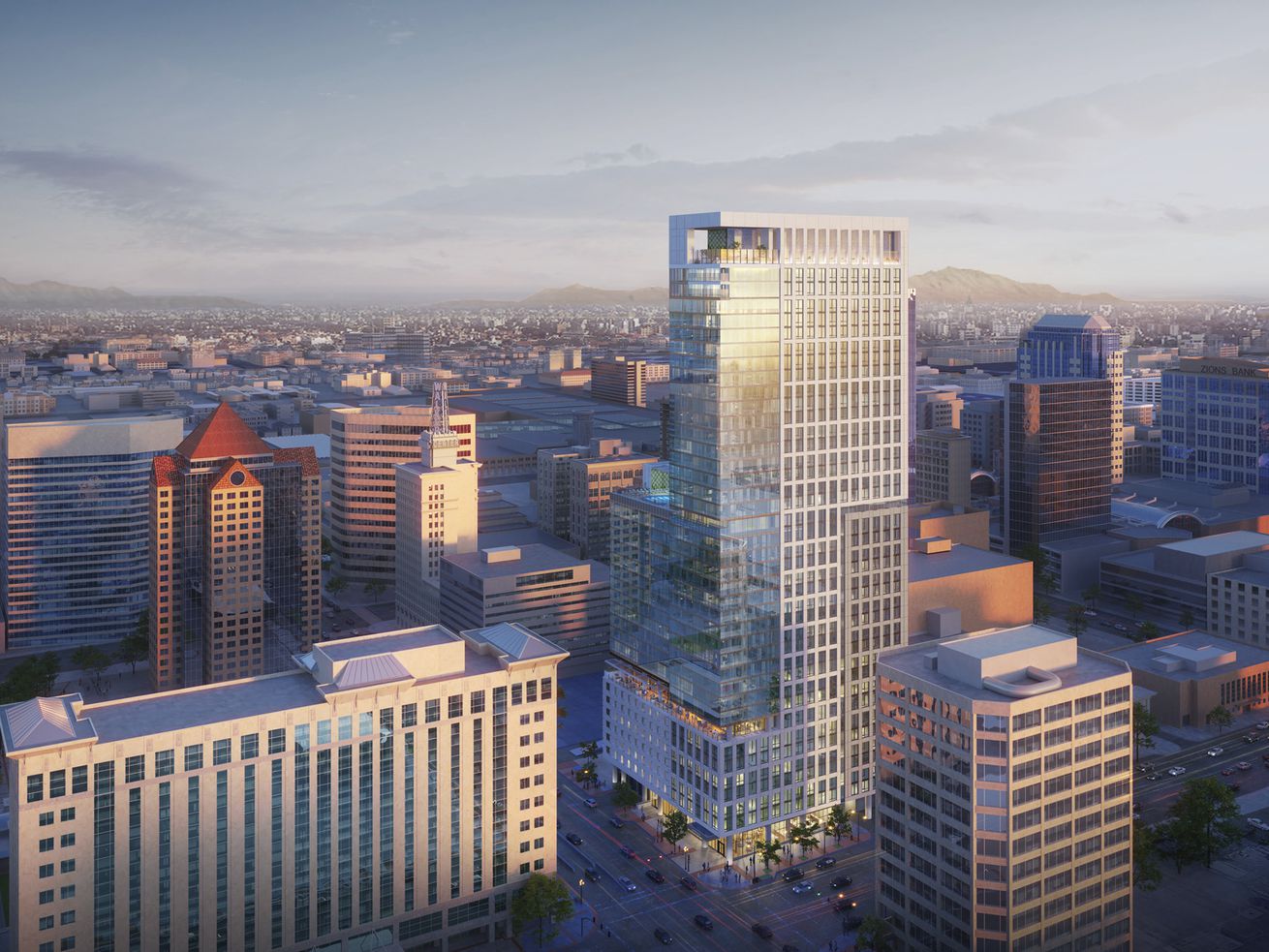 Salt Lake City’s skyline is about to change in a drastic way.

With the driving of a few golden shovels, Salt Lake City leaders and developers broke ground on the Astra Tower, a new 40-story building that is slated to be the state’s tallest structure, during a ceremony Wednesday.

The skyscraper, which is expected to top out near 450 feet in height, is slated to add over 350 “luxury” apartment units to downtown Salt Lake City by the time it’s completed in 2024.

The Astra Tower will be located on the northwest corner of 200 South and State Street, where an old fast food restaurant stood until it was torn down last year. The Kensington Investment Company purchased the 0.69-acre parcel in 2018.

The plan calls for 685,000 square feet of building area, which will include parking levels, retail space and 377 apartment units. The units will include studio, one-bedroom and two-bedroom options, as well as two levels of “exclusive penthouse units,” according to Kensington.

There will also be some swanky features on three of the floors, including a “residents-only” rooftop terrace with a big-screen TV, grill and social areas on the 40th floor. Other amenities in the plan include an outdoor urban park, a spa and fitness center, a clubhouse with a chef’s kitchen and a work lounge with conference rooms in areas of the building.

Ed Lewis, CEO of Kensington Investment Company, said he believes that Utah’s capital is turning into a “world-class city,” and the new skyscraper will add to a community literally on the rise.

“I believe Astra Tower will be the future of apartment living in Utah,” he said. “Once delivered in late 2024, Astra Tower will offer best-in-class apartments for a city fast attracting people from across the globe.”

Kensington and Jacobson officials offered some new details about the upcoming construction Wednesday. They say they plan to seek LEED Gold certification in environmental standards and WELL Building concepts once the building is complete. The latter seeks to reduce negative impacts on the environment by reducing air pollution and optimizing water conservation.

Crews will also use what’s called a post-tensioned concrete design to help minimize building damage in case of an earthquake. The concrete structure of the building is expected to be completed over the course of the next 20 …read more