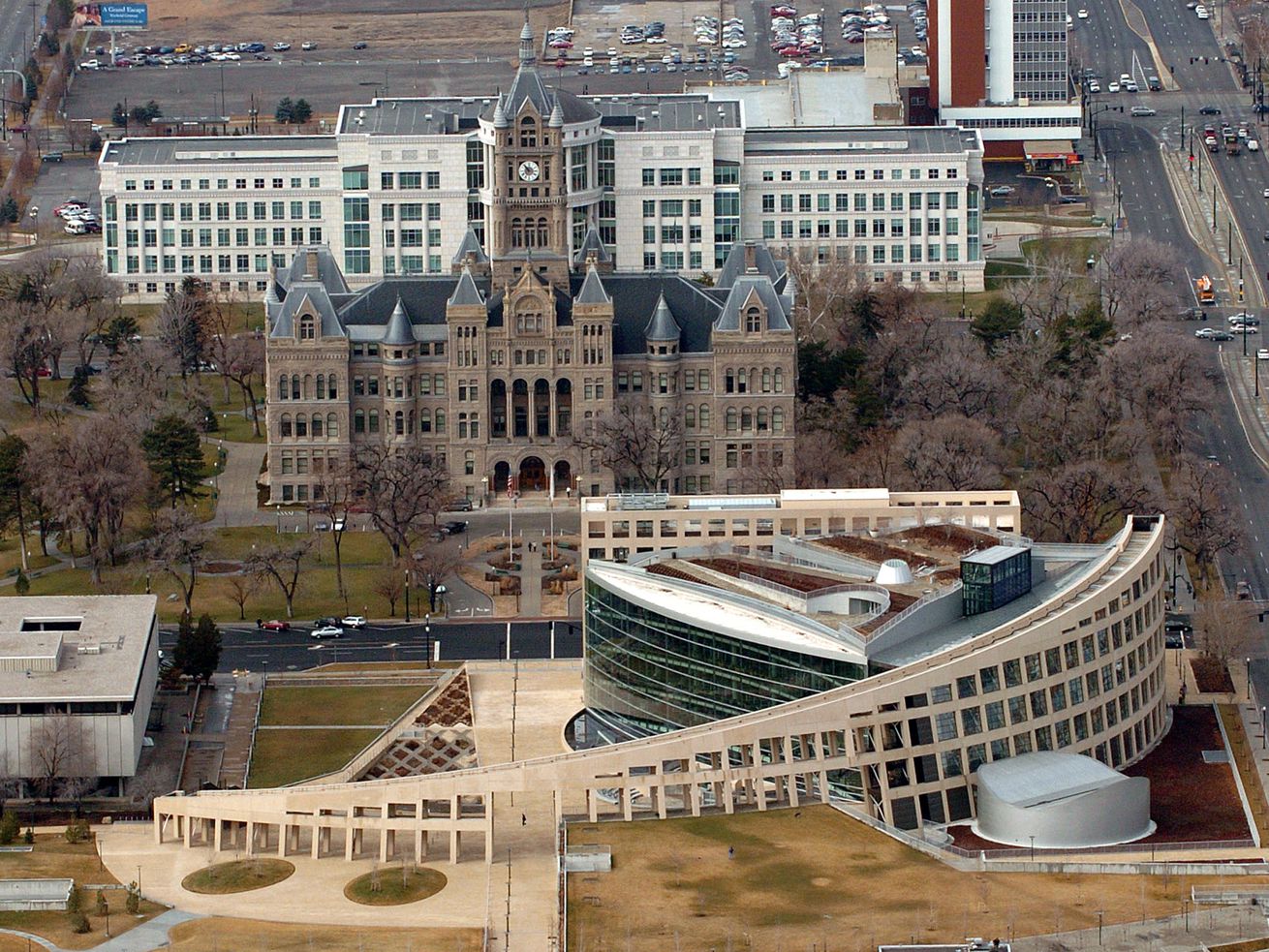 SALT LAKE CITY — A black Salt Lake man has filed a lawsuit against Salt Lake City, claiming security guards at the downtown library beat him and kneeled on his neck with a knee.

But library officials say the man was suspected of attacking a woman and only recently has made claims that the guards knelt on him.

The suit contends Nelson was stopped by two security guards who “without cause … senselessly” beat him and demeaned him “because of his race.”

“The guards beat Nelson with their fists, a baton, knees and feet, beating his face and head many times, and placing a knee on his neck,” the lawsuit states.

The incident is alleged to have occurred more than a year ago, on April 4, 2019.

Nelson was “on his way to work when he stopped to chat with a friend on the Library Plaza,” according to a statement from Nelson’s attorney. “At about the same time, an argument broke out between two women nearby, one of whom attacked the other with a stick. Nelson witnessed the altercation from a distance but did not know the women.”

Two security guards approached and Nelson pointed in the direction that one of the women fled, according to the statement. Instead, the guards ordered Nelson to the ground.

“One of the guards told Nelson that because he was black and the suspected perpetrator of the attack was also black, he must be somehow involved with the suspect. When Nelson explained that he had nothing to do with the argument and did not know the women, one of the guards, Nathan Larsen, began striking Nelson in the face with a closed fist. The other guard, S.O. Corella, then struck Nelson on the back of his head with his baton. Nelson, who was unarmed, fell to the cement where the guards zip-tied his hands behind his back,” according to the statement from Nelson’s attorneys.

The lawsuit states that Corella “with great force, struck Nelson on the back of his head. Nelson had no notice or warning that Corella would strike him with his baton. After being struck in the back of the head with the baton, Nelson fell to the ground face first, confused and injured. While on the ground, Nelson posed no threat to the security guards. He was immobile and weaponless.”

While lying there, Nelson said he felt a knee on his neck, according to his attorneys.

“Then, in behavior eerily …read more