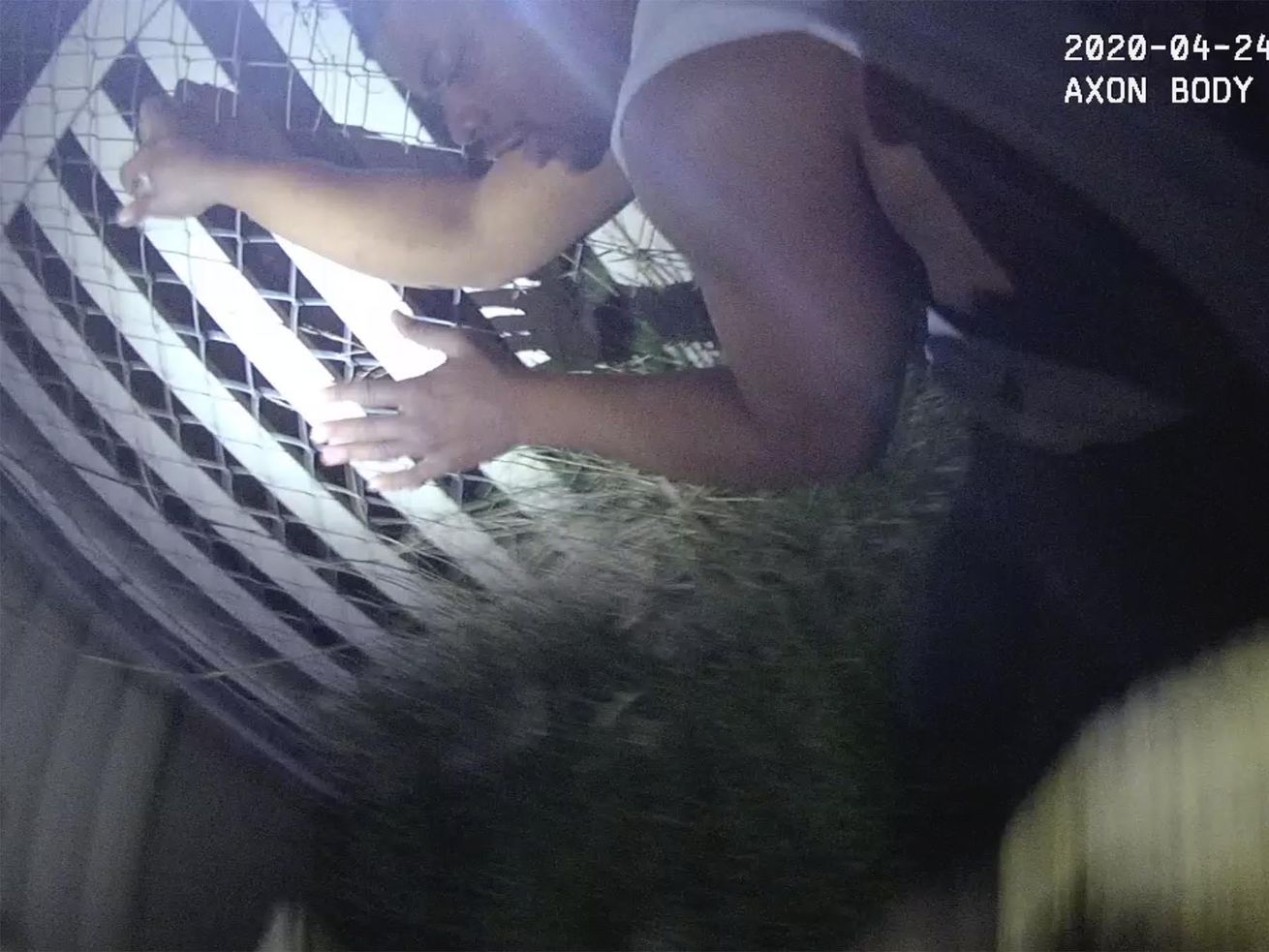 SALT LAKE CITY — A Salt Lake police K-9 officer now faces a criminal charge accusing him of ordering his dog to attack a Black man who was kneeling in his yard with his hands in the air.

On April 24, Pearce and his police K-9, Tuco, responded to a domestic violence call near 765 W. Justin Kay Court, along with two other officers. Jeffery Ryans, 36, was spotted on the east side of the residence in the backyard.

The officers confronted Ryans through a gate and he complied with their orders and put his hands in the air, according to charging documents. As one officer continued to talk to Ryans from the front yard, the two others, including Pearce, went through a gate to the backyard. Ryans’ hands were still raised, the charges state, as he explained that he lived in the house and was going to work.

As Pearce came around the corner of the home to approach Ryans, he “immediately told Ryans to get on the ground and then told him to get on the ground or (he’d) get bit. Ryans kept his hands raised and visible and turned his attention to Pearce,” according to the charges.

“Ryans did not express any intentions or engage in actions reflecting he was going to resist the officers.”

But just three seconds after confronting Ryans, investigators say Pearce kicked him in the leg.

“Ryans dropped to his knees and kept his hands raised. While Ryans was on his knees with his hands in the air, Pearce ordered K-9 Tuco to engage Ryans,” the charging documents state. While the dog was biting Ryans, Pearce “continually praised and encouraged K-9 Tuco.”

Ryans “questioned why he was being attacked when he was not resisting” and continued to tell officers he was being hurt, investigators wrote in the court documents.

“Ryans’ injuries were not described by medical as only puncture wounds from the bites, but rather large lacerations that medical concluded needed hospital care. Ryans was immediately transferred to the hospital for treatment,” the charges say.

Doctors say Ryans was treated for a wound that was approximately 4 inches wide and 3 inches long, and another that was 5 inches long and an inch wide. His injuries required surgery and “resulted in Ryans prolonged loss of the use of his left leg,” as well as permanent disfigurement of his leg, the charges state.

It wasn’t until news coverage of the incident surfaced on Aug. 11 that Salt Lake police launched an investigation into the incident and placed Pearce on administrative leave. After body …read more