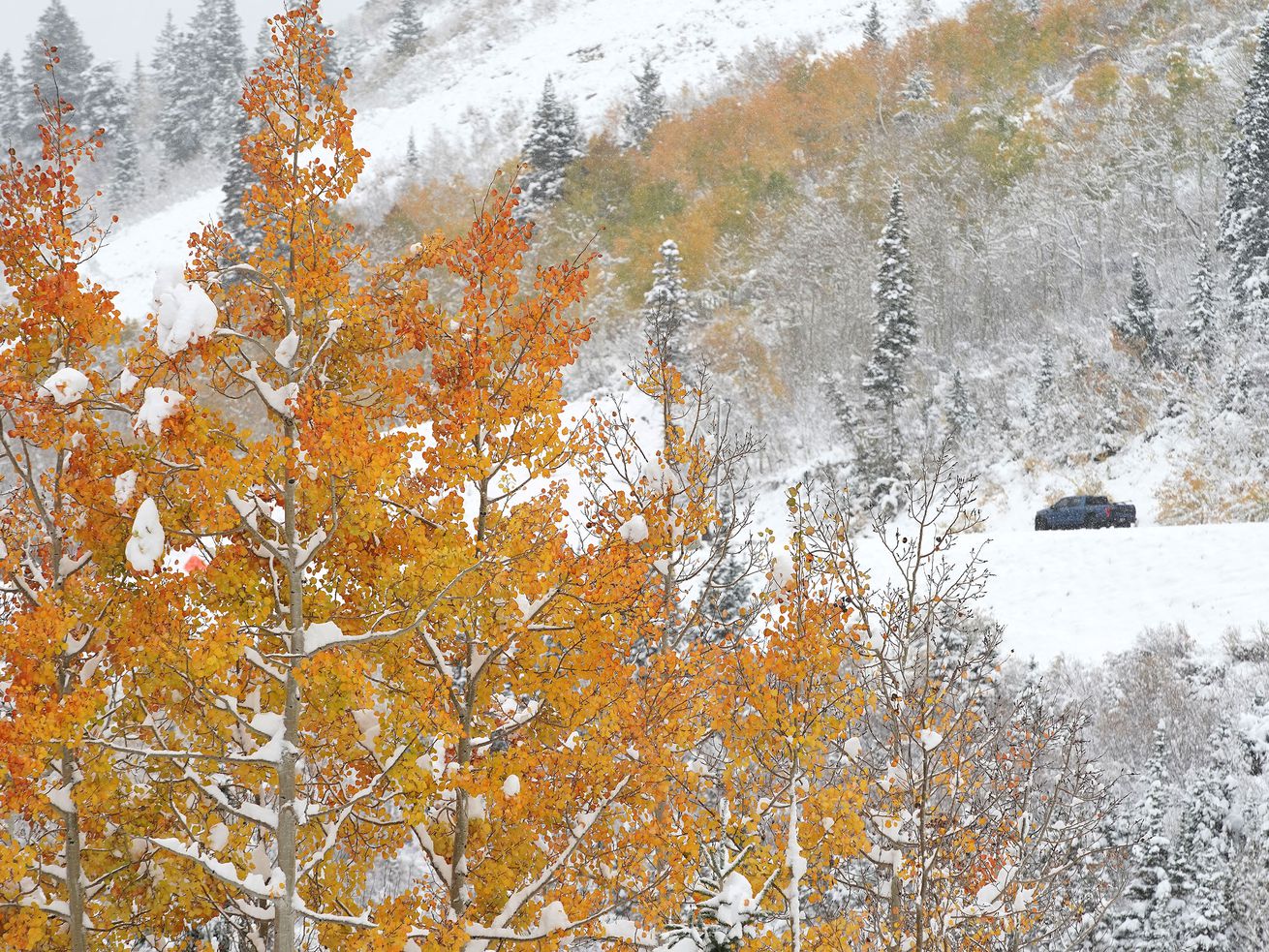 Utah was seeing unsettled weather as the season’s first major snowstorm moved into the Intermountain West, with states from Montana to Arizona feeling the impacts.

The National Weather Service in Salt Lake City reported snowfall late Monday into Tuesday, with rain likely to affect much of the state.

Winter storm warnings or advisories are in place for multiple states in the West, and Utah has a hard freeze warning in effect as temperatures are anticipated to drop into the high 20s overnight in certain areas.

Cedar City was picking up some snow in the storm as was Cache Valley’s Logan.

Cedar City seeing decent snowfall this morning. Airport is reporting 1/2 mile in visibility in moderate snow. Use extreme caution traveling in this area during this morning’s commute! #utwx https://t.co/7H6UcNus6A

Throughout the day Wednesday, Utah will see a brief respite from the storm, although temperatures will remain unseasonably chilly. Acuweather is predicting potential blizzard conditions for portions of central and eastern Wyoming on Tuesday into Wednesday because of high winds.

Late Wednesday and into Thursday — the first day of the fall break for Utah schools — another storm moves in that will be colder than Tuesday’s storm and drier.

The storm will deliver temperatures across the Wasatch Front about 25 to 30 degrees cooler than what is average.

“If you have outdoor plans, it is just not a great day,” said Darren Van Cleave, meteorologist with the National Weather Service in Salt Lake City.

If someone planned to hunt in the high Uintas, for example, high temperatures are expected to be in the teens or low 20s on Thursday.

“It is just really raw,” he said. “It will be much different than the one we experienced. These are conditions of what you would expect in late November.”

Elsewhere in the West, the southeast section of Colorado is bracing for wind gusts that could reach up to 60 mph. Like Utah, little if any snow was falling in valley locations.