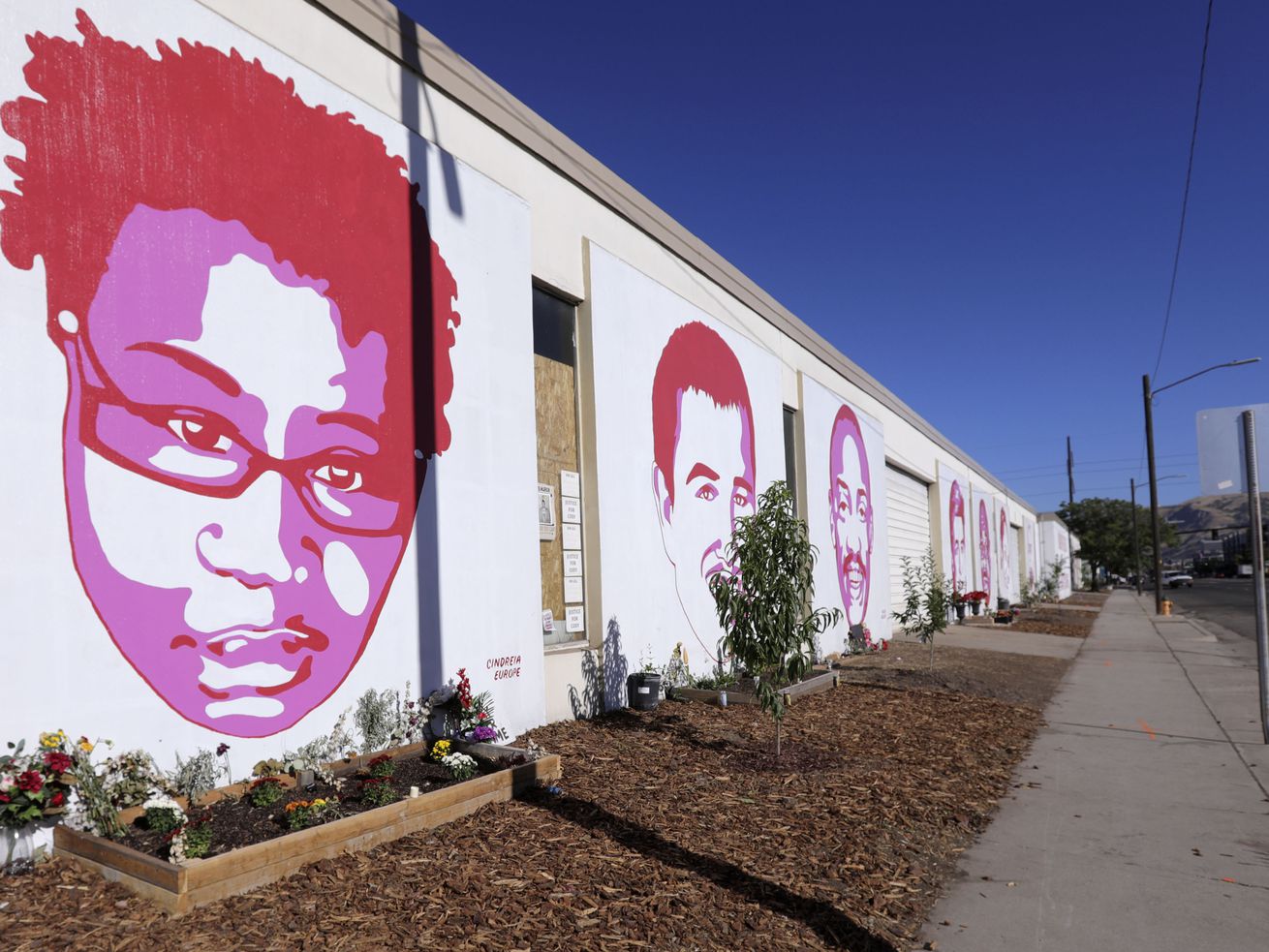 Murals honor Cindreia Simone Europe, who was run over and killed by a police officer, and other alleged victims of police violence near the corner of 300 West and 800 South in Salt Lake City on Tuesday, Sept. 1, 2020. | Kristin Murphy, Deseret News

The following story was written and researched by the Utah Investigative Journalism Project in partnership with the Deseret News.

SALT LAKE CITY — Put yourself in the place of a police officer. You’re responding to a report of a person with a weapon, tensions are high, and as you move in to help you see your colleague fire a weapon, dropping the unidentified stranger to the ground.

Your mind races through what you just saw, and you prepare yourself to give a statement to the supervising officer who arrives at the scene. However, there’s no guarantee that your account will ultimately make it into the public safety statement your supervising officer prepares — that’s up to your colleague who just pulled the trigger.

In Salt Lake City, this is a privilege afforded to officers involved in the shooting of civilians.

In these “officer-involved critical incidents,” either police used deadly force to protect themselves or an innocent civilian — or a trigger was pulled by mistake or reckless judgment. With so much riding on what is often a snap decision, the Salt Lake City Police Department has long negotiated the option for its officers to withhold key information from the official record.

Man used woman as shield from police before officers shot him

The statement questions include asking about the number of rounds fired, the direction fired, location of outstanding suspects and location of evidence at the scene. Involved officers are not to be asked any other questions.

But the department manual also states: “It is not a requirement to record the public safety statement, and at the request of the involved officer, it will not be recorded.”

This perk allows an officer involved in a shooting to veto the recording of the most timely information about a shooting — even if that information is provided by a separate officer who witnessed the shooting but had no part in it. This information then is unavailable for investigators from other jurisdictions assigned to review what happened, and to the district attorney’s office as it determines whether the shooting was legally justified or not.

Police stress that investigators from other jurisdictions inevitably ask the same public safety questions to the officers, but the department’s policy still allows for the very first accounts to be withheld at the request of the involved officer.