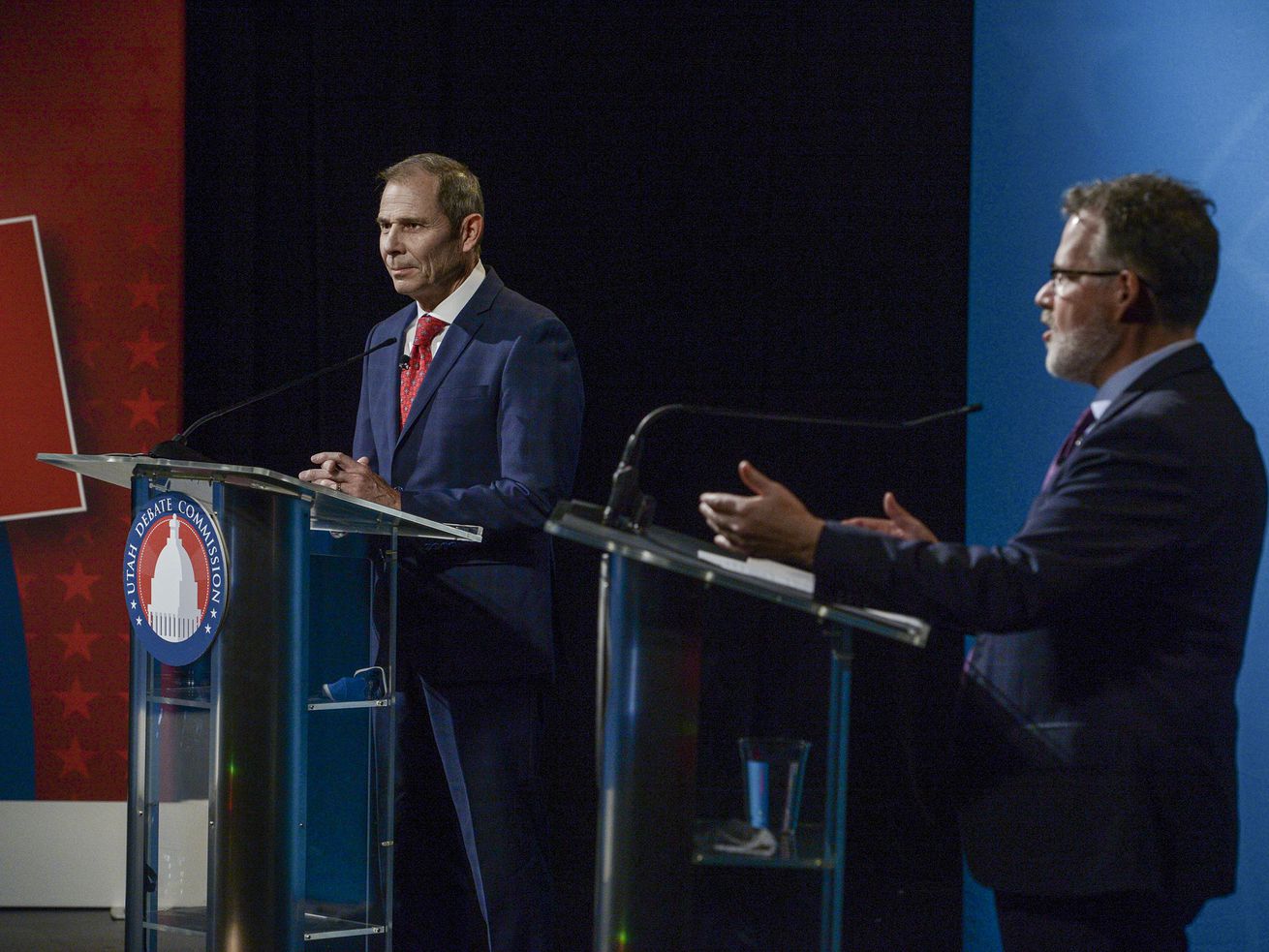 SALT LAKE CITY — There was friction Thursday between Rep. John Curtis, R-Utah, and Devin Thorpe, his Democratic challenger in the 3rd Congressional District, over a range of issues including the Affordable Care Act during their hour-long Utah Debate Commission exchange.

Curtis insisted there will be no repeal of the decade-old health care law also known as Obamacare without a replacement being ready, something congressional Republicans and President Donald Trump have yet to produce despite multiple failed attempts at a repeal.

“This ship has sailed. Republicans tried to repeal. It was unsuccessful. That question is totally off the table,” said Curtis, a former Provo mayor who has held the 3rd District seat since replacing former Rep. Jason Chaffetz in a special election three years ago.

If a repeal somehow does come up again, Curtis said he wouldn’t support it unless there was a replacement.

Thorpe said the question of covering the cost of the federal health care program “is of relatively little importance to me because I want to know who the expendable people are. People are literally dying because of a lack of health insurance. Show me the expendable ones and then let’s have a talk about how we pay for it.”

The author sparked a strong response from Curtis by claiming the congressman had voted for preexisting conditions to no longer be covered. Curtis said it makes him “very, very angry” to hear what he termed “an absolute fabrication and lie,” that Republicans don’t want to protect that portion of the law.

“I don’t know a Republican, including the president of the United States, who has any intention of killing preexisting conditions. Let’s face it. Democrats won on this one. It was one of the things in the original Affordable Care Act that we have to admit was good,” he said. “But they can’t just take the victory lap.”

Thorpe pressed Curtis about his support of past legislation intended to protect coverage for preexisting conditions, saying there were loopholes. He said he and his wife, a diabetic since childhood, had to manage their careers for decades around her …read more