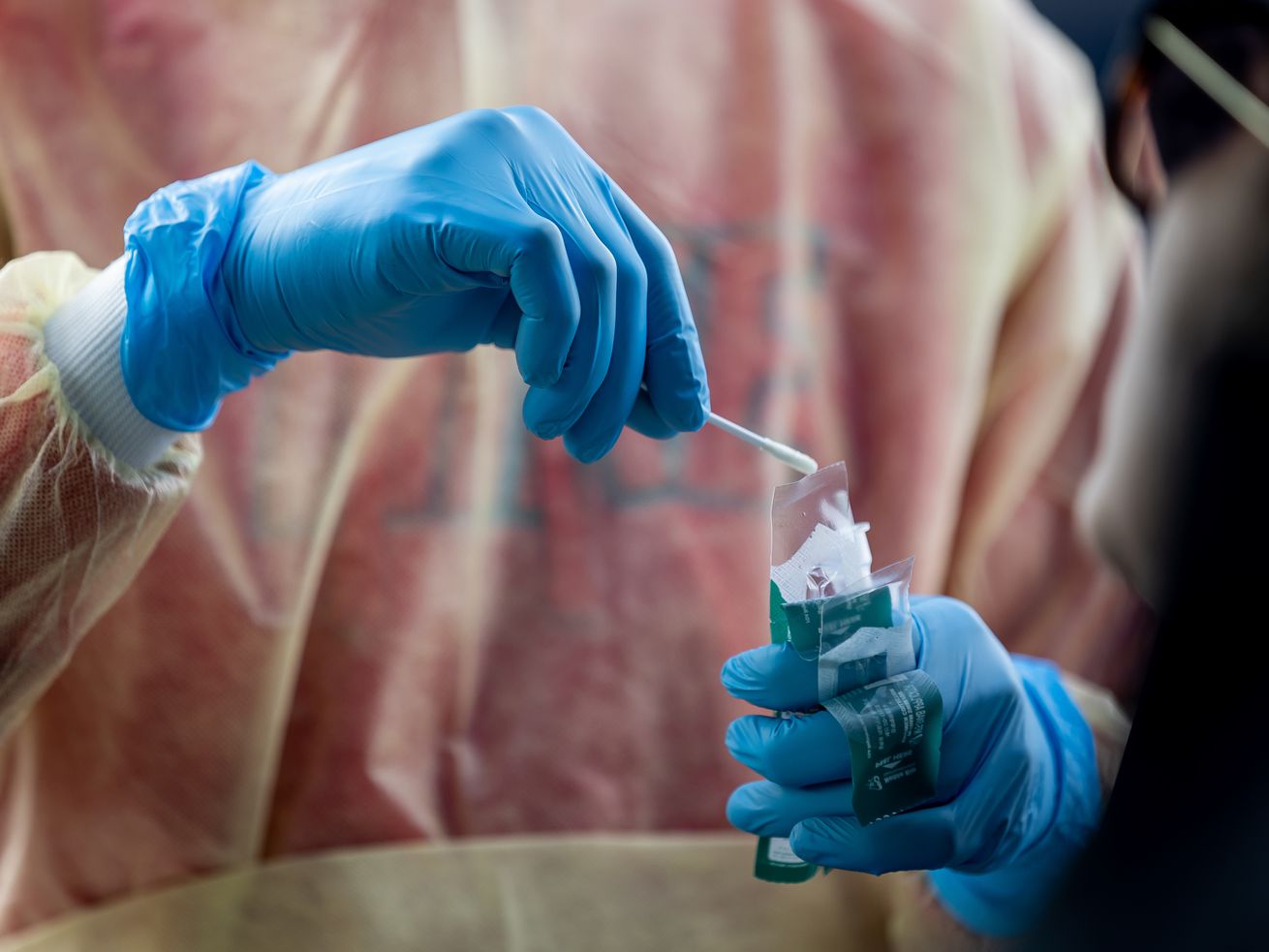 With Utah’s already record-breaking daily COVID-19 case counts roaring past the 10,000 mark Wednesday and people continue to wait in line for hours at free state testing sites, the Utah Department of Health opened its first self-serve testing kiosk in St. George, and more are coming.

“We will expand to other locations. Cedar City will most likely be next, but we do not have an estimated opening at this point,” state health department spokesman Tom Hudachko said, nor any details about plans for self-serve testing sites along the Wasatch Front.

The kiosk on the Dixie State University campus that Soft Cell Laboratories has been contracted to run for the state is similar to the dozens of self-serve sites already set up throughout the state by Intermountain Healthcare, the region’s largest healthcare provider, for its patients.

The self-service model allows someone who thinks they’ve caught COVID-19 to sign up online to pick up a sample vial and then fill it with saliva, used to conduct a PCR, or polymerase chain reaction, test that’s considered more accurate than the rapid antigen tests available in home testing kits.

Lisa Justesen, Soft Cell’s COO, said the state’s new kiosk, open 8 a.m. to 5 p.m., Mondays through Fridays, has staff on hand to answer questions and help anyone not able to register in advance online, as well as administer nasal swab tests to children and others who can’t produce enough saliva.

Lines should be limited there, she said, compared to the state’s jammed drive-through sites.

“This is the great part. Especially when you’re collecting saliva, it takes you a few minutes to produce that sample,” Justesen said. At the kiosk, people are handed a kit and then park nearby and produce the needed amount of saliva, drop it off, and leave. Results can be expected within 36 hours and arrive via email.

“You don’t have a person working at the collection site waiting on you and holding that line of cars up,” she said. “You can have 15 people getting collected all at the same time. It’s almost like having 15 lines but they’re actually in a parking lot. And as soon as there’s another space available, somebody else can park. It’s much faster.”

Self-service testing sites for COVID-19, also available to faculty and students on the University of Utah campus and being looked at for all U. Health patients, may become widespread as the omicron variant of the virus surges through the state.

“I believe self-serve sites are the way to go in order to do the mass testing that’s needed,” Justensen said.

The same day the new self-serve testing kiosk opened, the state health department reported a record-breaking 10,220 new cases since Tuesday, and 14 additional deaths from the virus. This is the first time daily …read more