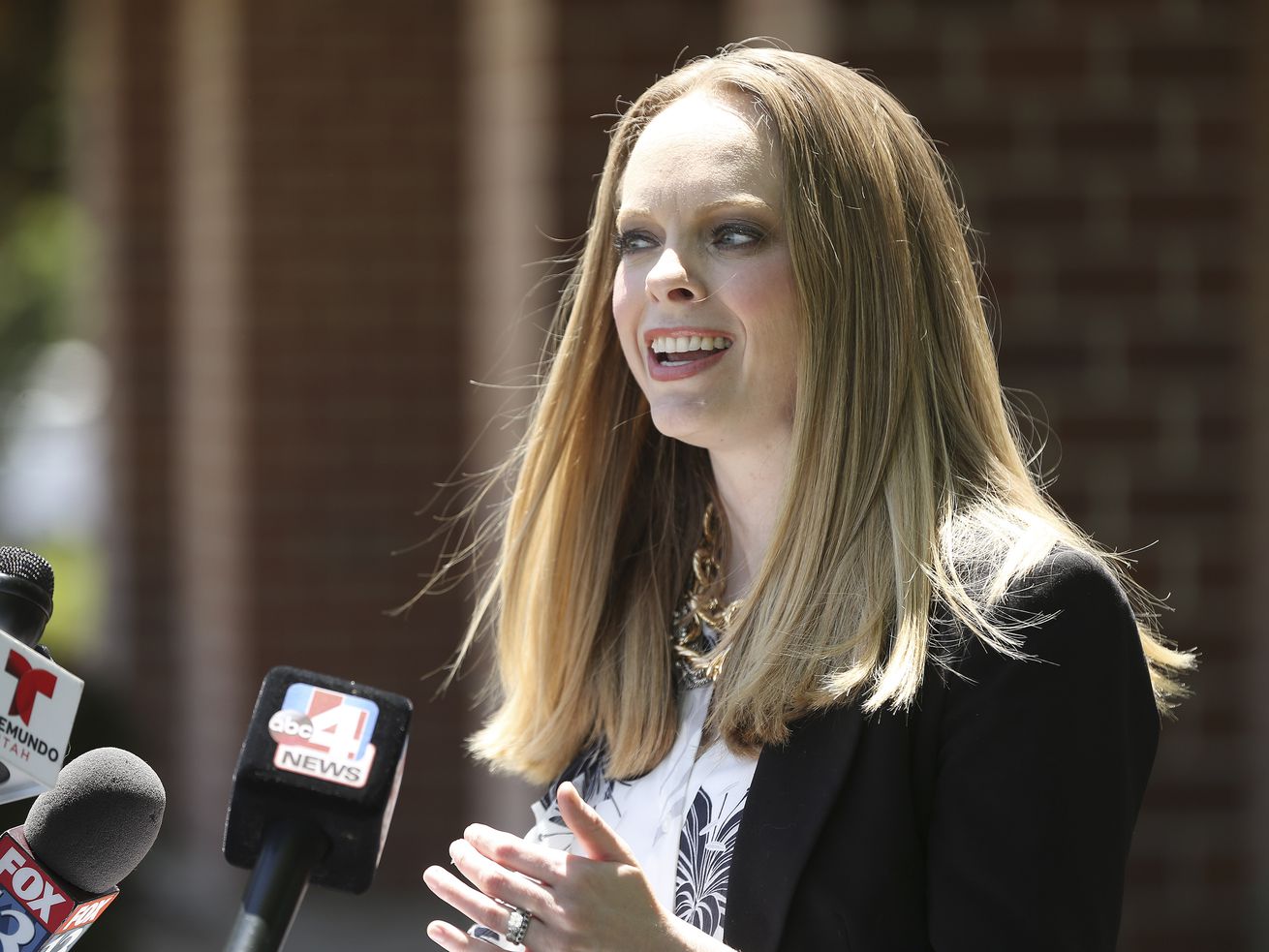 Child abuse survivor Deondra Brown helps launch a campaign dedicated to empowering and helping child abuse survivors during a press conference at the Children’s Justice Center in West Jordan on Wednesday, May 27, 2020. On Wednesday, Feb. 17, 2021, Brown urged Utah lawmakers to support HB177, which would to add the teaching of consent to Utah’s sex education standards. | Jeffrey D. Allred, Deseret News

During hearing, Deondra Brown of The 5 Browns reveals she’s a rape survivor

SALT LAKE CITY — Child sex abuse survivor Deondra Brown, testifying to a legislative committee Wednesday urging their support of HB177, which would to add the teaching of consent to Utah’s sex education standards, revealed she is also a rape survivor.

“I am also a rape survivor from my years at the Juilliard School in New York City. I’ve never spoken about it publicly and I almost never even talk about it privately,” Brown told the House Education Committee.

“I don’t share this simply today for the shock factor or for your sympathy. Although I must say over the years, your sympathy has has proven quite moving and I share this with you today because I believe the issues we are discussing would have impacted my experiences as both a child abuse survivor and as an adult sexual assault survivor,” said Brown, part of The 5 Browns, a classical piano ensemble comprised of she, her two brothers and two sisters.

According to the bill, “consent means agreement to take an action or for an action to occur that is freely-given; informed; knowledgeable; and given by a person who is not legally prevented from consenting because of the person’s age or lack of capacity.”

Prior to the committee vote after 90 minutes of emotional debate and testimony, Moss told committee members “I want to make it very clear that I have no other motives in this bill other than to protect children. No other motives, no organizations that have guided me. This is purely been from a personal standpoint and my understanding of teens and what I think they need to better protect themselves.”

The bill was narrowly supported by the committee on a vote of 6-5, sending it to the House for further consideration.

HB177 will enable well-trained, skilled and caring teachers to open the door for conversations with parents to share their values, said Moss, who has adult children and is a retired schoolteacher.

“If they don’t want them to have that information, you’ve heard over and over again, they do not …read more