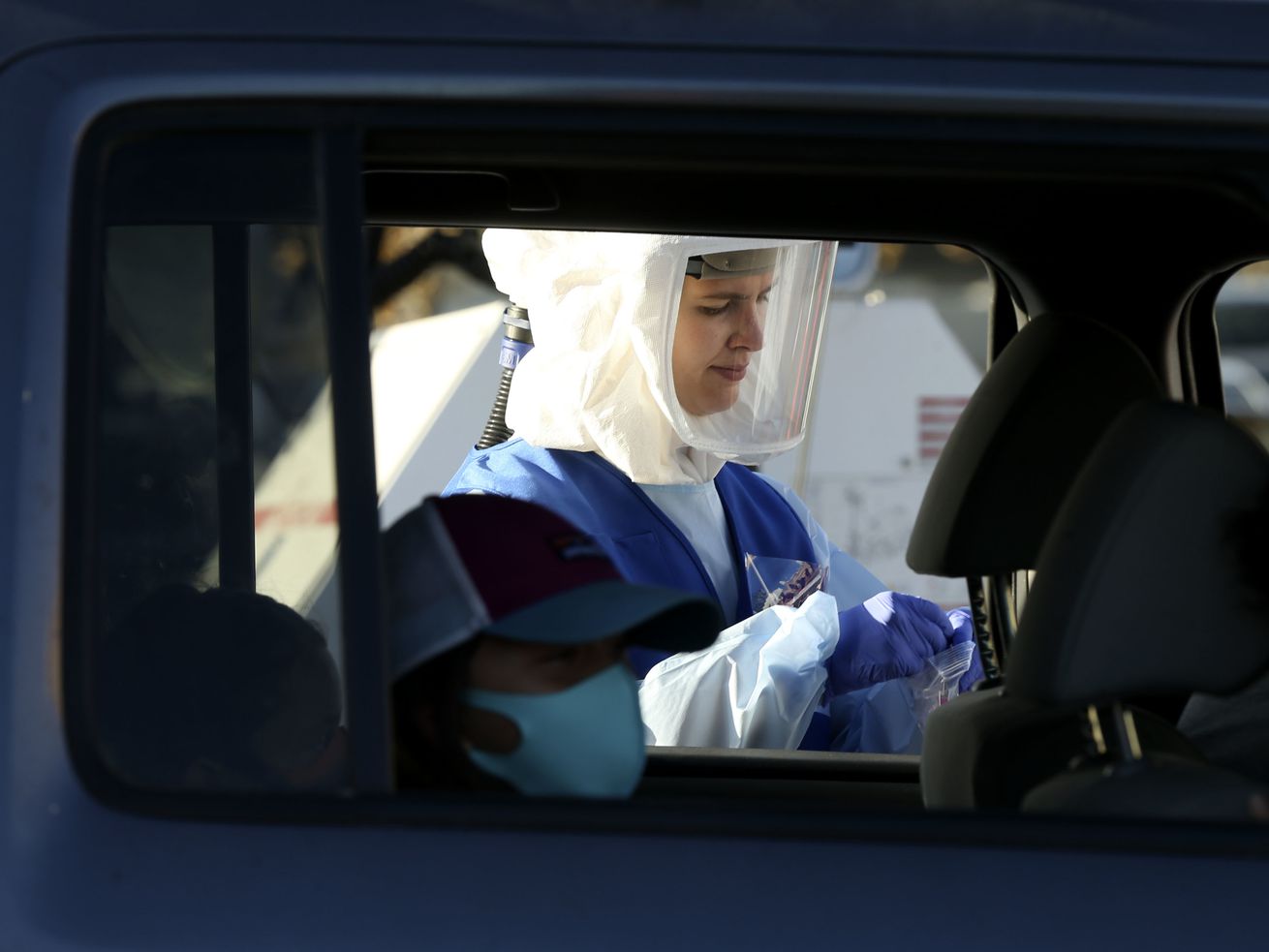 “We are at the breaking point and ready to have some serious repercussions,” Herbert said in a press conference.

Those serious repercussions include the possibility of shutting down restaurants and other business, and prohibiting gatherings for the coming holidays, according to national officials. They’re watching Utah closely, and what they see is a populace that has not kept the spread of the virus under control.

At the very least, it’s embarrassing. A state known for its volunteerism and social conservatism — the notion of looking out for one another by adhering to virtuous principles — shouldn’t be in this position.

But embarrassment pales in comparison to the real threats to life the virus poses. Death isn’t the only outcome; lingering symptoms and abnormal functions plague some survivors even weeks after testing negative.

This is not the time to let up and push back, as some cohorts of anti-mask protesters have visibly been doing. At least those groups are small, and we’re confident many Utahns are complying with the state order, even if grumbling about it behind their masks.

Still, it will take more than “many” Utahns masking up to chop away at the rate of infection spreading through the state. Everyone must take seriously the simple precautions of wearing a mask, washing hands and avoiding social gatherings outside of the immediate household.

And for those wary — or weary — of mask-wearing, the Centers for Disease Control and Prevention highlighted some good news on Tuesday: Not only does wearing a quality cloth mask dramatically reduce the spread of airborne droplets, it carries a measure of protection for the mask wearer, too.

A multilayered, tightly woven mask could filter as much as 50% of breathable particles, according to the CDC. Another study has shown wearing a mask can reduce the severity of COVID-19 even if the wearer gets infected.

And for the economically minded, the CDC analysis shows increasing the amount of people who wear masks by 15% would save the economy about $1 trillion.

There is evidence and more for the effectiveness of wearing a mask in public. The same could be said for washing hands and maintaining appropriate distances in public. The formula isn’t complex, but its potency hinges on millions of Utahns choosing to follow it.

We don’t want the state to shut down, nor does any other resident, and especially not those whose livelihoods depend on the success of their small business. Think of them. Think of the loved ones at risk and of the health care workers treating a wave of patients without regard for their politics or background.

They deserve your help. Selfless actions today will protect lives down the road.