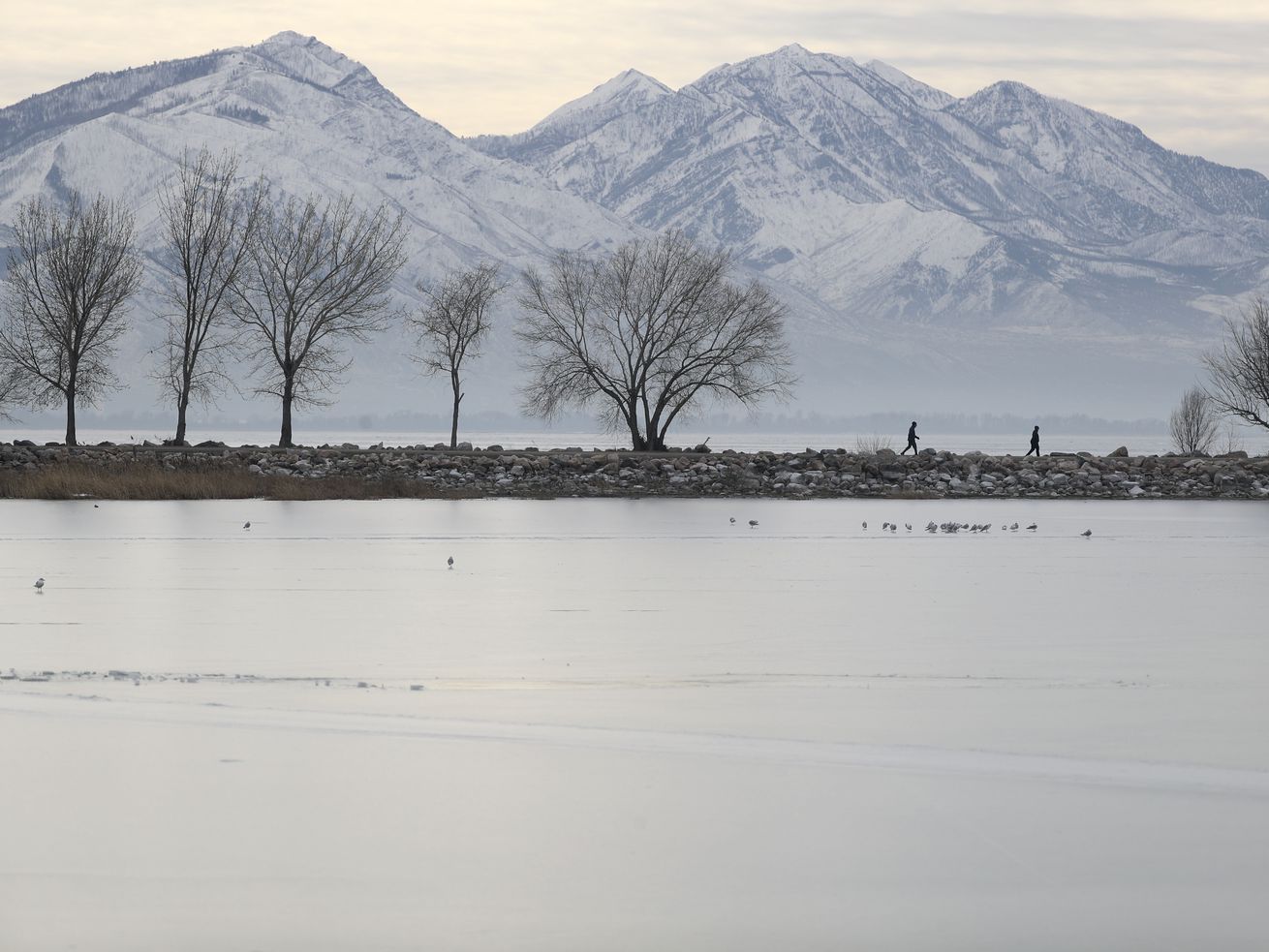 People walk on a jetty in Utah Lake State Park in Provo on Thursday, Jan. 13, 2022. Stakeholders gathered at Utah Valley University this week to discuss the future of the lake, including scientists, lawmakers, government officials and the public. | Kristin Murphy, Deseret News

With Utah in the midst of a historic drought and increasingly warmer temperatures, the fate of the state’s largest freshwater lake is uncertain.

For years, Utah Lake has been plagued by toxic algal blooms, invasive plants and fish and increasing demand for water from rapidly expanding Utah County.

One proposed solution has been making headlines — a multibillion-dollar dredging effort to deepen the lake on average by 7 feet. The dredged material would be used to create man-made islands, some for development, recreation and wildlife.

Dubbed the Utah Lake Restoration Project, some form of the idea has been considered for years. However on Jan. 6, Lake Restoration Solutions filed an application for the permits needed to move forward with the project, the closest the proposal has ever been to reality. A deeper lake, the company says, means a healthier lake, with cooler temperatures and less algal blooms.

The project is made possible by HB272. Passed in 2018, it authorizes the Utah Division of Forestry, Fire and State Lands, which has oversight over the lakebed, to dispose of it as compensation for the comprehensive restoration of Utah Lake if certain conditions are met.

Kristin Murphy, Deseret News
Utah Lake is pictured in Utah County on Thursday, Jan. 13, 2022. Stakeholders gathered at Utah Valley University this week to discuss the future of the lake, including scientists, lawmakers, government officials and the public.

Both the restoration project and the legislation are facing stiff local pushback, including the 100-plus scientists who recently signed a letter speaking out against the project, and the Utah Sierra Club chapter, the Southern Utah Wilderness Alliance and the Timpanogos Nation are among the groups promoting a petition to amend HB272.

The petition says the dredging project “is almost certain to fail, leaving a huge environmental mess for Utah taxpayers to clean up.”

The divide was on display Tuesday as stakeholders met at Utah Valley University to discuss the future of the lake. Hosted by Rep. Keven Stratton, R-Orem, the Utah Lake Summit brought together scientists, lawmakers, government officials and the public.

“One of the great things is we don’t see things the same way,” Stratton said. “I don’t look at that as a negative, I look at that as a positive. Different points of view will certainly lead to the best solution.”

Ben Abbott, associate professor of aquatic ecology at Brigham Young University, kicked off the summit with a presentation that painted a positive outlook for the lake, contrasting what some developers and government officials …read more