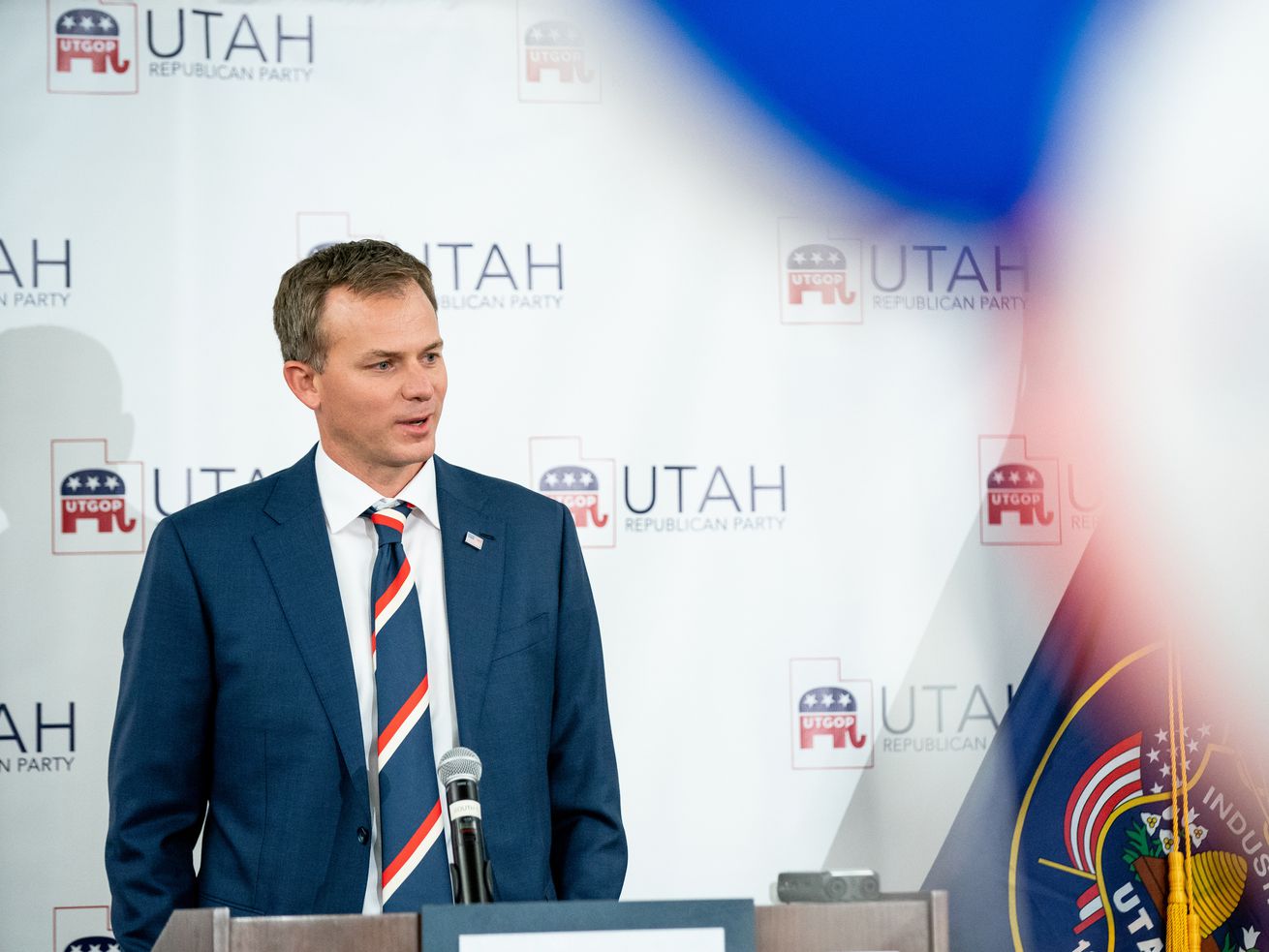 Blake Moore, who won Utah’s 1st Congressional District seat, speaks at an election night event for Republican candidates at the Utah Association of Realtors building in Sandy on Tuesday, Nov. 3, 2020. Moore is not a household name. But he and other young representatives want meaningful solutions for America’s younger generations. | Spenser Heaps, Deseret News

Utah’s Rep. Blake Moore is not a household name. But he and other young representatives want meaningful solutions for America’s younger generations.

Even before Time magazine called them “entitled narcissists” and “fame obsessed” in 2013, millennials had a bad rap. They were made out to be self-absorbed and materialistic, shallow and lazy. A later Time story offered an ominous, follow-up warning to readers: “Love ’em or hate ’em, this much is true: one day soon, millennials will rule America.”

That day may come sooner than expected. Thirty-one members of the House of Representatives are millennials, up from five at the start of the 115th Congress (January 2017). And the Senate’s first millennial, Georgia Democrat Jon Ossoff, took office this year.

Increased representation in Congress hasn’t erased the millennial stereotypes, though. In some ways, the most visible young members of Congress only cement them. Ossoff makes TikToks to inform constituents about vaccines; Rep. Matt Gaetz, R-Fla., lives by the mantra, “If you aren’t making the news, you aren’t governing”; Rep. Alexandria Ocasio-Cortez, D-N.Y., gives Twitter lessons to her colleagues on the Hill.

But not all millennials in Washington are buying stock in this so-called “attention economy.” Rep. Blake Moore, a 40-year-old freshman representing Utah’s 1st Congressional District, was recently named a co-chairman of the Future Caucus, the first and only bipartisan caucus for young members of Congress. Joe Greaney, a senior manager of policy and outreach for the Millennial Action Project, which manages the Future Caucus, said Moore, who identifies as a millennial while on the older end of that generation’s age spectrum, is a perfect fit.

The drought meets cancel culture. Why shaming your neighbors isn’t the answer

“There is a pretty stark divide between those who are here to lead seriously, and those who are advancing their own careers,” Greaney said.

The Future Caucus is now beginning its fourth iteration, founded in 2015. Its stated mission is to bring young members of Congress together and find bipartisan solutions on the issues that young people deal with — higher education, entrepreneurship, veteran’s employment, technology, sustainable energy solutions.

But finding common ground is rarely easy. Millennials and Gen Z grew up in an age of recessions and government shutdowns, of mass shootings and endless wars. And getting conservatives to cooperate with the caucus has been even more difficult, Greaney admitted.

“Most young people are not as conservative as their older counterparts,” he said. Greaney is right — younger American generations are more liberal, and stay more liberal as they age, than their older counterparts. And President Joe Biden — the oldest first-term president in U.S. history — is enjoying record-high approval from college students while rolling out a progressive agenda.

Younger Americans may be …read more