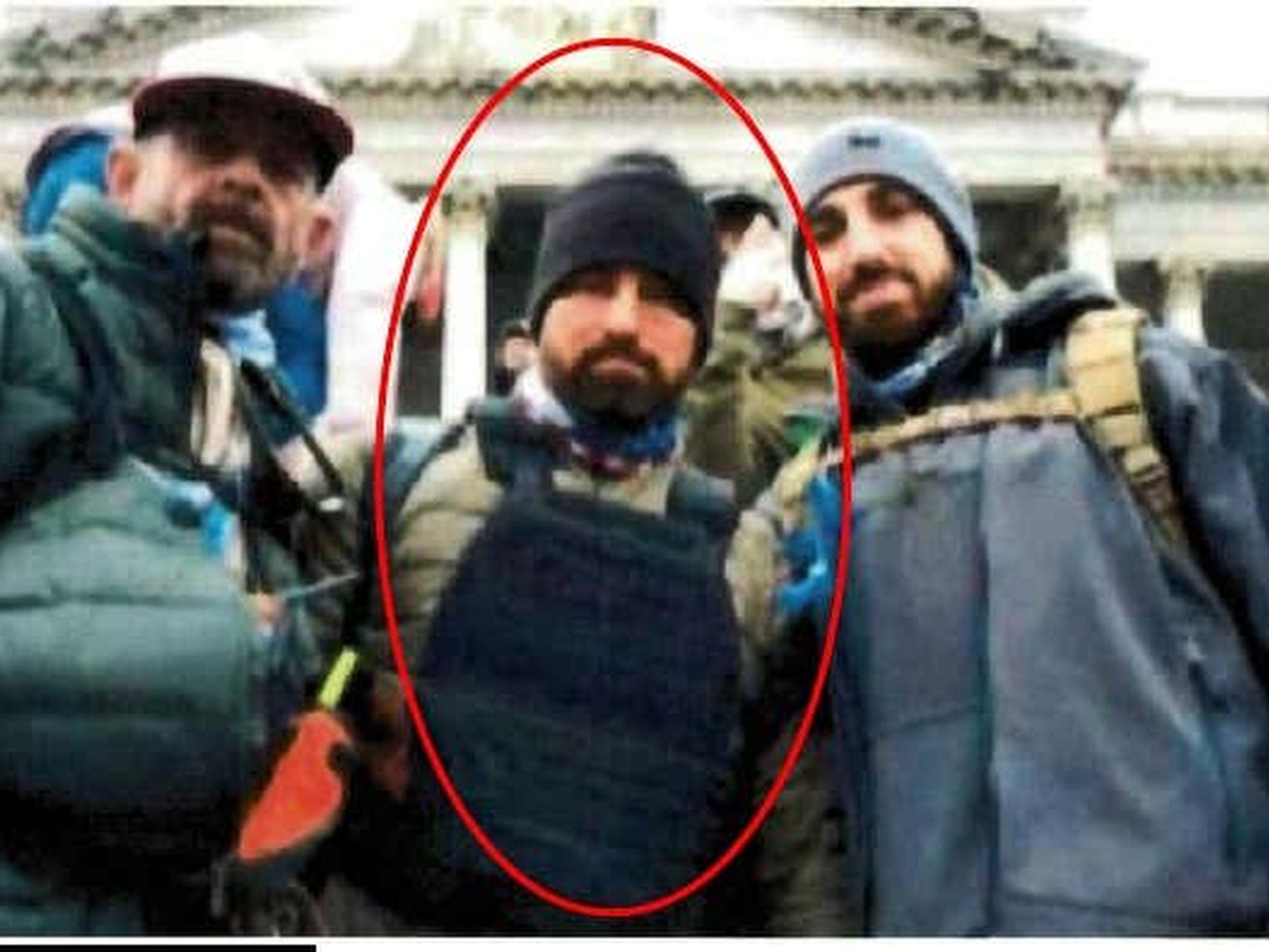 A third Utah man faces federal criminal charges accusing him of illegally entering the U.S. Capitol during a deadly riot in January.

Brady Knowlton, of St. George, appeared in U.S. District Court in Salt Lake City on charges of knowingly entering or remaining in a restricted building or grounds without lawful authority; violent entry and disorderly conduct on Capitol grounds, and obstruction of justice/Congress.

A witness identified Knowlton in photos from outside and inside the Capitol during an interview last month, according to criminal complaint.

In the photos, Knowlton is wearing a black ski hat, tactical vest and green jacket. He is also wearing an American flag neck gaiter and appears to have the tube hydration backpack protruding from his back.

Video footage from the Capitol shows Knowlton entering the building through a door on the upper west terrace about 2:35 p.m. on Jan. 6 and he appears to be taking video with a cellphone. The video shows Knowlton going into the rotunda where he stayed for several minutes. Knowlton is then captured on video inside the Senate chamber gallery. according to the complaint.

Knowlton’s cellphone records show he made calls from inside the Capitol, the complaint says.

The case will be tried in Washington, where Knowlton is scheduled to appear April 12.

Government prosecutors did not seek to hold Knowlton in jail during a brief federal court hearing Wednesday in Salt Lake City, but requested conditions for his release.

Magistrate Judge Jared Bennett restricted Knowlton from traveling to Washington except for court appearances and meetings with his lawyers. The judge required him to surrender his passport but said he can leave Utah to travel to other states with permission from the court. Knowlton must also remove all firearms from his home pending resolution of the case.

Assistant U.S. attorney Bryan Reeves said agents found five or six guns as well as ammunition and paraphernalia for other firearms during the search of his house. Knowlton’s lawyer, David Finn, described them as hunting rifles.