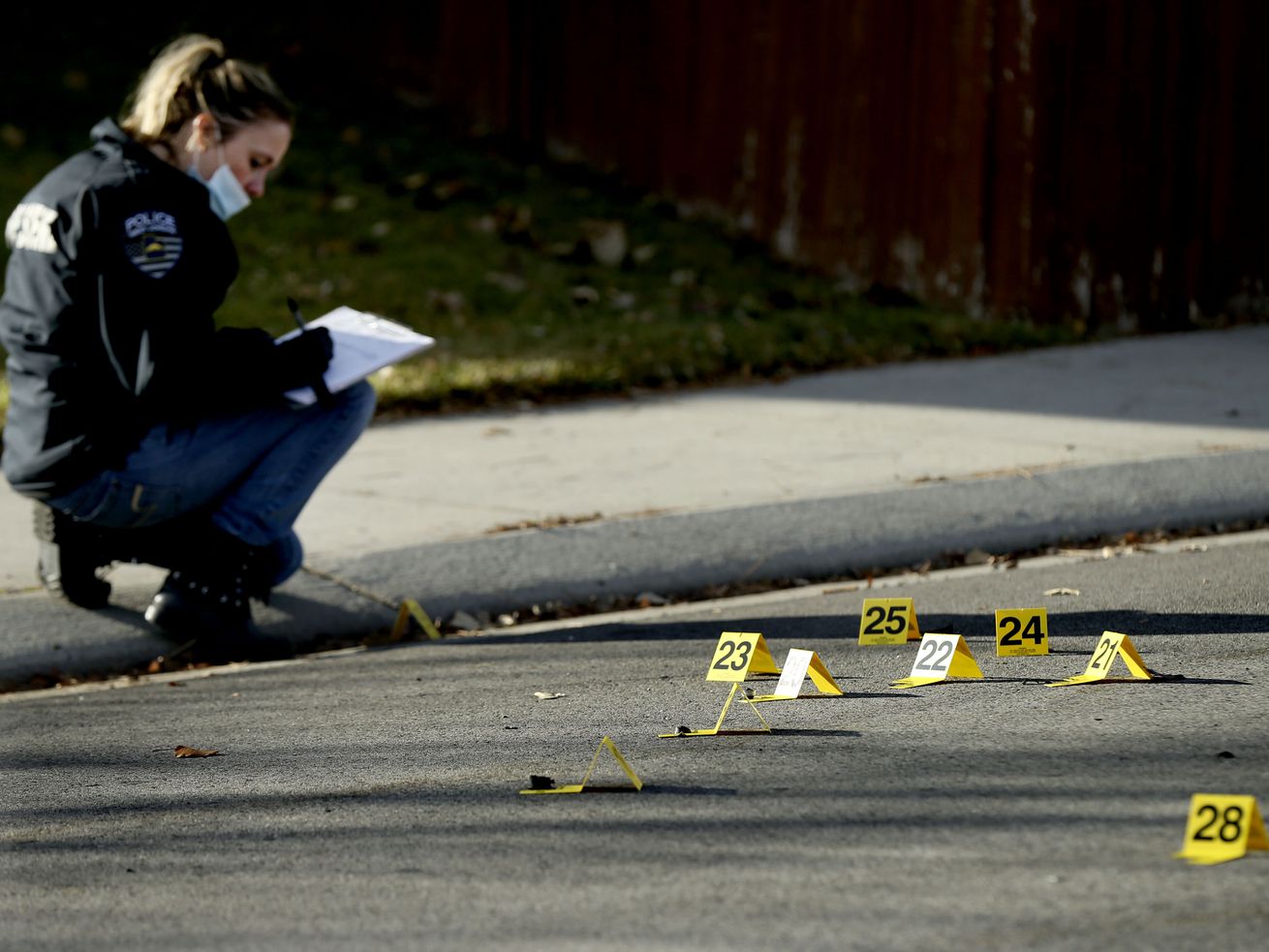 A West Jordan police officer investigates the scene of a shooting that left one man dead in West Jordan on Thursday, Nov. 19, 2020. Officers responded to the area of 7000 South and 5200 West about 2:30 a.m. and found a man deceased in the street. | Laura Seitz, Deseret News

WEST JORDAN — Two people have been arrested in connection with the shooting death of a man found on a West Jordan residential street.

Jayton Merrill, 18, of Grantsville, and Sarah Elaine Lobato, 20, of Kearns, were each booked into the Salt Lake County Jail for investigation of murder, aggravated assault, obstructing justice and possessing more than 100 pounds of marijuana. Merrill was also booked for suspicion of discharge of a firearm.

About 2 a.m. Thursday, a man was found shot to death in the area of Ticklegrass Road and Sparrowtail Road (approximately 7000 S. 5200 West). Officers arrived to find an adult male deceased in the road next to a large adventure van. The name of the deceased man has not yet been released.

“Through the witness testimonies, video evidence, and other investigative means, it has been found that Jayton Merrill shot the victim, who later died as a result of the gunshot wounds,” according to a police affidavit.

Police believe that Lobato “used electronic communicative means to set up a meeting with the intent to use premeditated violence. This violence resulted in the victim’s death,” a second affidavit states. Police also said that Lobato “had a sexual relationship with the victim and they lived together since March 2020.”

When Merrill and Lobato were arrested, they were in possession of more than 100 pounds of marijuana, the affidavits state.

Elon Musk Vs. Bill Gates: Who Ya Got?

This story will be updated as more information becomes available.