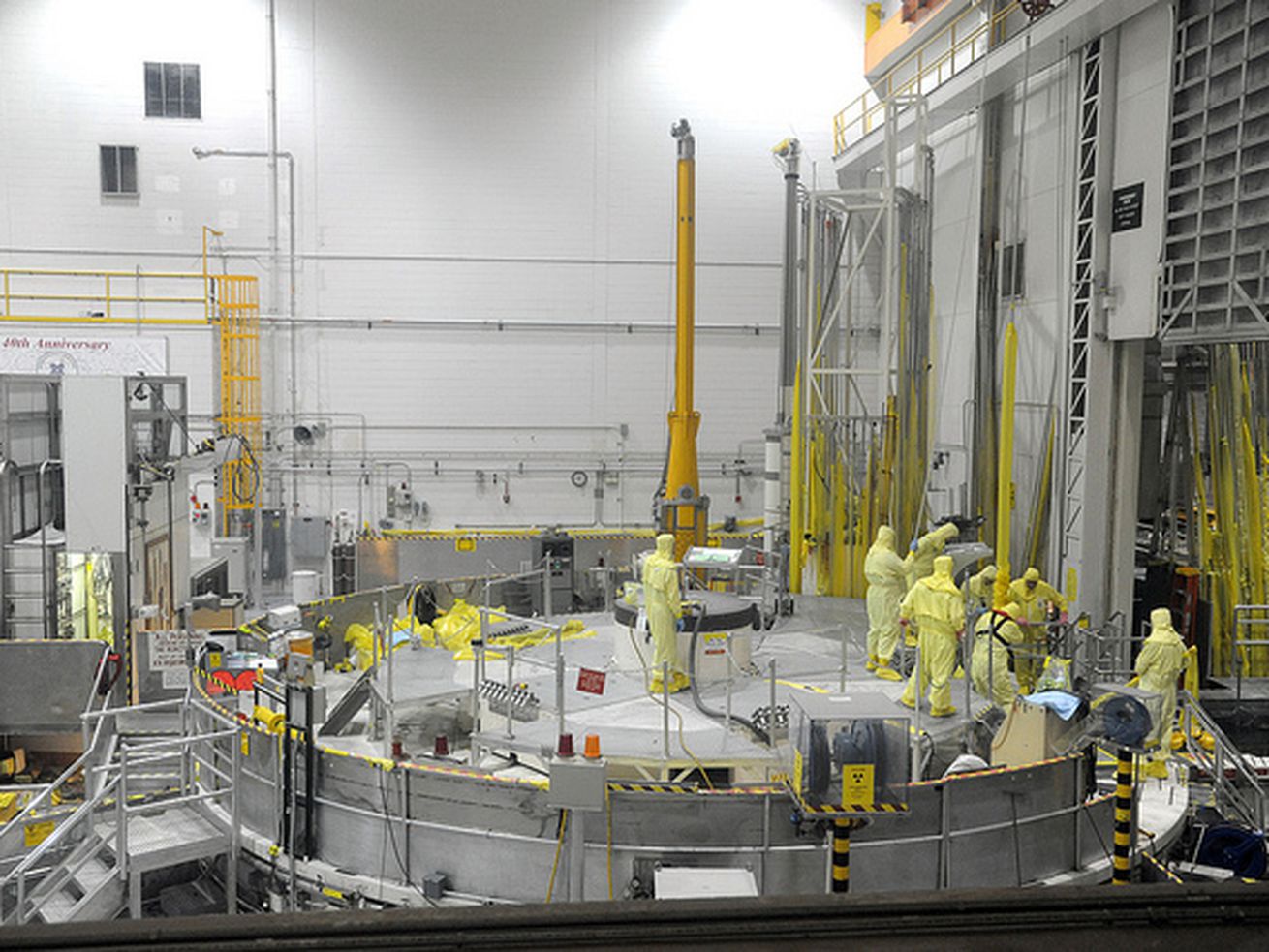 The money spread over 10 years will pay for one-time costs Utah Associated Municipal Power Systems has in developing and building the commercial reactors.

Officials said the money will lower the cost of energy produced by the reactors, making it competitive in the marketplace and reducing the financial risk for UAMPS members.

The first-of-a-kind project is part of an Energy Department effort to reduce greenhouse gasses by using nuclear power to complement intermittent renewable energy such as wind and solar power.

“The ideal world for utility companies and their customers, and the most cost-effective, are portfolios containing a high percentage of low-cost renewables, backed up by stable, carbon-free nuclear energy that is available 24 hours a day, 365 days a year,” Douglas Hunter, the energy cooperative’s chief operating officer and general manager, said in a statement.

The money is going to Carbon Free Power Project, which is owned by the energy cooperative. The project involves 12 small modular reactors each capable of producing 60 megawatts, or 720 megawatts when all 12 reactors are operating.

The energy company plans to buy the reactors from NuScale, then assemble them in Idaho. The first small modular reactor is scheduled to come online in 2029, if regulatory agencies approve, with 11 more to follow in 2030.

The reactors would operate at the Energy Department’s 890-square-mile site that includes the Idaho National Laboratory, a nuclear research facility that would help with the development of the reactors.

The energy cooperative said energy from the reactors will replace that of coal plants nearing the end of their life cycles. The cooperative said its Carbon Free Power Project has so far signed up 33 member utilities in five states, with more expected to join. Overall, the cooperative has 47 members in Utah, California, Idaho, Nevada, New Mexico and Wyoming.

During a September meeting, the Utah Legislature’s Public Utilities, Energy and Transportation Committee, heard an update on the project, with some lawmakers worried about potential financial risks to cities. The concern was echoed by the Utah Taxpayers Association, which said the investment by Utah cities is too risky and they should not be acting as seed investors.

Dave Burnett, manager of Brigham City Power, said the city needs only to look at the volatility of California’s power prices to understand the need for securing a reliable base load supply of energy.

“It is a big risk; I think that is what might be scaring some of the cities,” he said. “When you look …read more