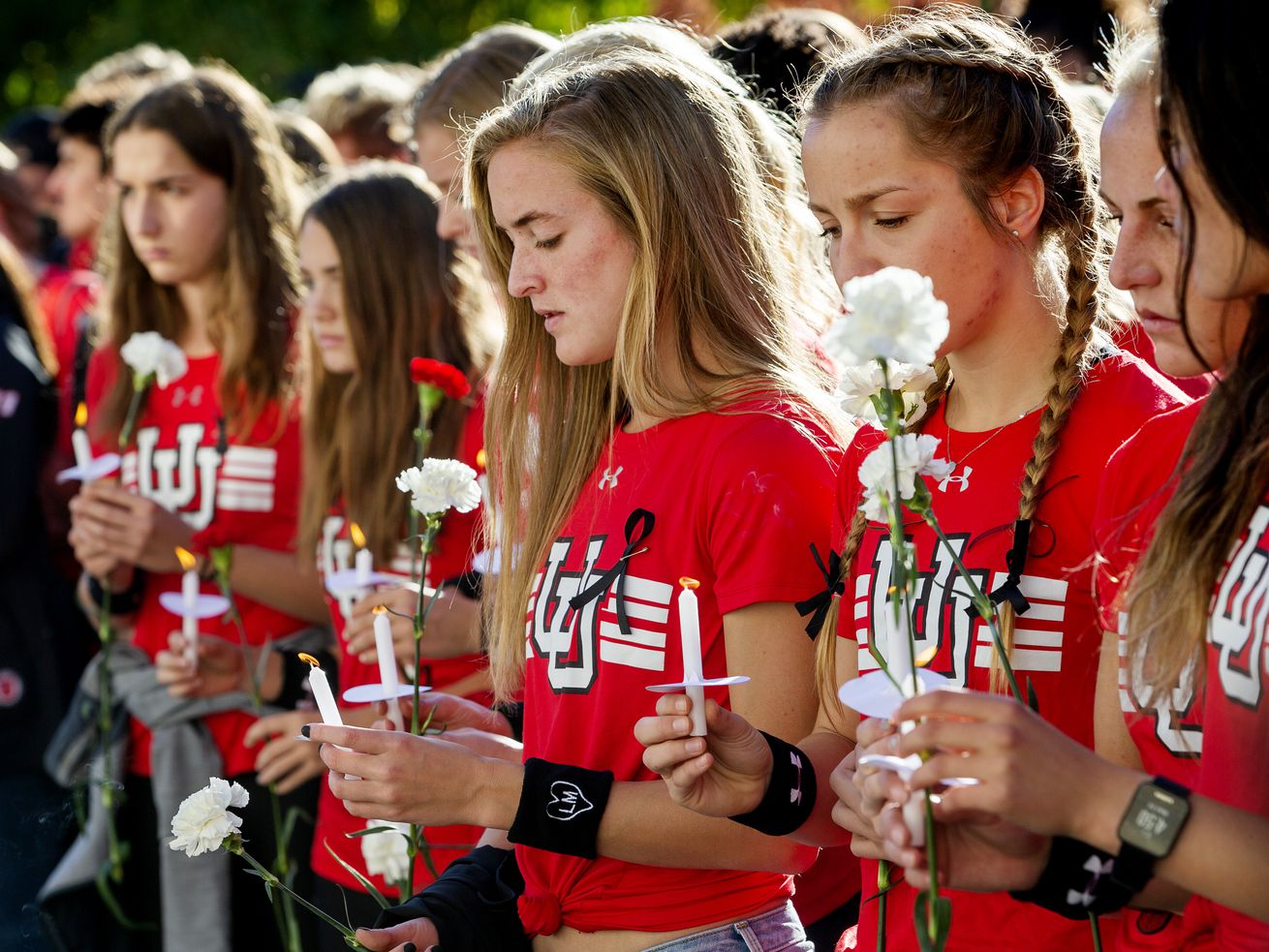 Members of the University of Utah track team attend a vigil for Lauren McCluskey at the Park Building on Wednesday, Oct. 24, 2018. McCluskey was killed by a man blackmailing her over intimate photos, which were then shared by a police officer investigating the case. Utah lawmakers voted to close a loophole that prevented charges against the police officer. | Scott G Winterton, Scott G Winterton, Deseret News

Bill that would allow charges against officer awaits governor signature

SALT LAKE CITY — The Utah Legislature gave final approval on Tuesday to a scaled-back version of a bill inspired by issues surrounding the death of University of Utah student Lauren McCluskey.

The Utah House of Representatives voted unanimously to concur with Senate changes made to HB147, which narrowed the bill to specifically outlaw the sharing of intimate images without consent outside legitimate law enforcement investigative purposes, regardless of whether a victim is alive to suffer emotional distress.

The bill now goes to Gov. Spencer Cox’s desk for his consideration.

More than two years ago, McCluskey gave intimate photos to a University of Utah police officer to aid in the investigation of her eventual killer, Melvin Shawn Rowland, 37, who was blackmailing her with the photos. A review conducted by the Utah Department of Public Safety found that officer accessed them multiple times and showed them to others on his phone on at least four occasions.

Watch Michael B. Jordan as a Vengeful Navy SEAL in Tom Clancy's 'Without Remorse' Trailer

A previous version of HB147 would have clarified that sharing of intimate images of someone without his or her content is outlawed, regardless of whether a victim is alive to suffer emotional distress. But last week co-sponsor Sen. Todd Weiler, R-Woods Cross, put forth a substitute to more narrowly tailor the bill to McCluskey’s situation.

The new version of the bill, adopted by the Senate without debate, specifies the sharing of intimate images is a crime only if the victim suffers “actual emotional distress or harm” if the person depicted in the image was the victim of a crime, if the image was given to law enforcement as part of an investigation or prosecution of a crime committed against the victim, if the image was distributed “without a legitimate law enforcement or investigative purpose by an individual who had access to the intimate image due to the individual’s association with the investigation or prosecution,” and if the victim is dead.