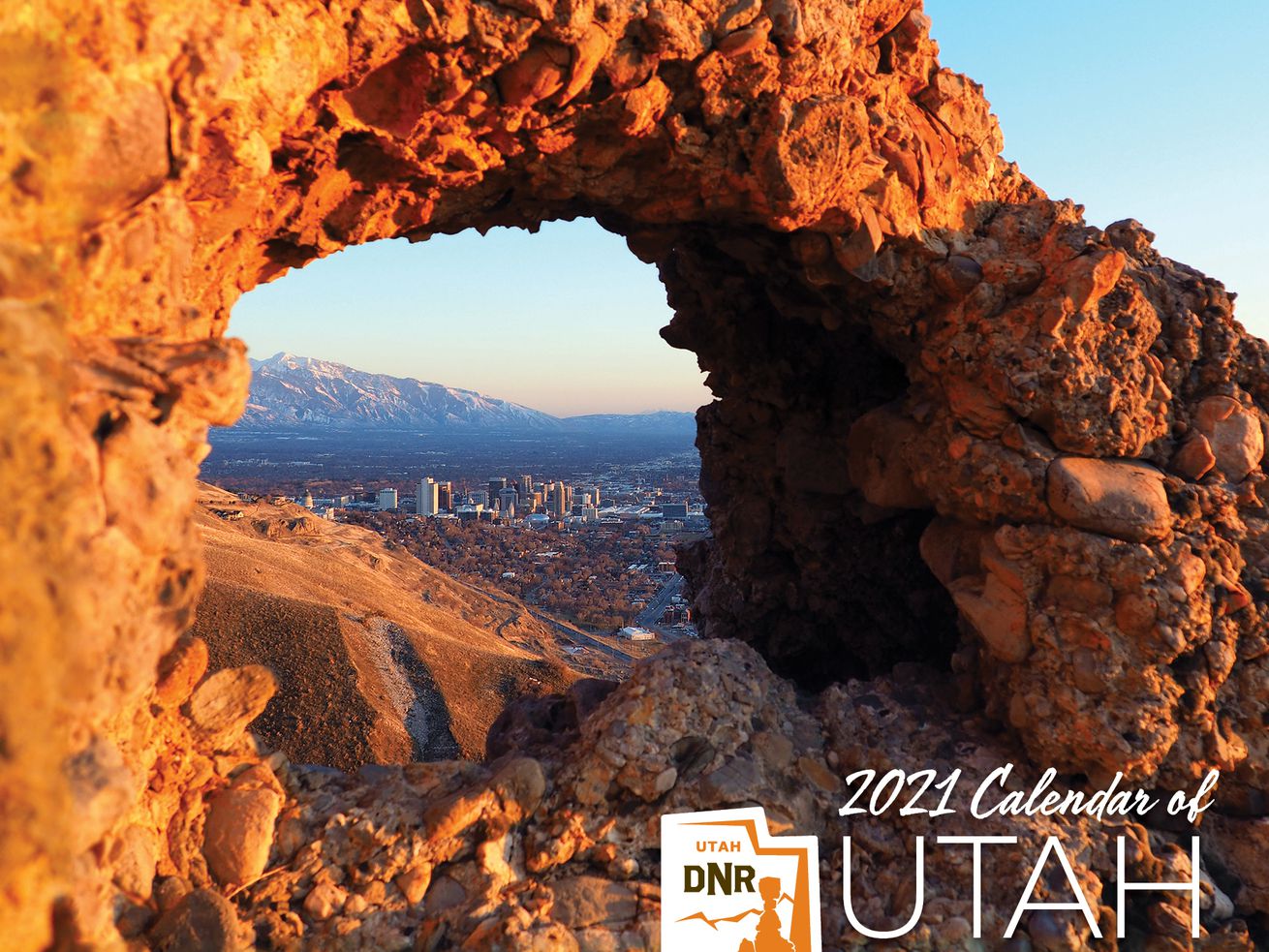 SALT LAKE CITY — The Utah Geological Survey has released the 15th edition of its popular Calendar of Utah Geology. The photographs often focus on remote locations found by UGS scientists working in the field, and this year’s calendar has plenty of remote and isolated scenery.

“I had been exploring the trails behind my house for nearly 20 years before finding Industrial Arch,” said UGS geologist Mark Milligan, about this year’s cover photo. “There are fossils, multiple hot springs, recent landslides, and amazing mountain and lake vistas, all within walking distance. But an arch? Turns out there are at least two small but picturesque arches out my back door.”

Milligan does not live in one of Utah’s picturesque rural towns but two blocks from the Utah Capitol. He photographed the arch as part of a work assignment.

Conversely, UGS wetland ecologist Diane Menuz captured a rugged and beautiful scenic image from midway up Volcano Peak in a remote and rarely visited part of Tooele County. Like many of her co-workers, Menuz’s field work demands she travel to remote places, but it was a desire for isolated recreation during the pandemic that led her and her family to camp in Utah’s West Desert.

“The solitude was great but we were not alone. A stubborn bighorn sheep would not move aside and prevented me from summiting the peak,” she said. At least she got the calendar photograph for her effort.

Utah reports another 6,142 COVID cases and 15 deaths over two days

The Utah Geological Survey first published the Calendar of Utah Geology in 2007 and has included over 500 photos from national parks, state parks, urban outskirts, scores of little-known remote locations, and every Utah county. All photos have had a geologic theme and an eye to Utah’s natural beauty. And the one thing lacking in every photo? People.