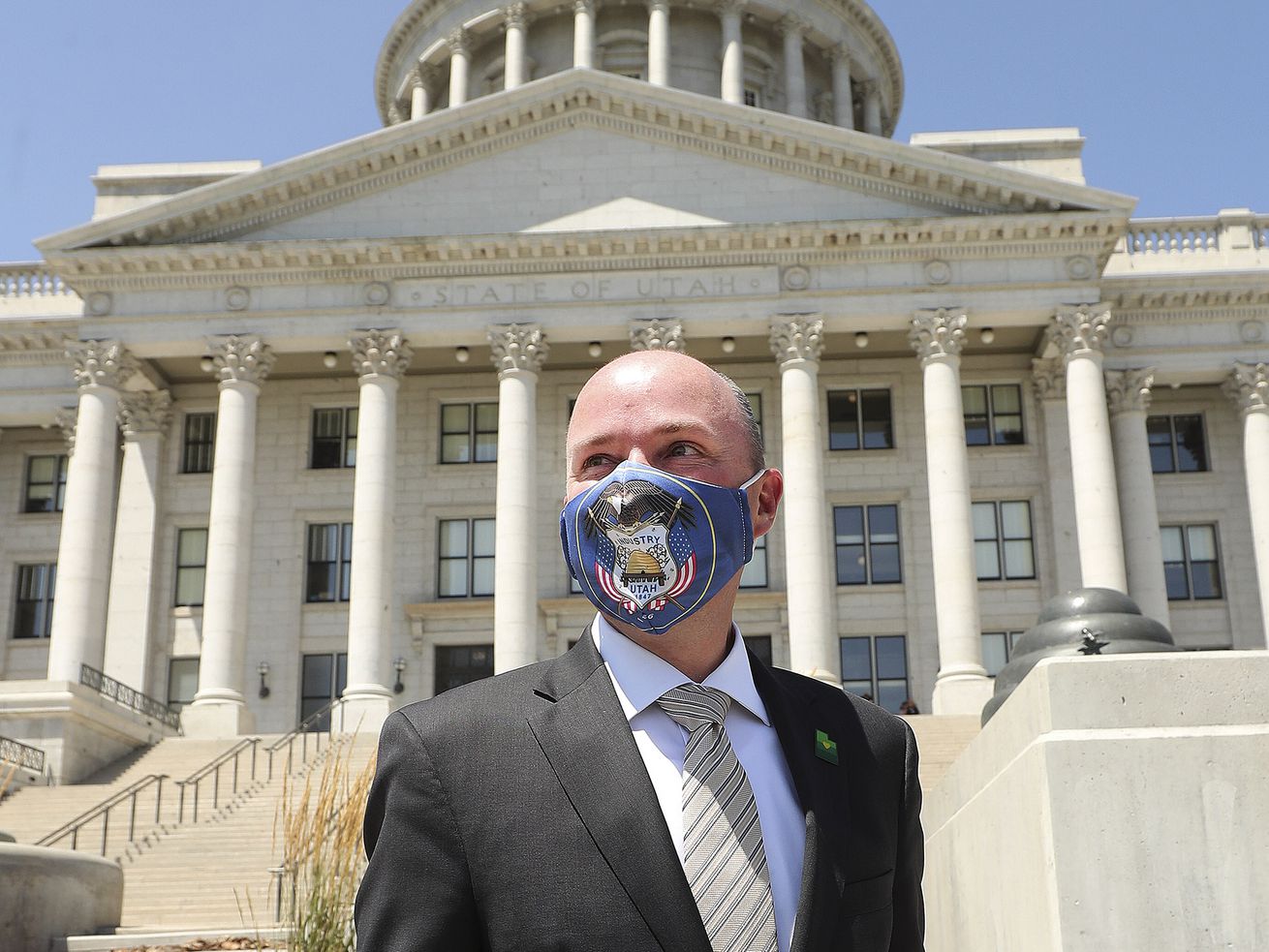 Lt. Gov. Spencer Cox speaks during a press conference outside of the Capitol in July. On Tuesday, the now governor-elect told a legislative committee he supports a plan to create a new economic development commission for the state of Utah. | Jeffrey D. Allred, Deseret News

SALT LAKE CITY — Gov.-elect Spencer Cox is looking to get a head start on his campaign promises to bring Utah’s economy back from the COVID-19 pandemic — and signal his intent to have a good working relationship with the Utah Legislature.

Legislators on the Economic Development and Workforce Services Interim Committee were energized by the proposed legislation, complaining about a fracturing between the legislative and executive branches and expressing hope that Cox’s administration would lead to better collaboration between the Legislature and the governor’s office.

“The Cox-Henderson administration believes in the importance of the Legislature and working very closely with each of you, that you will likely see more of us, especially on these big and important policy initiatives that we have been working on together and will work on together to solve the problems that face Utahns for the next generation,” Cox told committee members.

“It will require an executive branch and legislative branch that work hand in hand.”

How should the government approach Christmas Covid restrictions?

While the Governor’s Office of Economic Development will “continue to play a key role in the overall strategy, no one agency should be solely responsible” for economic development strategies in Utah, Cox said.

Rep. Tim Hawkes, chairman of the House Rules Committee, and Senate Assistant Majority Whip Ann Millner, R-Ogden, told lawmakers on the interim committee they planned to sponsor legislation to create the new statewide commission. Cox joined Hawkes, R-Centerville, and Millner to give a high-level overview of the bill. The committee did not discuss specifics of the bill, which is still being drafted.

Rep. Derrin Owens, R-Fountain Green, said he “couldn’t be more excited for this commission” and the work ahead, applauding Cox for participating in the virtual meeting Tuesday as a member of the executive branch. But he had a concern.

“I don’t want to pour cold water on it … A lot of this sounds the same,” Owens said, noting that the conversation to improve coordination and strategic economic development both on and off the Wasatch Front has been a decadeslong conversation.

Owens said rural Utah counties have continued to struggle to build meaningful jobs, but he was “encouraged” by the effort to bring more leadership to the effort.

Sen. Jake Anderegg, R-Lehi, said he was “thrilled to see this starting to move forward.” He said he wanted to run legislation for the last four years to do …read more