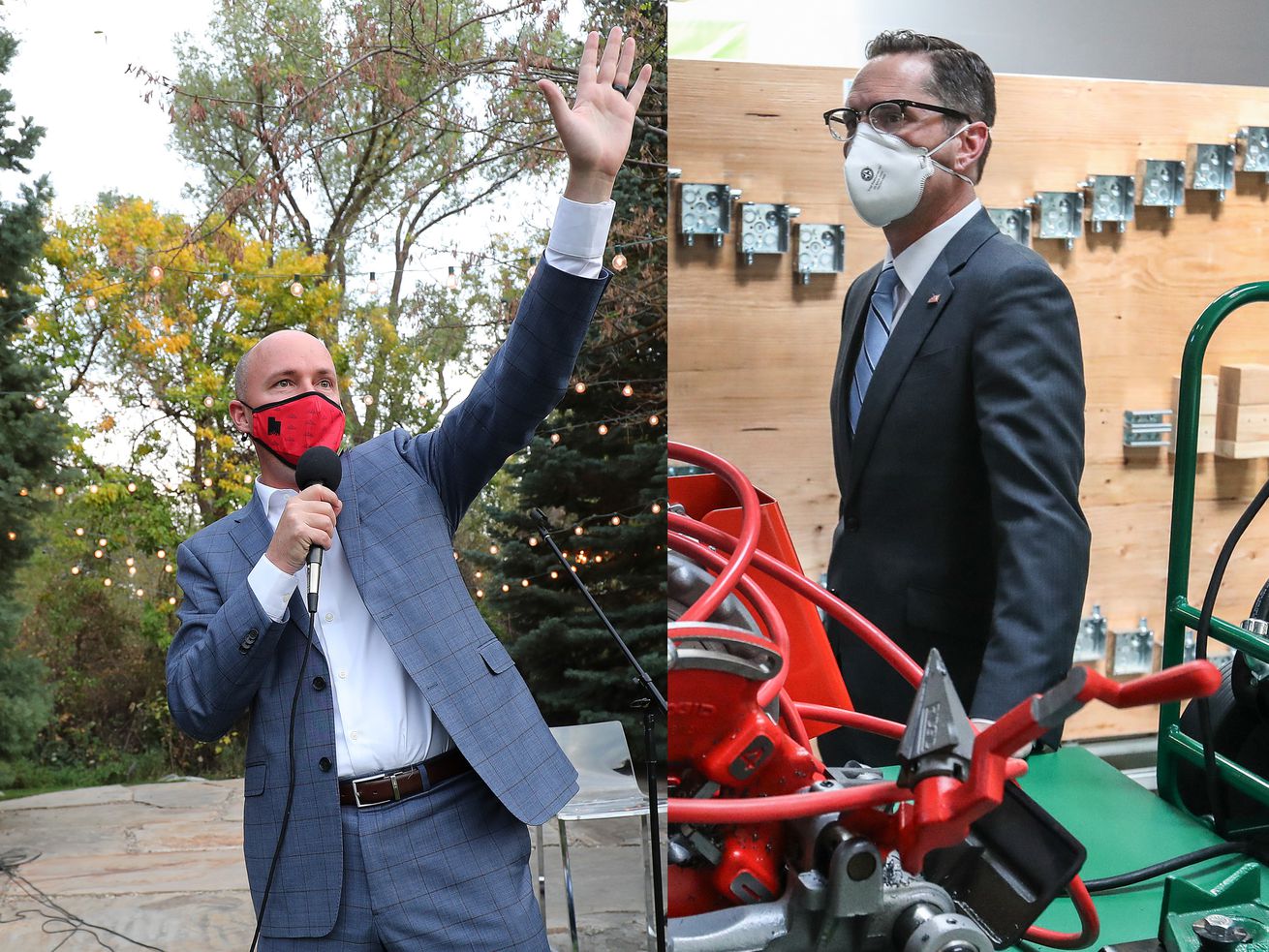 SALT LAKE CITY — Just like the Republican gubernatorial primary election more than three months ago, the race between GOP Lt. Gov. Spencer Cox and Democrat Chris Peterson to become Utah’s next governor has been all about the coronavirus pandemic.

But the general election campaign to succeed Republican Gov. Gary Herbert, who chose not to seek another term after more than a decade in office, has been decidedly more low key in a state that hasn’t elected a Democratic governor in 40 years.

The lieutenant governor alone spent close to $2 million by late June, and still had more than $538,000 in cash on hand at that point. He’s since raised about $887,000 more through Sept. 30 and, after spending another $924,000, reported more than $500,000 available in his most recent state financial disclosure.

Peterson, a University of Utah law professor who secured the Democratic nomination at his party’s state convention in April, had less than $20,000 in campaign cash as of late June. He had added around $70,000 in contributions as of Sept. 30 with a little over $54,000 in cash on hand, according to his latest state disclosure.

With such a substantial money advantage and historical precedent on his side, Cox was confident enough to take a break from campaigning after the primary until after Labor Day in early September. First-time candidate Peterson, however, kept up his call for more action against COVID-19, including a statewide mask mandate.

Whether Cox, who was harshly criticized in the primary for initially leading the administration’s response to the pandemic, would have made the same decision as Herbert not to issue a statewide mask mandate as cases spiked was a key issue during the two gubernatorial debates and the candidate forums held in September.