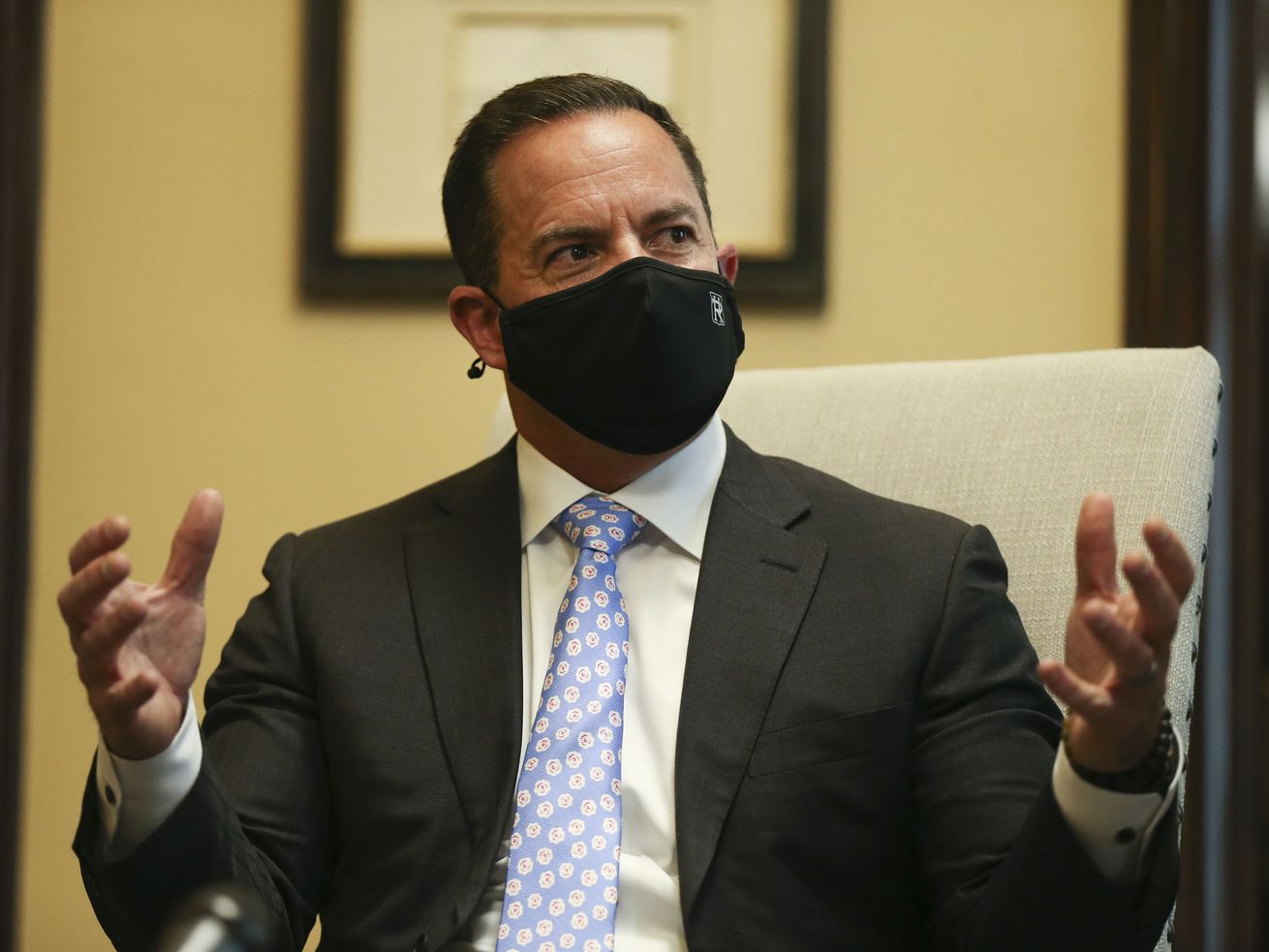 SALT LAKE CITY — Utah lawmakers have even more money on hand to spend this year, according to new revenue estimates announced Friday.

One-time revenue is up by $315 million, and ongoing money is up by $112 million, meaning there’s now over $1.5 billion for lawmakers to appropriate during the final two weeks of the legislative session. That includes about $1.3 billion one-time and $205 million ongoing, according to the new estimates released by Gov. Spencer Cox’s office, the House and Senate on Friday.

“All and all, it’s a very good year for us,” House Budget Chairman Brad Last, R-Hurricane, told his fellow lawmakers on the House floor.

But Last noted most of that money is a one-time boost.

“The challenge we will have is trying to make do with the ongoing money that we have,” he said.

House Speaker Brad Wilson, R-Kaysville, said the new revenue estimates put Utah in an even better than expected position despite the pandemic — a position for which he said “a lot of states would be really happy to trade spots with us.

“It’s important to pause at times like this and be grateful that you’re in Utah,” Wilson said, adding that legislators’ past efforts “to prepare us for these difficult times … are shining right now.”

But lawmakers are facing a horde of requests that far outweigh available money, even with the more generous revenue estimates. Currently, lawmakers’ requests total nearly $2 billion for one-time projects and $400 million for ongoing proposals.

“We probably have less than half than what we’re being asked for,” Senate Budget Chairman Jerry Stevenson, R-Layton, told reporters Friday.

“What it means for the budget is we really have a lot of work cut out for us in the next two weeks,” Stevenson said.

Cox said in a prepared statement that the “Utah Way has again paid dividends, with our state leading the nation in the economic recovery.”

“While I remain optimistic that this trend will continue as more Utahns get vaccinated, we need to be extremely mindful of the sectors of the economy and the families which continue to struggle in our communities,” Cox said. “With prudent use of taxpayer resources, I’m confident that we can respond to outstanding needs, navigate future challenges and leverage opportunities that may come as we rebound from this pandemic recession.”

New revenue projections for the general fund, which are generated from sales tax, are boosted $32 million for ongoing revenue and $80 million for one-time revenue, according to state officials. In the education fund revenue projections, which are generated primarily from income tax and dedicated to education and people with disabilities, $80 million is newly available …read more