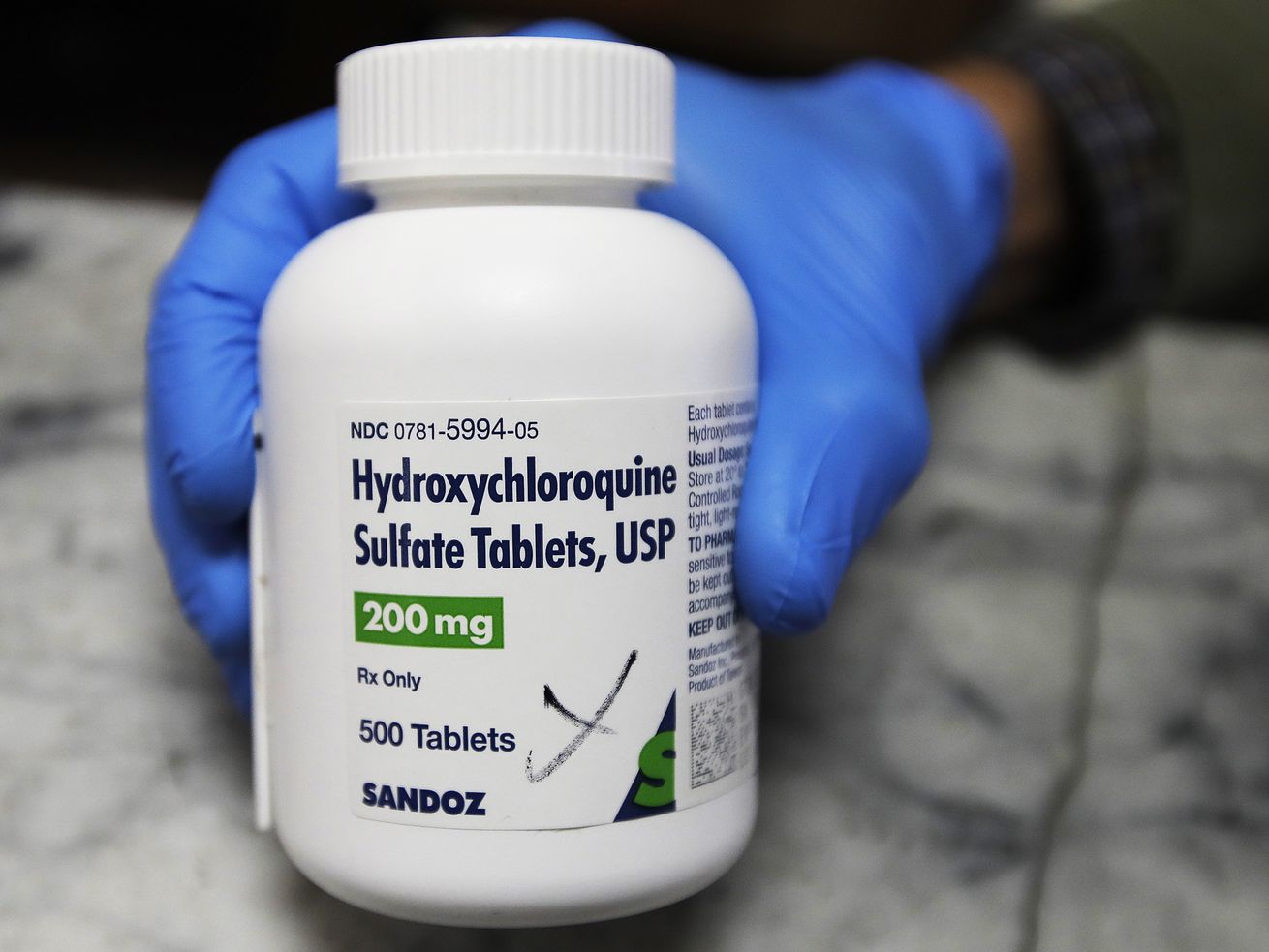 In this April 6, 2020 file photo, a pharmacist holds a bottle of the drug hydroxychloroquine in Oakland, Calif. | Ben Margot, Associated Press

SALT LAKE CITY — The owner of a Utah pharmacy who made a deal to sell the state thousands of doses of hydroxychloroquine as a treatment for COVID-19 now faces a federal charge for receiving the controversial drug from an unregistered manufacturer in China.

Daniel Kevin Richards, the CEO of Draper-based Meds in Motion, is charged with one misdemeanor count of receipt of misbranded drugs in interstate commerce in U.S. District Court in Salt Lake City.

Richards received 50 kilograms of chloroquine and more than 500 kilograms of hydroxychloroquine around April 8, 2020, according to court documents. Investigators say the product was falsely labeled as Boswellia serrata extract, a resin taken from the bark of the boswellia tree grown in India, North Africa and the Middle East used to treat inflammation.

The manufacturer of the hydroxychloroquine, which is not named in the court documents, is not registered with the Food and Drug Administration.

Richards’ attorney, Greg Skordas, said the misdemeanor charge came as the result of months of negotiation with the Department of Justice.

Utah bought $800,000 worth of the anti-malarial drug from Med in Motion last April, a deal that soon raised red flags among pharmacists, medical professionals and some state lawmakers. The left-leaning Alliance for a Better Utah filed a price gouging complaint against the pharmacy over the 20,000 doses it sold to the state.

After an internal review of the deal, the state determined that a supply of chloroquine/hydroxychloroquine was no longer prudent, and sought and received a refund from Meds in Motion.

House to send article of impeachment against Trump to the Senate

Meds in Motion spent close to $1 million stockpiling chloroquine and hydroxychloroquine. Richards said at the time that the pharmacy planned to take a loss and donate the medication to charity to address a worldwide shortage of anti-malarial medications in developing countries, including Africa.