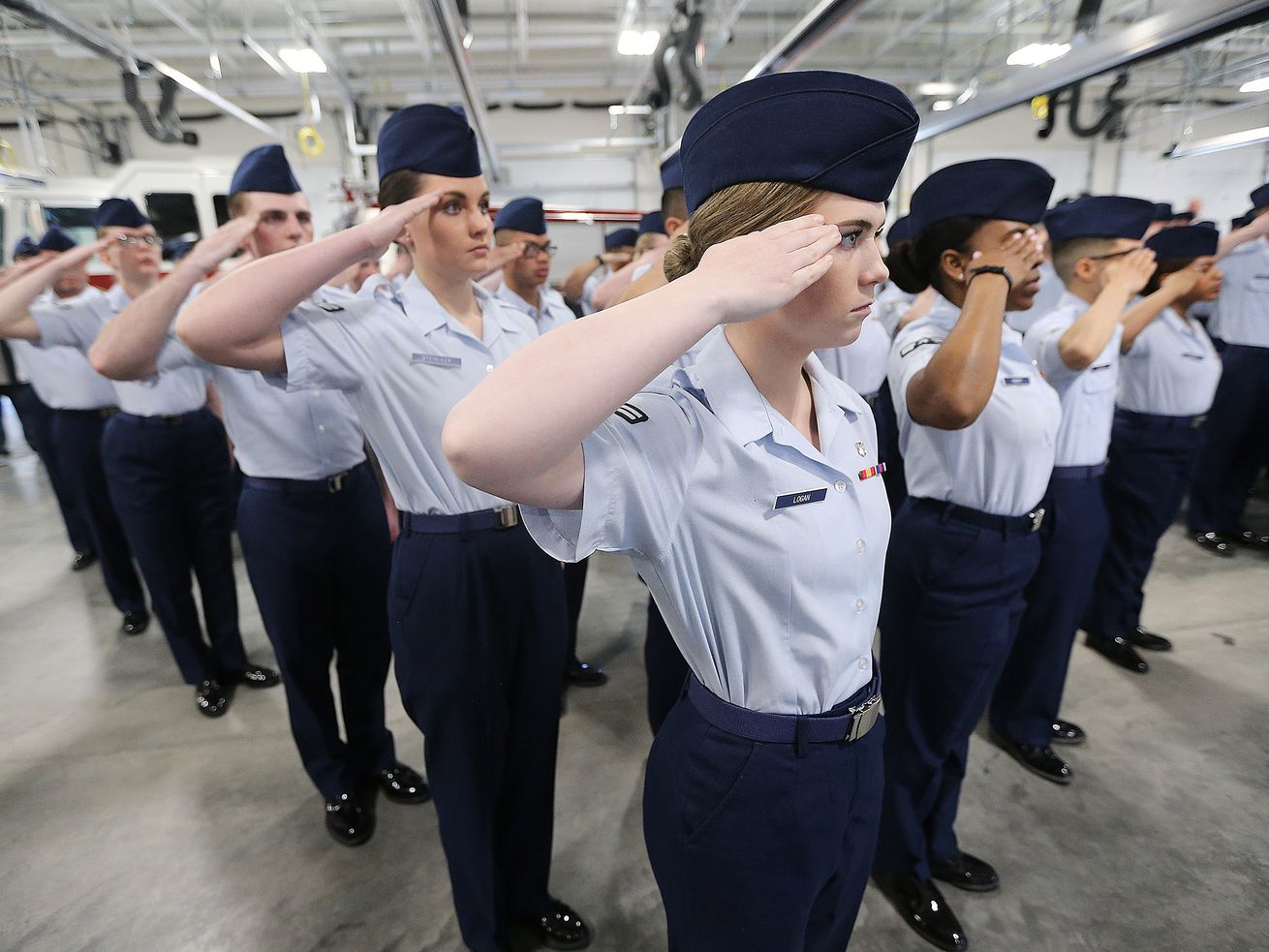 Airmen salute as Col. Jon Eberlan becomes commander of the 75th Air Base Wing at Hill Air Force Base during a change-of-command ceremony in 2018. Utah ranks among the top destinations for military families transitioning to a new duty station, with a new report giving top marks to Hill. | Scott G Winterton, Deseret News

The U.S. Air Force recently released results from its 2019 Support of Military Family comparative analysis examining the quality of public education, along with professional license portability. The study looks at support for airmen and their families and ways to eliminate challenges that exist for military families moving between duty stations.

Hill Air Force Base near Layton and Roland Wright Air National Guard Base in Salt Lake City were two of only three U.S. Air Force installations to earn top marks in the study. Air Force leaders are expected to use the report information to strengthen military retention, improve quality of life and ease transitions for airmen and their families by having the report inform future mission decisions, a news release stated.

“This is a testament to Utah’s commitment to our military members and their families,” said Gov. Gary Herbert. “Utah strives to ensure military missions are performed successfully and that Utah remains a great place for the Department of Defense to station some of its highest priority units and workload.”

While Hill and Wright were two of three installations nationally to garner top marks in both public education quality and licensure portability, Hill was the lone active-duty installation to receive the ranking, with Wright as the one National Guard facility to achieve high marks. the report stated.

One of the things that Utah has done a very good job of is remove the barriers that state to state transition for the families presents as much as possible, explained Brian Garrett, deputy director of the state Department of Veterans and Military Affairs.

“Our team as a whole here in Utah has been very proactive in trying to create opportunity and take those barriers down so it’s an easier transition for the spouse to bring their license to find a military family-friendly employer and gain employment here,” he said.

Career sustainment for military spouses and education for their children were among the biggest influences on military members’ decisions to continue service, according to the report. The study examined public education based on academic performance, school climate, service offerings, among various factors. The report also looked at current state policies and programs designed to remove barriers to license portability for military spouses.

The Beehive State was one of five states to achieve the green — most-supportive — category for license portability. In 2018, the Utah Legislature passed a measure expanding the out-of-state professional certificates the state recognizes for military spouses.

The legislation enables spouses with licensure from another state to obtain employment in Utah using their existing credentials. The …read more