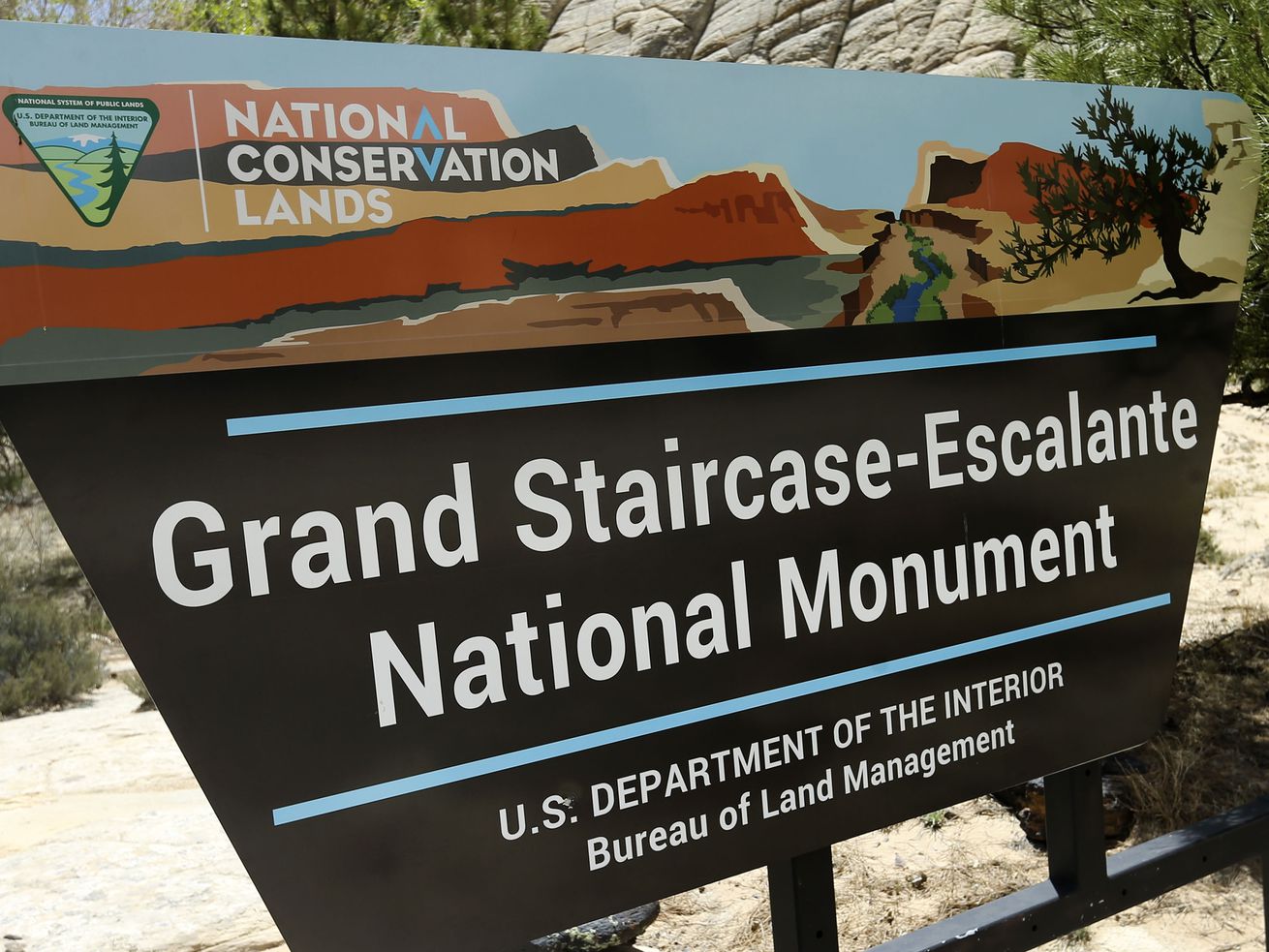 A sign notifies visitors that they are entering the Grand Staircase-Escalante National Monument near Boulder on Friday, May 14, 2021. | Laura Seitz, Deseret News

I have been amazed at the willingness of Utah’s congressional delegation to make statements that claim to represent the voice of Utah citizens when my observation has been that they do not.

I must respond to the Utah congressional delegation’s op-ed regarding the Bears Ears and Grand Staircase-Escalante national monuments. Over the years, I have been amazed at the willingness of Utah’s congressional delegation to take stands and make statements that claim to represent the voice of Utah citizens when my observation has been that they do not. In fact, the opposite has been true.

If they were to have their way and remove the national monument status, public access would be restricted and the lands used instead for destructive, money-driven industries such as mining, and oil and gas. I understand that the Utah delegation wants to keep the money coming, but that does nothing to help protect these vital lands, as they claim. Quite the opposite.

In fact, national monument status does protect critical lands by focusing on restoration rather than leasing to those that drill, cut and otherwise destroy. Bears Ears does even more by honoring the request of tribes to protect lands that are sacred to them.

As a resident of Utah, I am grateful for the action taken by Interior Secretary Deb Haaland and President Joe Biden.