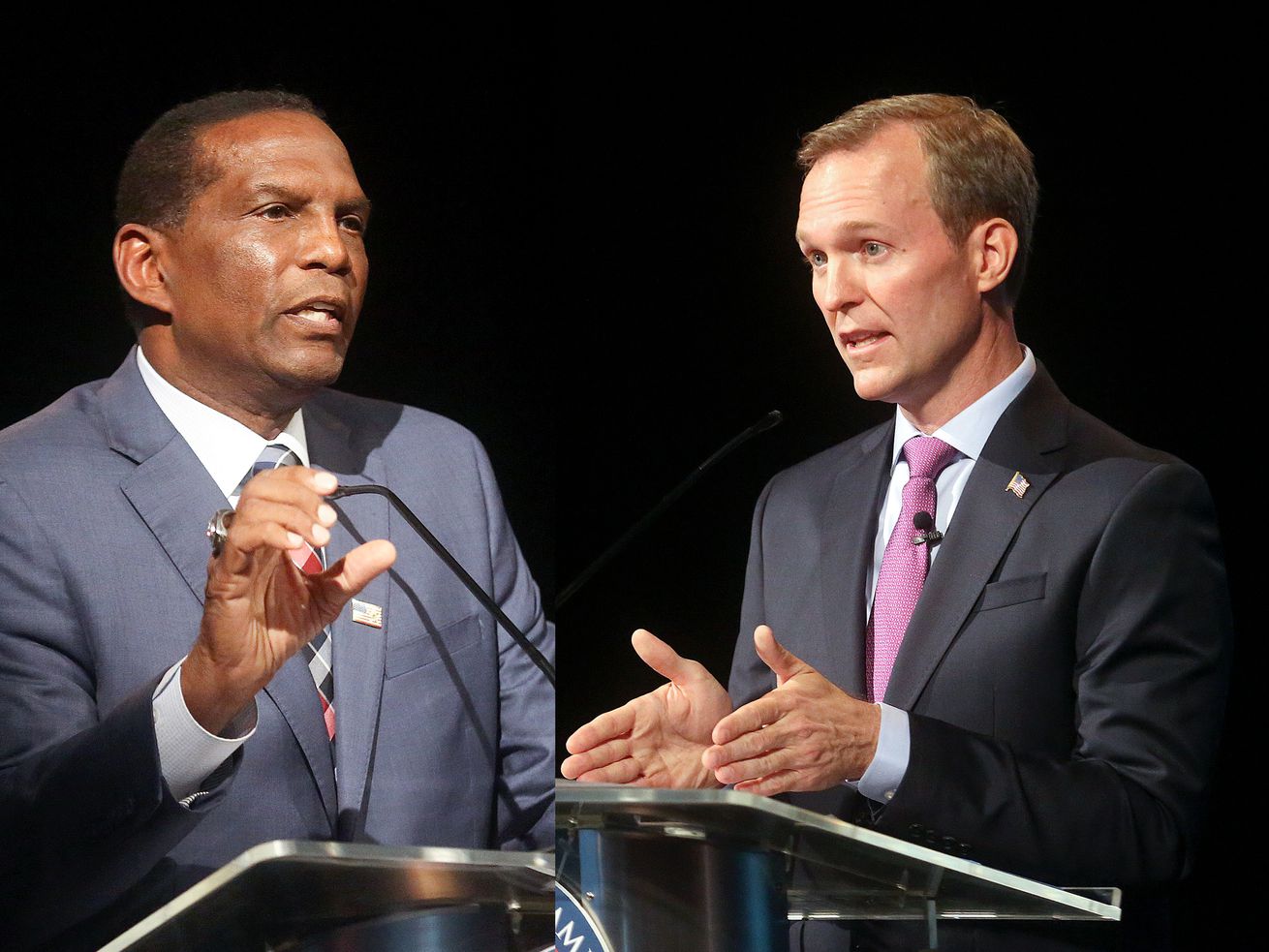 SALT LAKE CITY — Utah’s 4th District, considered one of the nation’s most competitive congressional seats this election year, is largely living up to its billing in the contentious race between Democratic Rep. Ben McAdams and Republican Burgess Owens.

Millions of dollars have poured into Utah from both Republican and Democratic political action committees to fill the airwaves with negative TV commercials, and the candidates themselves are also going after each other even as the COVID-19 pandemic has limited a lot of traditional campaigning.

McAdams, 45, is Utah’s only Democrat in Congress and is portraying himself as an independent, a moderate willing to work across the aisle and vote against his party while still supporting issues important to Democrats, such as preserving the Affordable Care Act, also known as Obamacare.

Owens, 69, is endorsed by President Donald Trump and has painted Democrats as Marxists and socialists out to undermine the American way of life, going so far as to label that party’s leaders as “narcissists” and “sociopaths” who “love misery.” He says the 4th District is key to the GOP reclaiming control of the U.S. House.

The candidates participated in only a single debate, held Oct. 12 by the Utah Debate Commission, where they staked out different positions on a range of issues, such as whether protections for pre-existing medical conditions are in jeopardy — McAdams says they are, Owens says they are not — while more or less agreeing on others, like the need to target federal coronavirus relief.

Trailer with body inside stolen from West Jordan, abandoned in Kearns

There was also friction over Owens’ appearances on programs associated with the far-right QAnon conspiracy as well as what he’s said about Democrats, and Owens repeatedly attempted to tie McAdams to U.S. House Speaker Nancy Pelosi, D-California.

The latest Federal Election Commission financial disclosures show a much more competitive race financially than the last time the candidates filed the forms when McAdams had $2.6 million in campaign cash on June 30 compared to less than $91,000 for Owens.

Owens’ campaign reported bringing in $2.5 million since then — thanks in part to fundraising by big-name Republicans including the president’s son, Donald Trump Jr., with $1 million in cash on hand. McAdams reported raising another $1.4 million, with about $637,000 in cash on hand when the forms were filed Thursday.

There’s little doubt the election will be close, said Chris Karpowitz, co-director of Brigham Young University’s Center for the Study of Elections and Democracy.

“I think that’s just what we expect from the 4th District. It’s a Republican-leaning district that has enough independents and moderates …read more