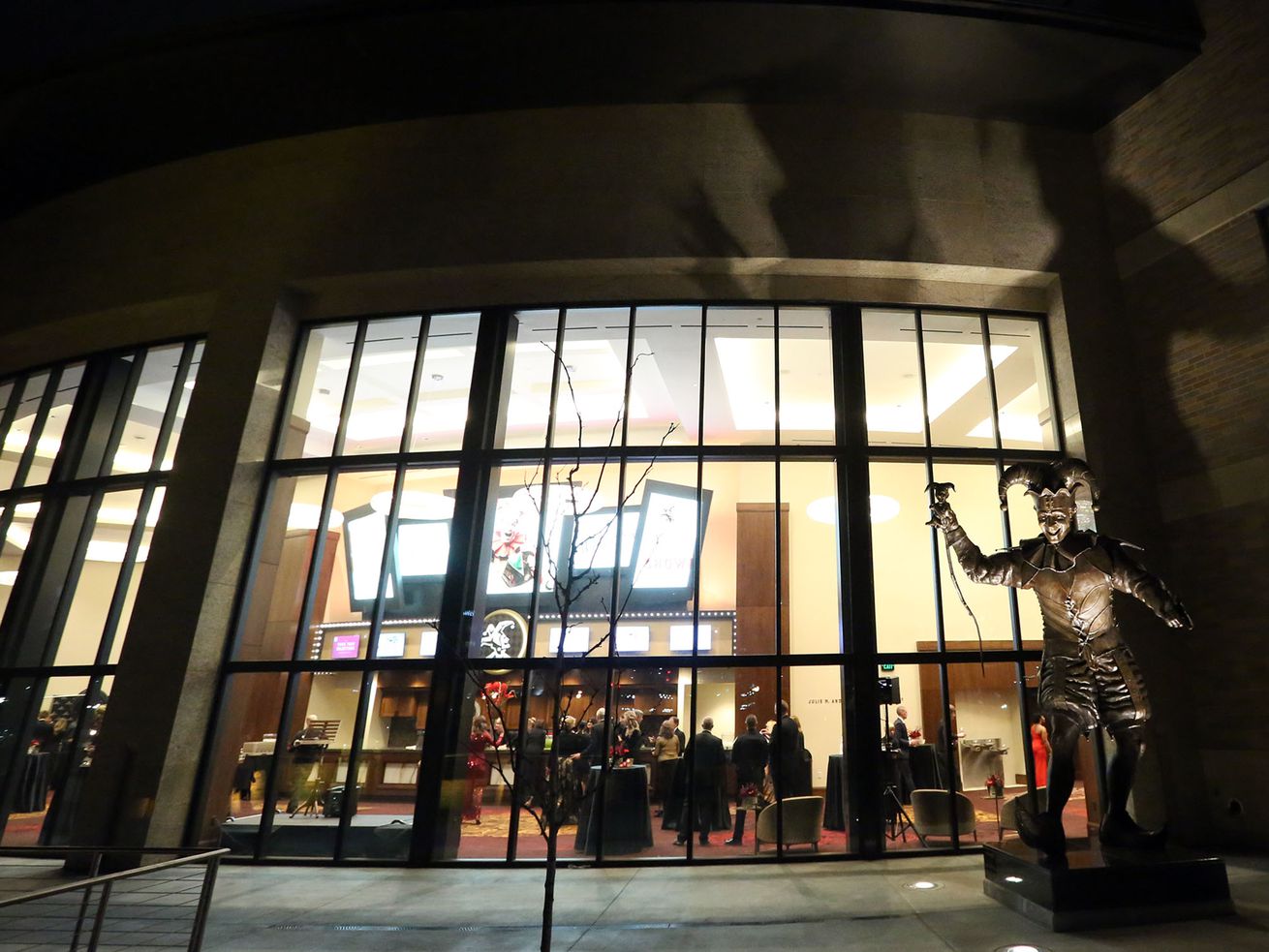 People wait for the start of Elton John and Tim Rice’s “Aida” on opening night of the new Hale Centre Theatre in Sandy on Thursday, Nov. 16, 2017. The theater has reopened, after closing its doors on March 12 due to the coronavirus pandemic. | Kristin Murphy, Deseret News

SALT LAKE CITY — After closing its doors on March 12, the Hale Centre Theatre in Sandy has re-opened, the theater confirmed with the Deseret News on Tuesday.

Here’s the production schedule for 2020, according to the website:

The announcement comes as Utah has seen a rising number of COVID-19 cases. Moving forward, the theater has put a number of precautions in place.

Placing hand sanitizing stations throughout lobby entrances
Patrons being “encouraged” to make purchases with a credit card
Having social distancing markers in place at will call and ticket purchasing lines; in front of restrooms, concessions and other locations where there are typically lines
Installing Plexiglass at each box office window
Frequently cleaning box office surfaces and other “high-touch surfaces” throughout the theater
Cashiers wearing gloves
Patrons being allowed to exchange tickets for a different performance if they are feeling sick or have been in contact with someone who has been diagnosed with COVID-19
Show programs being accessed digitally

Last year marked a record-breaking year for the theater, the Deseret News previously reported. All 859 performances sold out and the theater saw its highest attendance, with 577,743 patrons from every county in Utah.

In March, the theater had to abruptly end its productions of “Strictly Ballroom” — a U.S. premiere — and the Steve Martin/Edie Brickell bluegrass musical “Bright Star,” which is now being resumed. A couple of hundred jobs were affected, and ticket sales form about 80% of the theater’s revenue (the rest comes from foundation-based donations).

“We had to move so quickly,” Quinn Dietlein, the theater’s executive director, told the Deseret News in March. “But people have been very understanding.”

“We are extremely fortunate to be in a community that is embracing the arts like they do,” Dietlein said, adding that the theater has around 29,000 season ticket subscribers. “But the theater — it’s a nonprofit. We have to still go out and raise millions of dollars just to break even every year. We’re planning on this being a several year recovery for the theater.”