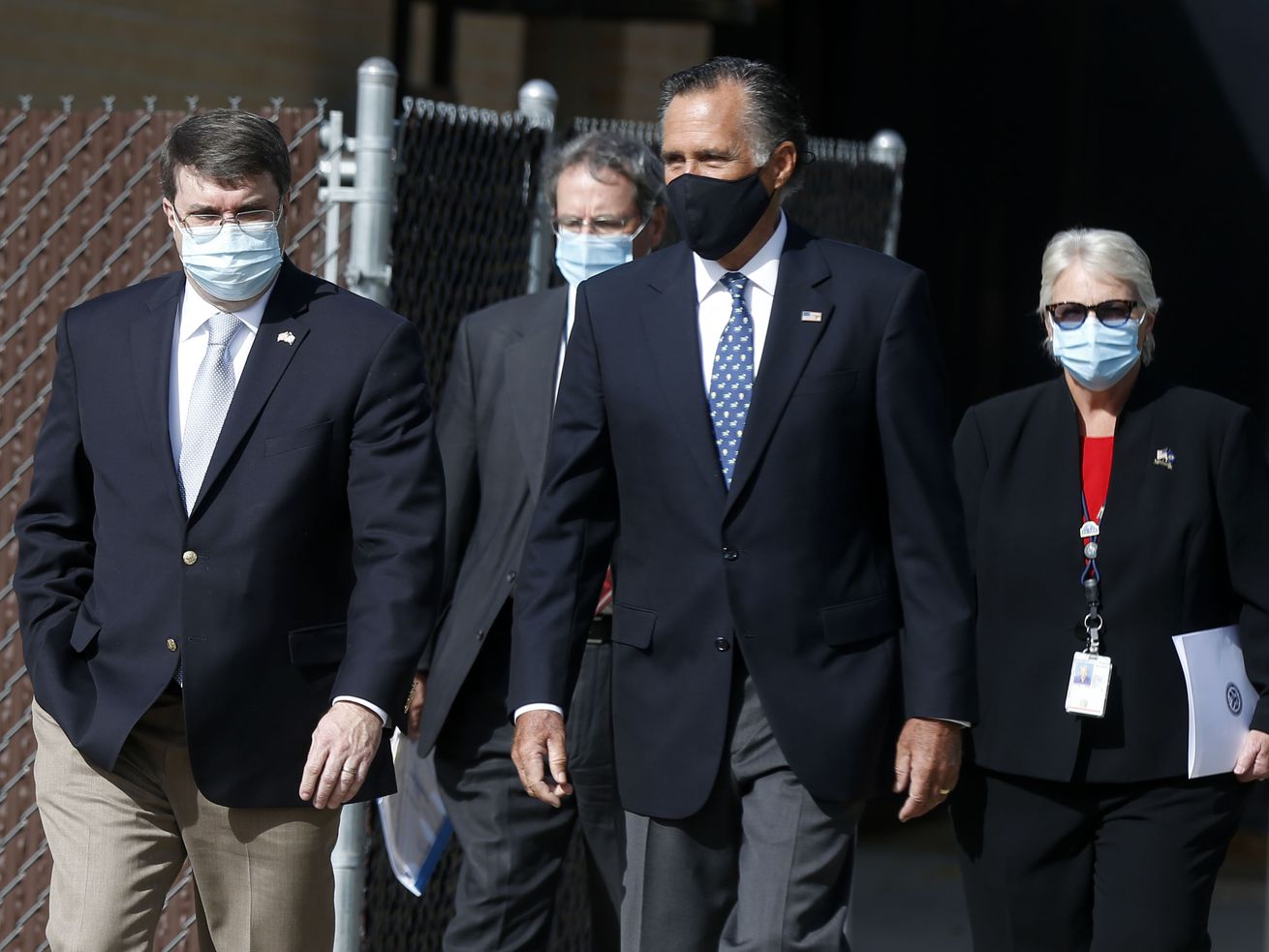 SALT LAKE CITY — U.S. Secretary of Veterans Affairs Robert Wilkie and Sen. Mitt Romney toured the VA Medical Center in Salt Lake City together on Thursday, applauding VA workers in Utah and across the nation for rising to meet the challenges presented by the COVID-19 pandemic.

“I’m here to thank the VA employees here in Salt Lake,” Wilkie said to reporters after his tour. “They have stepped forward during these incredibly trying times, not only providing sustenance and service to the veterans of Utah but they have deployed throughout this state and actually across the country to serve their fellow citizens.”

Wilkie said as demand for VA Telehealth services has skyrocketed amid the pandemic, Utah has increased Telehealth appointments by 120% and is leading the way for other states in the nation.

“This is the epicenter,” Wilkie said of Utah. “This is where we’re training VA employees from across the country to reach their fellow veterans through Telehealth.”

Romney, who joined Wilkie on his tour of Salt Lake’s VA facilities, said he was “honored” to welcome Wilkie to Utah, describing how they toured Telehealth pods, the prosthetics lab, and the canteen where Wilkie met with workers to “express appreciation for each of the (employees) that work in this extraordinary facility.”

Wilkie said in the last three months, his department’s tally of veteran deaths due to COVID-19 has “sadly” increased by about 1,000, to about 3,200 across the country.

Out of about 9.5 million U.S. veterans, Wilkie said currently less than 400 are hospitalized. “We have seen a spike in terms of infections, but not in terms of hospitalization,” he said.

However, Wilkie said the VA system is prepared “in the event there is a major surge,” noting “dozens and dozens” of rooms have been converted to treat infected patients and protect VA staff.

The “good news,” Wilkie said, is out of the VA’s 134 nursing homes and about 7,500 nursing home patients, only three have tested positive for COVID-19. He credited that to efforts to ensure that vulnerable population is isolated and protected, though that has come with its own costs.

“We had to make some very tough decisions at the beginning of this,” …read more