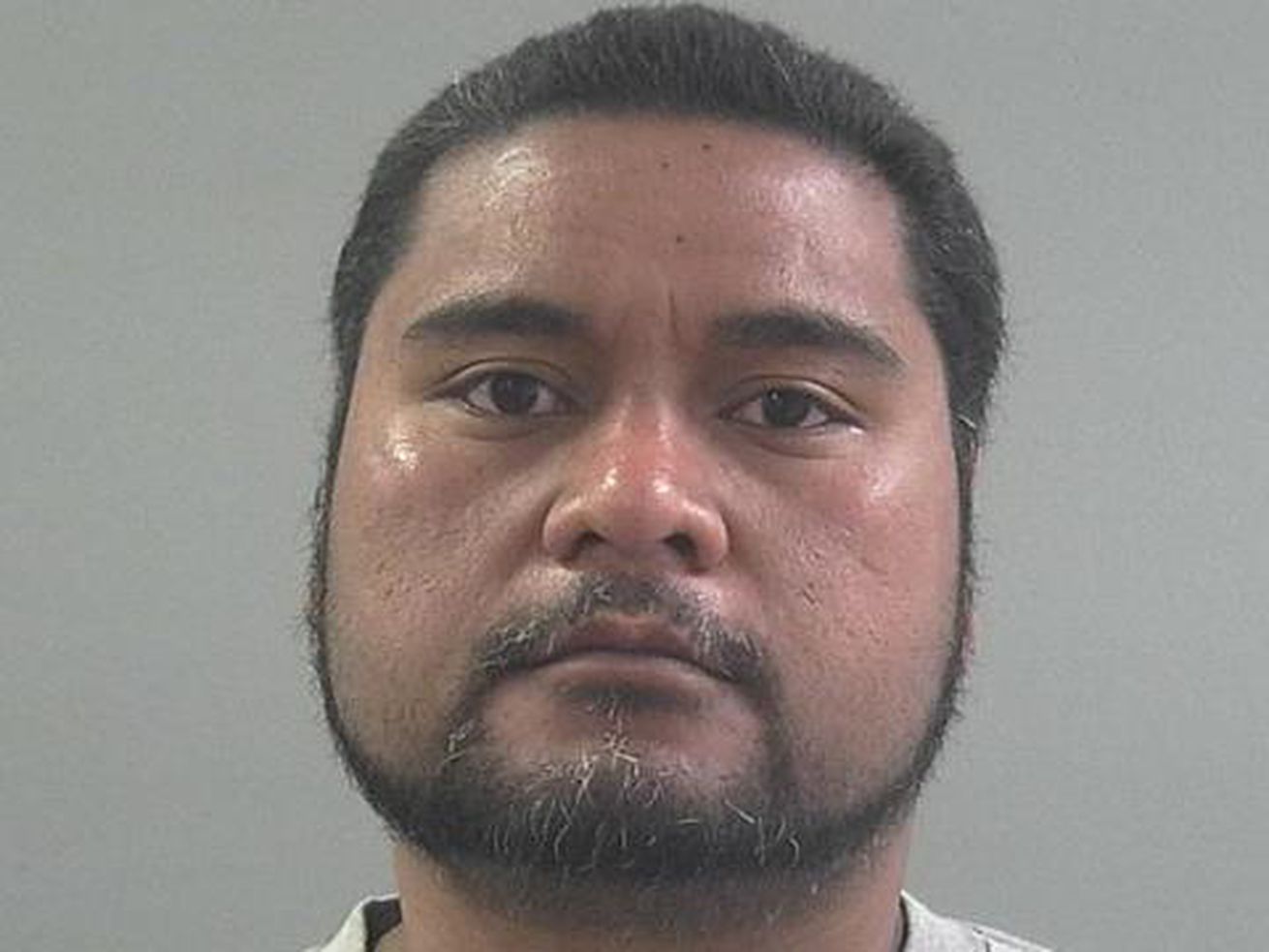 Andy Dennis, 37, was charged Thursday with murder weeks after the body of his girlfriend, Lopine Toilolo, was found in Ogden Canyon. | Weber County Jail

OGDEN — Andy Dane Oketang Dennis strangled his girlfriend to death before dragging the woman’s lifeless body on the ground and dumping it at the mouth of Ogden Canyon near the river, according to police.

Criminal charges were filed Thursday against Dennis, 36, of Pleasant View, charging him with murder, a first-degree felony; two counts of obstruction of justice, a second-degree felony; and abuse or desecration of a dead body, a third-degree felony.

Dennis was arrested on Wednesday in connection with the death of Lopine “Chynna” Toilolo, 30, of West Jordan, confirming the fears of Toilolo’s family who believed Dennis was responsible ever since Toilolo’s body was found on May 12.

The first responding detectives to the mouth of Ogden Canyon “saw patterns on her body that would suggest that she died face down on some type of blanket or sheet. There was evidence of drag marks on her back and evidence of dragging in the dirt around where the victim was lying. It appeared to investigators that the victim died at a different location from where she was discovered,” according to charging documents filed in 2nd District Court.

After positively identifying Toilolo, deputies learned she had been reported missing earlier that same day by her family in West Jordan.

“It was also discovered that this individual was involved in an incident in Pleasant View where complainants reported a disturbance involving the subject and her boyfriend Andy Dennis,” the charges state. “In the Pleasant View incident, neighbors reported that the victim was yelling, banging on their windows, and ringing doorbells at approximately (4:40 a.m.).”

That happened two days before Toilolo’s body was found, on Mother’s Day, May 10.

Neighbors also told police they saw Toilolo leaving with Dennis in his vehicle just after 5 a.m., according to the charges. One neighbor took photos that were later given to investigators, the charges state.

Toilolo’s family told police the last they heard from her was at 3 a.m. when she sent a text message stating she was on her way home.

When asked about Toilolo, Dennis gave family members and the Weber County sheriff’s deputies conflicting stories. At first he claimed Toilolo left by herself at 5 a.m. in an Uber after the two had gotten into an argument, the charges state. He later claimed he left with her and dropped her off in West Jordan, according to police.

Using cellular data, detectives learned that Dennis’ cellphone “pinged” off towers “throughout Ogden Canyon and up to the Pineview Spillway until about 10:45 a.m.” on May 11, the charges state. “There is a camera at the mouth of Ogden Canyon that was reviewed after the examination of the cellular tower records. While reviewing the video, Andy’s car was observed entering Ogden Canyon going eastbound at 9:42 a.m. on (May 11).”

As part of the investigation, Dennis’ two children were interviewed. During the first interview, …read more