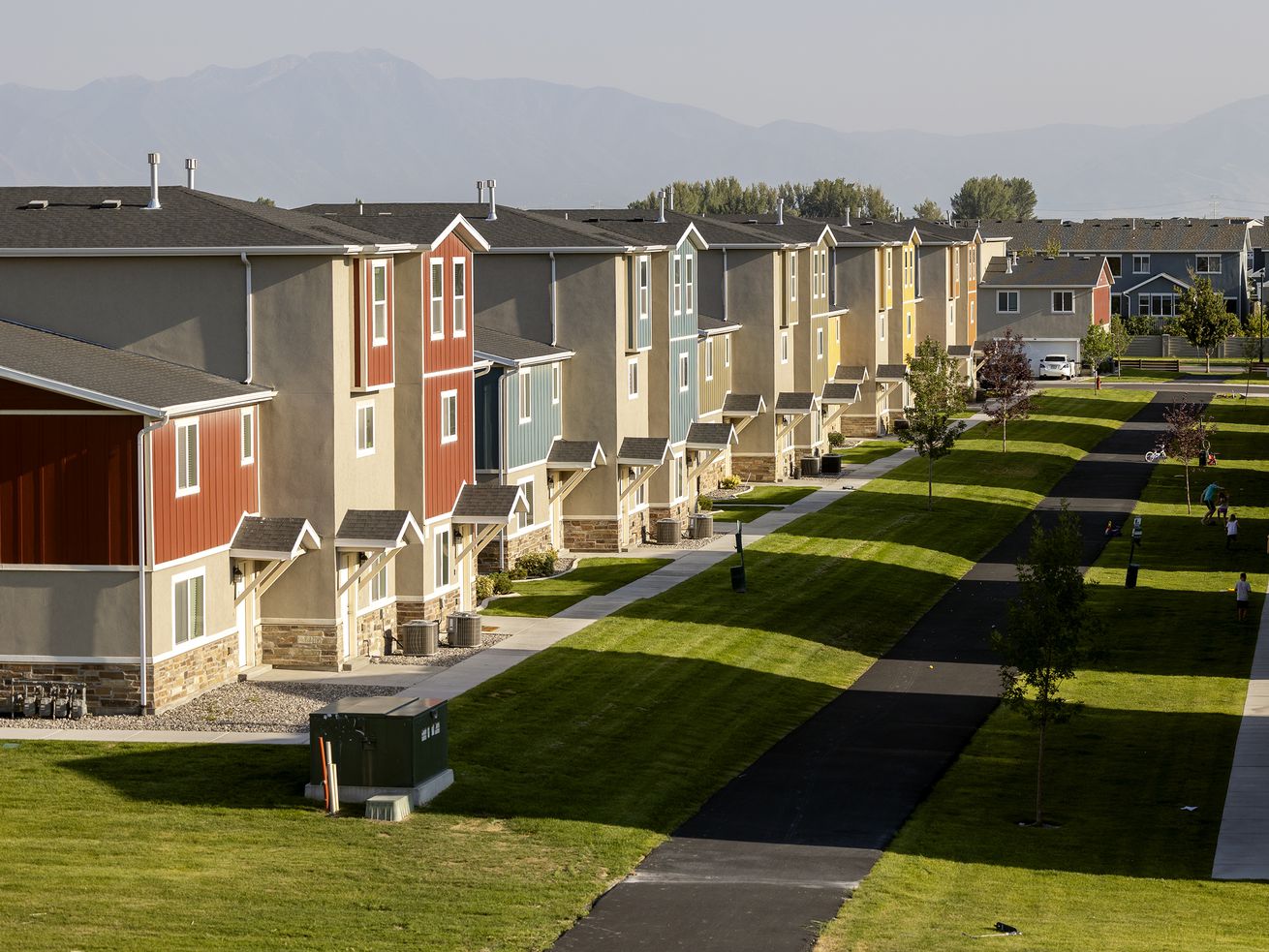 New housing in Vineyard is pictured on Wednesday, Aug. 11, 2021. Utah is currently facing a “severe imbalance” in its housing market, according to a recent study. | Scott G Winterton, Deseret News

Utah is behind only Idaho in 2020-21 home price increases, new report says

Utah is among the top states in the West and the nation with record-breaking housing price increases — and is now facing a “severe imbalance” in its housing market.

Housing prices have skyrocketed so much, now more than half of Utah’s households are unable to afford the state’s median priced home, which for single-family homes was $460,000 in 2021. For renters, these relentless price increases mean the path to ownership has narrowed even further.

That’s according to the latest research released Wednesday by the University of Utah’s Kem C. Gardner Policy Institute in a report titled the State of the State’s Housing Market.

By the end of 2020, Utah’s median home sale price climbed to $380,000, pricing out about 48.5% of Utah households. Prices continued upward in 2021, and now more than 50% of Utah households can’t afford to buy. For renters, realities are even more challenging. In 2019, the median priced home was already out of reach for about 63% of renter households. In 2020, that share of priced out renters increased to nearly 73%, according to the report.

“Utah has a long history of rapid price acceleration in housing,” said one of the report’s authors, James Wood, the Ivory-Boyer senior fellow at the University of Utah’s Kem C. Gardner Policy Institute, during a panel discussion about the report Wednesday morning.

Utah lawmakers made the state prosperous; Here’s how

But over the past year, especially as the COVID-19 pandemic disrupted supply chains and threw the national housing market into upheaval, Utah’s housing market has emerged as one of the hottest in the nation, second only to Idaho. In the second quarter of 2021, Utah’s housing prices increased a staggering 28.3% from 2020, ranking No. 2 in the nation for year-over-year percent increase. Idaho saw a jaw-dropping increase of 37.1%.

“An aberration, anomaly or outlier? I’m not sure,” Wood said. “But this last year, in my work on housing over many years, we’ve never seen anything like this.”

Naturally, seeing as prices have rocketed beyond what they were prior to the 2008 housing market crash and the ensuing Great Recession, Wood said he’s often asked, “Do we have a housing bubble?”

“I believe that a housing bubble is unlikely,” he said. “First of all, bubbles are defined by a prolonged period of price decline, not deceleration or moderation, but actual price decline.”

Even though both “brief and prolonged” price declines in Utah have always come with job losses and recessions, “neither appears likely in the next two to three years,” the report states.

“And I think the financial markets and household balance sheets are much better off than they were when we had what I consider really (Utah’s) only housing bubble,” Wood said, during the Great Recession when the state saw …read more