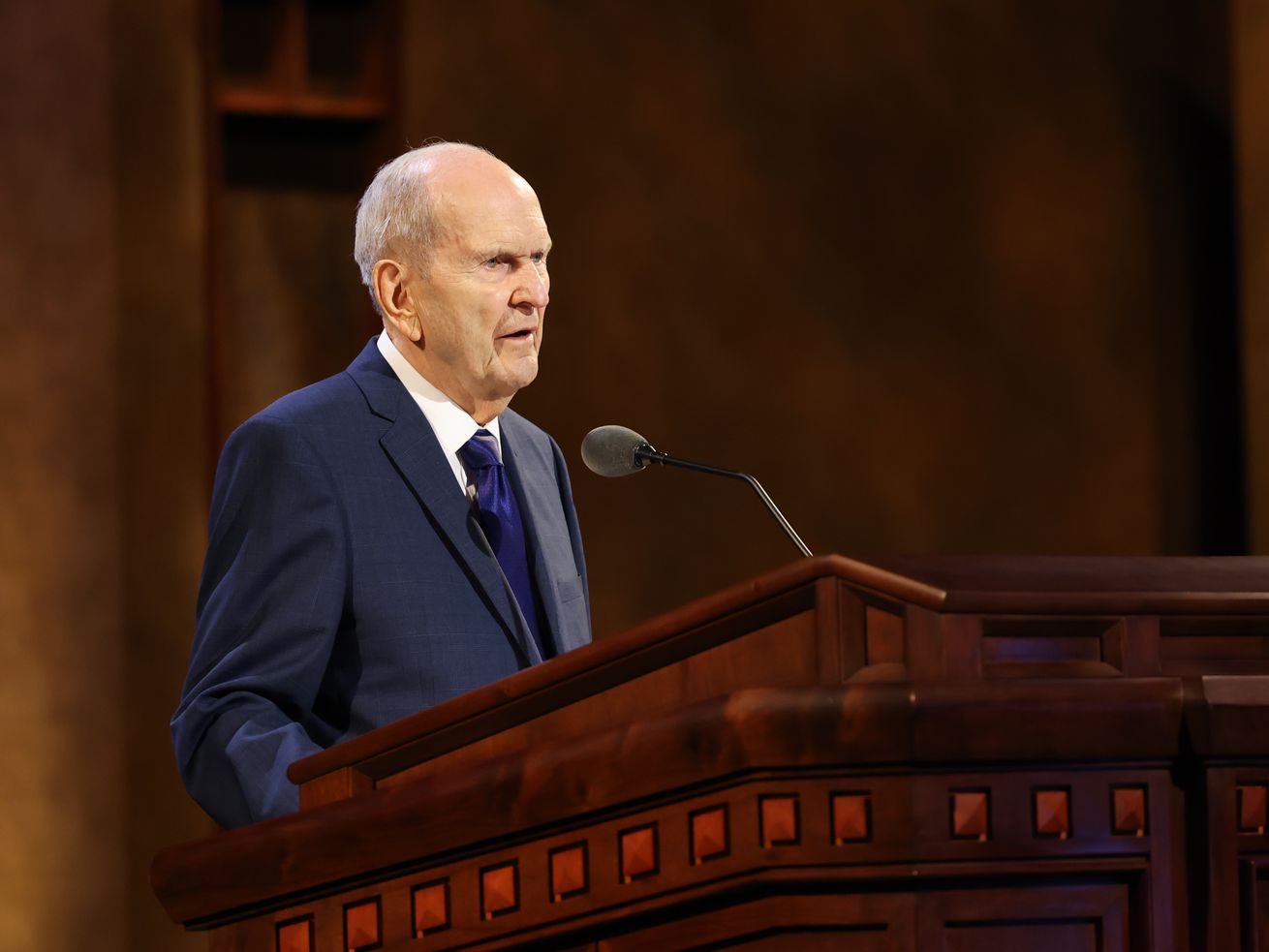 Watching from her Smithfield, Utah, home Sunday afternoon, Barbara Gutke said she “squealed” with delight when President Russell M. Nelson announced plans for her hometown to have temple of The Church of Jesus Christ of Latter-day Saints.

The 96-year-old, who proudly proclaims to be two months and one day older than President Nelson, was so moved by the Smithfield Temple news that she watched a recording of the announcement multiple times. Then she spent all Monday morning answering the telephone and sending texts messages to dozens of people.

She wasn’t the only one. Heartfelt reactions like hers resounded in many Latter-day Saint gatherings where a new temple was announced, but particularly in the western United States where nine of the 20 temples will be built.

“We want to bring the house of the Lord even closer to our members, that they may have the sacred privilege of attending the temple as often as their circumstances allow,” President Nelson said at the end of general conference.

In trying to end uncertainty, the Premier League’s Big Six show they know nothing of their sport

Gutke’s friend, Linda Sorenson, was at first “amazed” at the large number of temples announced, but on second thought, was not so surprised.

“President Nelson is such a forward-moving prophet and he’s getting the work done,” she said.”

For many Latter-day Saints in these outlining areas, their initial reaction was one of shock and disbelief, followed by jubilation and tears of gratitude in honor of pioneer ancestors, for answered prayers and knowing that in the near future they would not have to drive for hours to attend the temple, especially in winter conditions.

For David Pickett, a Latter-day Saint who lives within a 30-minute drive of Burley, seeing this western push of temples is also a fulfillment of prophecy.

“This is what we’ve known would happened and what we’ve learned our entire lives — that the temples would dot the earth — and we’re seeing it,” Pickett said. “And it’s a beautiful thing to see.”

The Deseret News spoke with several Latter-day Saints from some of the new temple locations. Here are their thoughts.

As President Nelson started down the list of 20 temples Sunday, lifelong Burley resident Clay Handy jokingly added, “Burley, Idaho,” after each one.

When Helena, Montana, and Casper, Wyoming, were mentioned, the 66-year-old former Latter-day Saint bishop thought, “Wow, there’s as much demand in Burley as in those places.”

When he heard Burley named, Handy burst out yelling, joined by his large family. One family member later told him she wished she had …read more

Is the Dogecoin bubble as irrational as it looks?