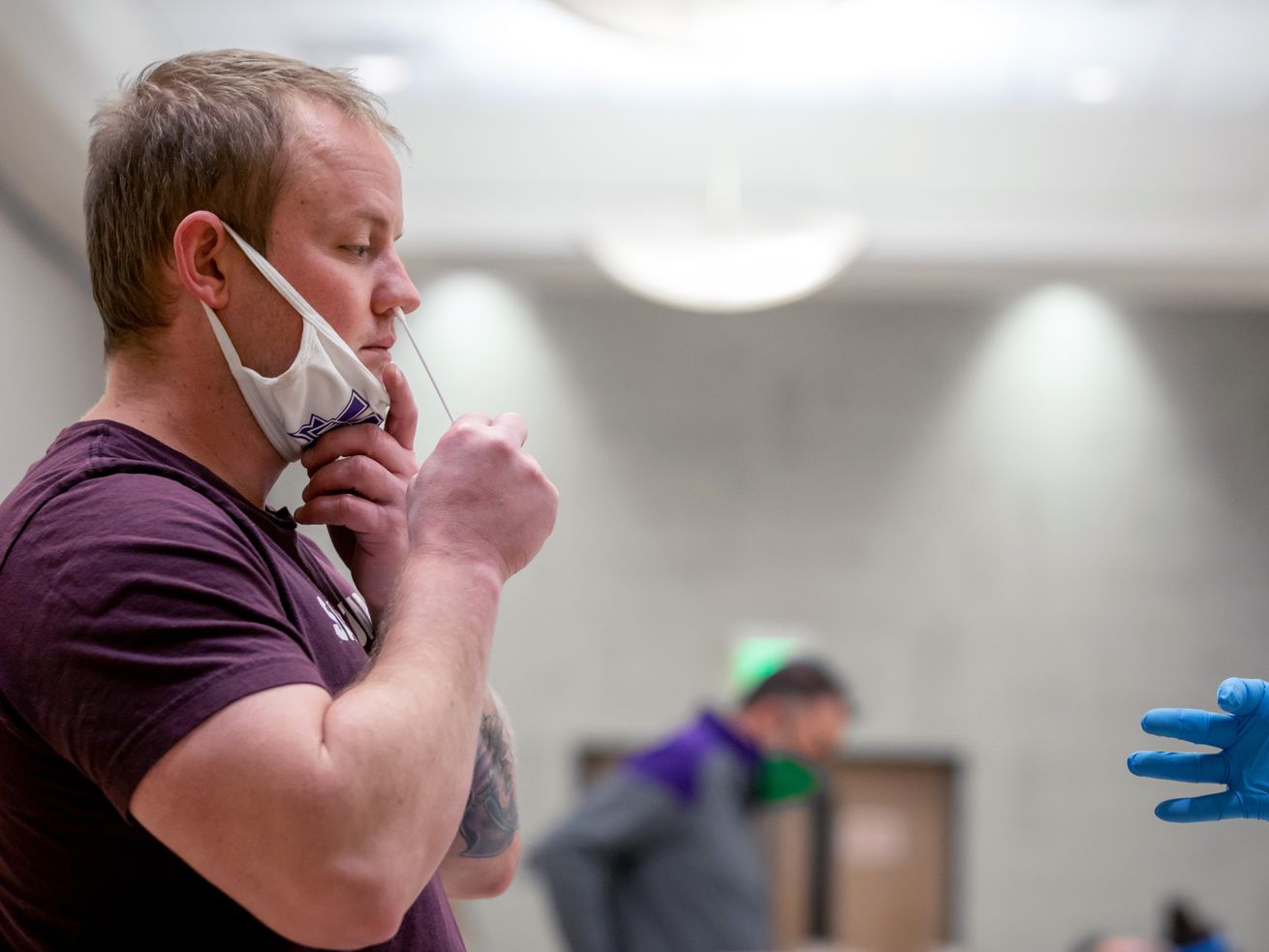 SALT LAKE CITY — Efforts to test college students and staff for COVID-19 using rapid antigen tests reveal positivity rates on one Utah campus as low as 1%, but as high as 9% on another.

Weber State University, which had conducted 2,400 tests as of Tuesday, reported a 1% positive rate with the rapid antigen test, spokeswoman Allison Hess said.

At Utah Valley University, 3,250 rapid antigen tests were conducted between Oct. 29 and Wednesday with a positivity rate of 8% to 9%, said spokesman Scott Trotter.

The University of Utah, which aspires to conduct some 30,000 tests before the Thanksgiving holiday, had scheduled 8,202 total tests as of Tuesday.

End of day Tuesday, 3,883 rapid antigen tests had been conducted with 77 of them positive for a 1.98% positivity rate, said U. spokesman Christopher Nelson.

Some 4,000 Utah State University students have been tested and the positivity rate for the rapid antigen test is 1.4%, according to USU spokeswoman Emilie Wheeler.

“From the rapid antigen testing, we are seeing about 10 positive tests each day, and nine of those have no known exposure or have mild symptoms they didn’t readily connect to being ill with COVID-19,” Wheeler said.

The most common “mild symptoms” included a headache or a slight sore throat upon waking that goes away. “This reinforces the importance of paying attention to any symptoms and staying home with even mild ones,” she said.

USU is working to make student testing available by the end of the week at its Blanding and Price campuses in time for Thanksgiving break, Wheeler said.

The rapid antigen tests can produce results within 15 minutes. It requires a swab of a lower nostril, which is applied to a test card roughly the size of a credit card, which can detect the presence of proteins found on or within the novel coronavirus.

The University of Utah, Weber State and Utah State launched testing with the rapid tests last week while UVU’s testing window has been longer.

Although both the U. and USU will shift to online learning for the remainder of the first semester following Thanksgiving, both campuses have made arrangements for students who test positive and may need to remain on campus to isolate or quarantine, although USU has told its students they can choose where they quarantine or isolate.

Both campuses plan to offer a full Thanksgiving dinner to students if they remain on campus through the holiday, with meals delivered to those isolating or quarantining.

Aside from students waylaid by COVID-19, the University of Utah has about 1,000 resident students who remain on campus during the upcoming holiday breaks due to “extenuating circumstances, primarily …read more