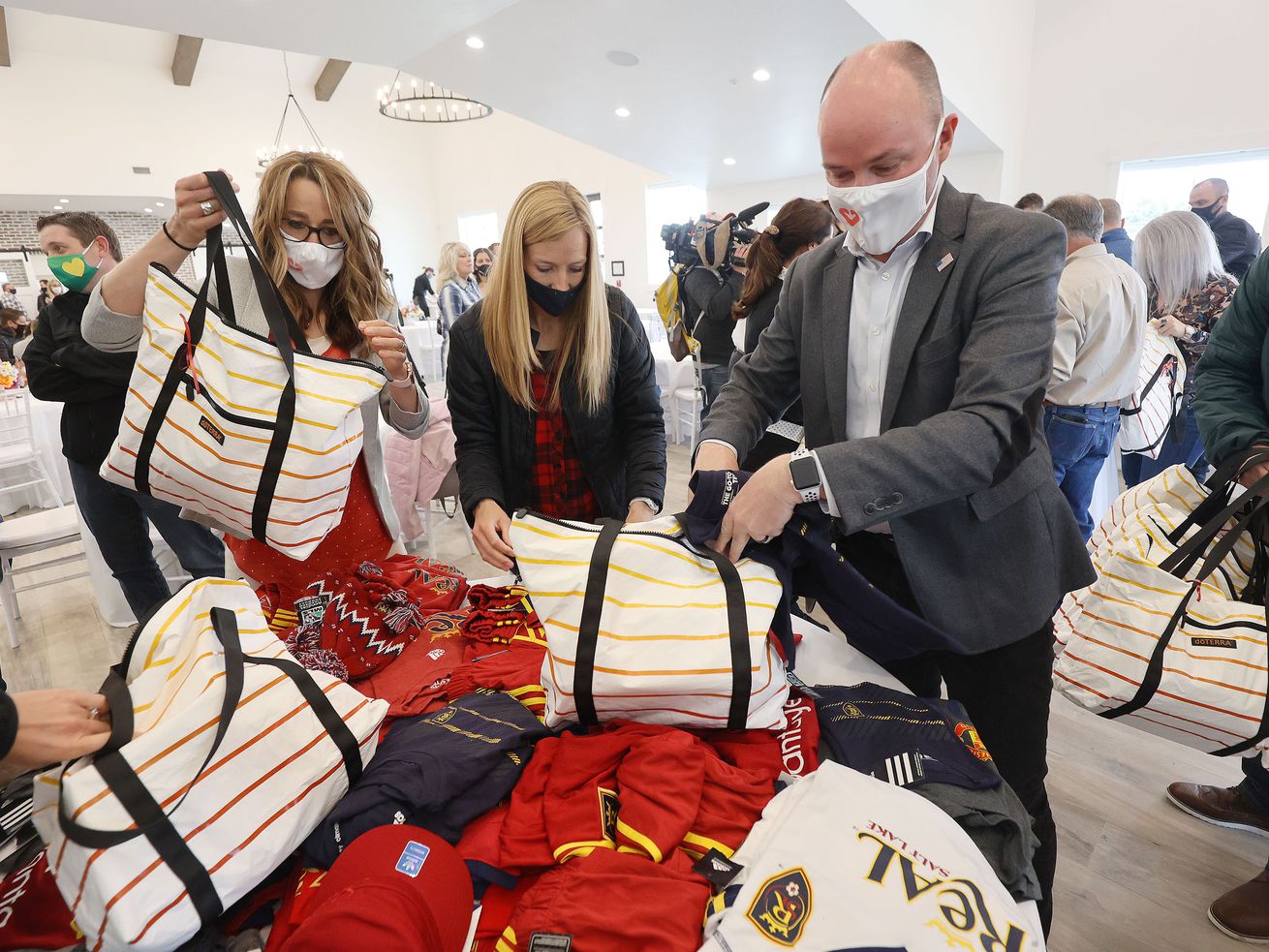 Utah Gov. Spencer Cox told the 1,904 delegates in attendance at the Utah Republican Party’s Organizing Convention on Saturday that they need to spend more time volunteering and coming together.

Cox, and Sen. Mitt Romney received obvious disapproval at moments from some in attendance, but they and other political leaders continued to emphasize the need for unity as the state convention to select a new party leader got underway.

“Government was never designed to solve all of our problems,” Cox said. “If we want smaller government, we need bigger people.”

He encouraged Utah’s GOP to engage in better behaviors — “instead of protesting at the home of a local health care leader,” serve at the local food bank; and “instead of listening to another talking head on some radio or news program,” engage a new neighbor in uplifting conversation.

“We are not a selfish party … and it’s time to act like it,” Cox, who endured erratic boos from many in the crowd, said on Saturday. The newly elected governor, who’s approval ratings have continued to climb throughout his months-long administration, said he’s made good on many of his campaign promises, including cutting taxes, cutting regulations and dealing with the pandemic.

He said that at the end of this school year, students will no longer be required to wear face masks, drawing strong positive reaction from the crowd.

“And there will be no more masks this fall. That is done,” Cox said to applause.

The crowd at the Maverick Center in West Valley City turned on Sen. Mitt Romney when he appeared on stage, to the point of having to be told by outgoing party chairman Derek Brown to “be respectful.”

“Aren’t you embarrassed,” Romney chided, adding that he knows some people don’t like him.

“We love our country, God, family and respect women and authority,” Owens said, prior to denouncing racism and bigotry.

Lee thanked the crowd for being there.

“It’s a sign that you have faith in our future … that you’re optimistic about our future,” he said before criticizing …read more