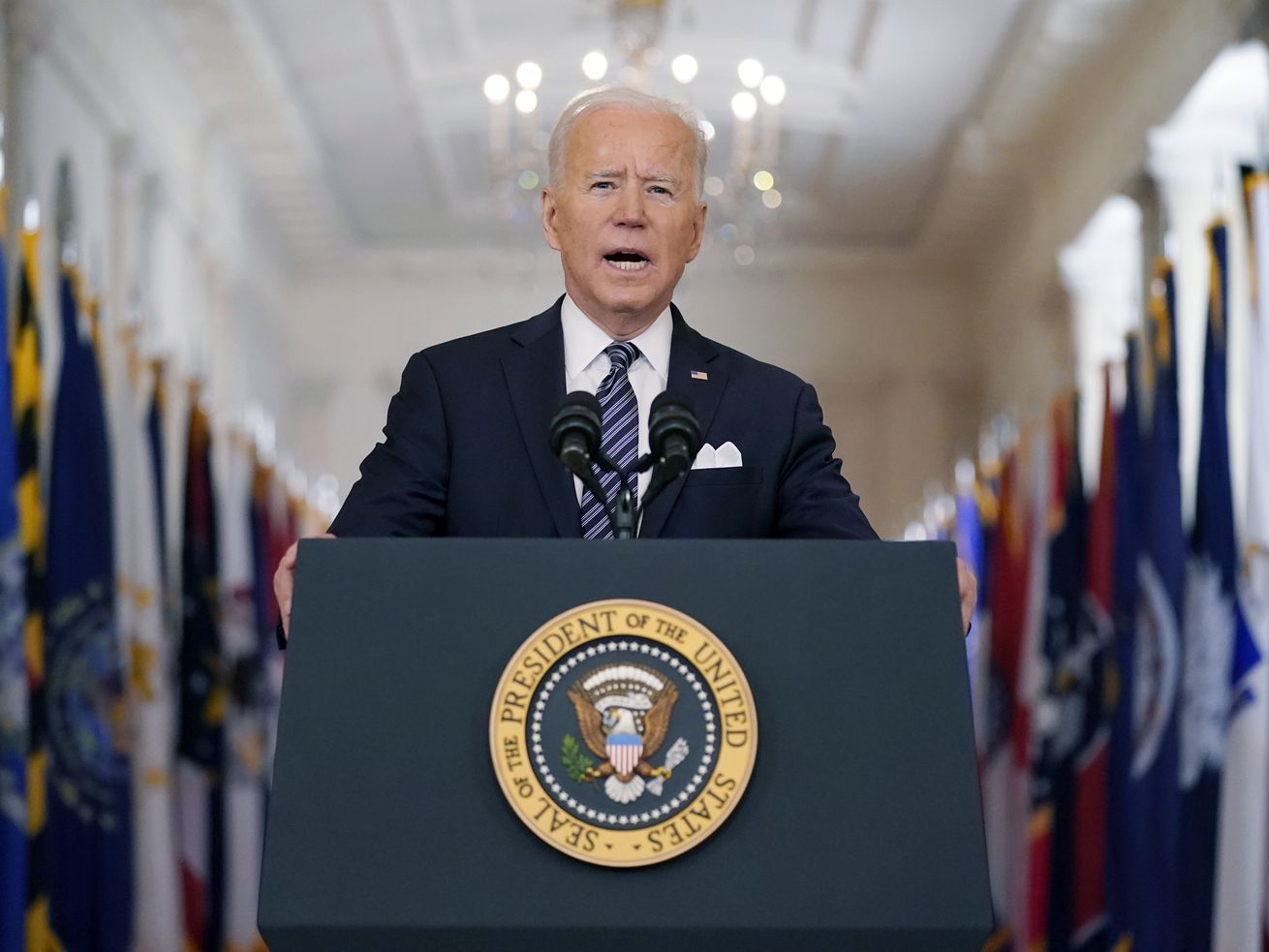 President Joe Biden speaks about the COVID-19 pandemic during an address from the East Room of the White House, Thursday, March 11, 2021, in Washington. According to a recent poll, Utahns have not warmed to Biden’s job performance. | Andrew Harnik, Associated Press

Utahns don’t appear to be warming up to President Joe Biden as his approval rating took a downward turn in the latest Deseret News/Hinckley Institute of Politics poll.

And Republicans in the state especially find the performance of the new president dismal a little over two months into his first term.

The poll shows 40% of voters in the state approve of the job Biden is doing, while 56% disapprove, including 46% who strongly disapprove. The overall approval and disapproval numbers are 5 points worse than they were just last month.

The situation at the U.S. border with Mexico and the growing perception that the president is acting in a way that polarizes rather than unites the country are two of the main reasons his numbers are down, independent pollster Scott Rasmussen said.

“Both are likely to have a bigger impact on Republicans and independents rather than Democrats,” he said.

Among Utahns who identified themselves as Republicans in the poll, 85% disapprove of how Biden is doing his job. Among those who identify as conservatives, the disapproval rating jumps to 92%.

Conversely, 92% of Democrats and 89% of liberals approve of the president’s job performance, according to the poll.

Rasmussen surveyed 1,000 Utah registered voters March 26-31. The poll has a margin of error of plus or minus 3.1 percentage points.

Letter of the week: A concept that could work

“Overall, it doesn’t surprise me. We’re in conservative Utah,” Scott Howell, a former Democratic Utah Senate leader and Biden campaign surrogate, said. “We still have a significant amount of people who think the former president won the election.”

“The difference is explained almost entirely by partisan mix. Utah is more Republican than the nation at large,” he said.

Biden didn’t do well in Utah in the November election, getting just under 38% of the vote. Former President Donald Trump won the state with 58% of the vote. Trump, though, left office with the lowest approval rating of his presidency.

Howell said he’s just grateful for the number of Americans who have received COVID-19 vaccinations under the Biden administration and that there is a substantive plan to reopen schools and get the economy on its feet. He said he breathes a sigh of relief for not having to wake up to Trump’s belittling and threatening tweets every morning.

“There’s a true, genuine leader running the country,” he said.

Biden fares better among Utahns overall in his handling of the COVD-19 pandemic, though that, too, splits along party lines.

The poll found 50% of residents approve of his performance, while 45% disapprove when it comes to dealing with the virus.

Only 29% of Republicans approve of the president’s coronavirus response, compared to 91% of Democrats, the survey shows.

Members of Utah’s all-Republican congressional delegation have criticized Biden on a number of fronts, …read more