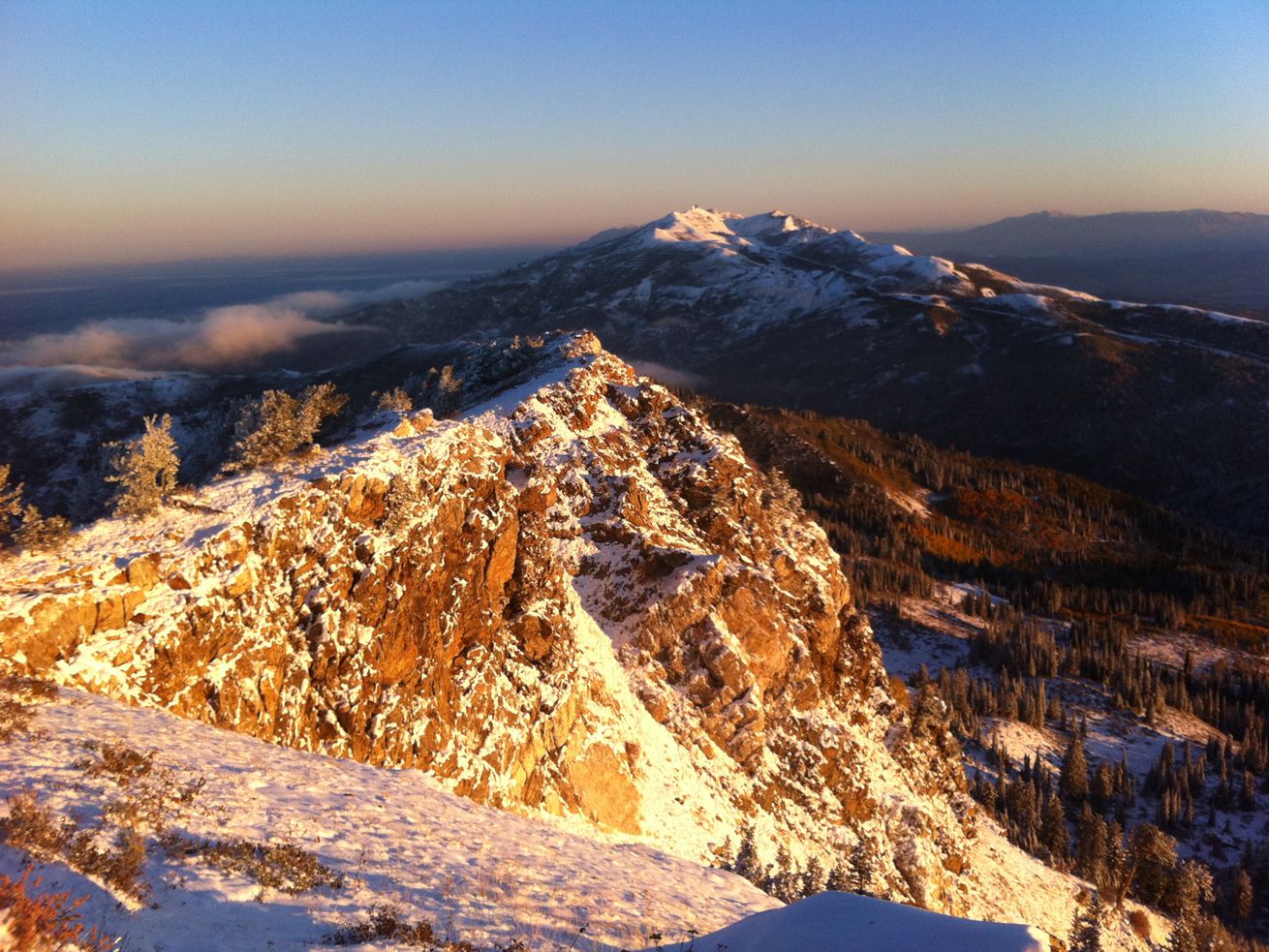 At the top of Bountiful Peak. | Keaton Reed

In the 1950s, a study was done to see if there was spot in Davis County for a ski resort and Alf Engen checked it out

Why doesn’t Davis County have any ski resorts?

According to the Davis County Clipper of June 13, 1958, a study was done that year in the Bountiful Peak area (just south of Farmington Canyon) to determine the feasibility of ski runs being constructed there.

Alf Engen, best known for his ski school at Alta Ski Resort and his pioneering of powder skiing, studied the Wasatch Mountains in Davis County for possible ski runs.

“Mr. Engen was particularly impressed with one spot southeast of Bountiful Peak,” the Clipper stated, indicating that it had more promise than Brighton Ski Resort did.

However, the next step was studying aerial photos, along with the feasibility of the Farmington Canyon road being open year-round.

Aerial pictures apparently showed the terrain to be not as suitable as initially thought. Also, the construction of a radar station on Francis Peak to the north compounded year-round travel safety for the area. The Weekly Reflex newspaper of Oct. 6, 1960 (available on Newspapers.com, subscription required), stated that the Bountiful Peak was still “being checked out for a ski haven.” That was the last word on a Davis ski resort.

The Davis News Journal of May 19, 1959 (available on Newspapers.com, subscription required), explained that Davis County had a recreation committee studying the possibility of the winter recreation, located south and east of Bountiful Peak. It even chose an official name, “Big Sky,” as the title for the recreation area.

In the end, no ski resort or recreation area ever materialized.

However, the Clipper of March 10, 1978 (available on Newspapers.com, subscription required) reported on a federal proposal to declare the Bountiful Peak area a wilderness area. That never happened either (but at least you can access the area seasonally by the dirt road that goes up Farmington Canyon and heads south along the mountain top to the “B” on the mountainside in Bountiful).

• Utah Avengers: The Davis County Clipper of June 12, 1942, carried an eye-catching headline in today’s world — “Davis County men join Avengers.” Of course, it wasn’t the Marvel Comics’ Avengers, but it was a World War II unit, the Utah Avengers Naval Unit. The men, Harry B. Blanchard and Ernest Lehnhof, were known as “Utah Avengers” and were among 12,235 men at the time who had taken the oath of naval service.

• Wild ballon ride: Just over four decades ago, there was a wild balloon ride in Davis and Morgan counties. “Balloon Crew Launched From Lagoon; Ends With An Unforeseen Ride,” was the headline in the May 26, 1978, Clipper. A story, written by Roselyn Kirk chronicled how three people went on a hot air …read more